How Every Myers-Briggs Type Shops at Aldi 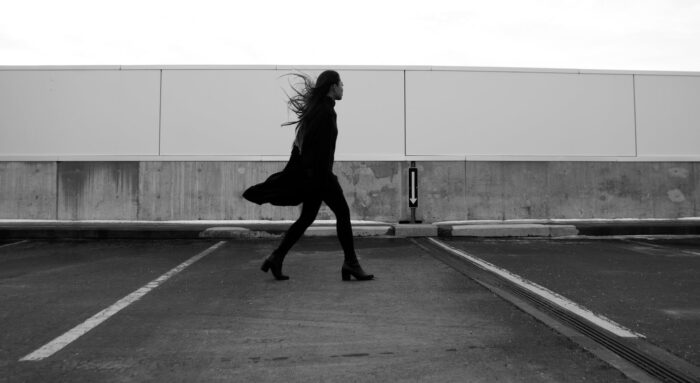 EDITOR’S NOTE: Read our other post about the kinds of people you meet at Aldi here.

Rachael and Elizabeth also helped contribute to this post.

Every shopper looks at Aldi a little differently. Some shoppers only care about the necessities, and some love the things they don’t really need. Some come for low prices, and some come for private labels they’ve come to love.

In other words, there are a lot of different personalities at Aldi. We love shopping at Aldi. We also happen to be interested in Myers-Briggs personality types, which attempt to peg people as introverts or extroverts, thinkers or feelers, and so on.

So here is our unscientific take on what each Myers-Briggs type might do when walking into an Aldi store. (If you have your own take, feel free to give it to us — along with your MBTI type — in the comments.)

Walks into the store with a categorized list that they put together and refined four days ago. Makes a point to take the aisles in the order that optimizes their time shopping, even if that means not hitting up the vaunted middle aisle right away. Frustrated by fellow shoppers who block aisles but appreciates how quickly the checkout process goes. Deliberate about sorting groceries into bags after checkout. Has a dedicated spot for the Aldi cart quarter, and no one had better touch it.

Arrives at the store with an orderly list, making their way through the store with efficiency. Buys a few extras of Willow toilet paper, Northern Catch canned tuna, and Season’s Choice frozen peas to keep the pantry and deep freezer well stocked at home in case of emergency. Helps the old gentleman in the canned goods aisle get a hard-to-reach soup can. Makes a point to place heavy and bulky items like milk and canned tomatoes onto the checkout belt first so that the cashier can optimally load their new cart. Silently thanks the checkout worker for their speed and efficiency, then takes a space farther down the bagging table so the mother of three kids in line behind them doesn’t have to walk as far.

Conscientiously makes a list with an eye for what everyone in the family wants. Has a weakness for the end cap with the Benner tea selections. In and out of the store in thirty minutes, simultaneously shopping while also observing, analyzing, and reflecting on the imagined life trajectories of the different people who they walk by. Makes a point to say thank you to the cashier, which leads to a brief but meaningful conversation about the state of the world and current events. It is enough people interaction for one day. Goes home to put the kettle on, read a novel, and hang out with their cat(s).

Begins plotting Aldi Find purchases a week ahead of time, comparing them to similar items on Amazon. Treats trips through the middle aisle like a game of chess, strategizing which ones will best fit their plan for life domination. Makes sure to pick up a plastic canister of Southern Grove peanuts to eat while watching reruns of Doctor Who. Silently judges other customers for their lack of efficiency (or their preoccupation with their phones, which contributes to their lack of efficiency) while moving through the checkout line. Grabs the Sneak Peek ad on the way out, so they can start plotting for next week.

Forgets to go to the store on the first day that new weekly specials hit the shelves, but still manages to create a list. Pulls out their phone to consult Aldi Reviewer for information about a new frozen dinner they spot in the middle aisle. Walks through the store admiring the efficiency while also reflecting on how the store could do it better. Walks out into the parking lot dreaming about supply chains.

Gallivants into Aldi, the great adventure for this beautiful Wednesday. Shops off the list in their head rather than bothering to write a list. Soaks in the middle aisle, occasionally smiling and nodding to other passers-by. Wonders if there is a potential present in here for someone else. Maybe a scented candle or a set of earbuds? Waits patiently at the checkout aisle, with an eye toward next week’s print ad, which is sitting by the exit. Leaves cart with quarter in it at the cart corral for someone else to use. Goes home to bake brownies.

Doesn’t actually go to the store. However, they spend half a day buying more than they need on Instacart while listening to their favorite indie bands. Gets choked up when they see the condition of the Instacart driver’s car and tips them twice as much as they should.

Spends forty-five minutes in the store and interacts with no one. Thought about a list, but prefers instead to evaluate their needs on the fly. Analyzes the way workers respond to the checkout line, thankful they don’t have to interact with so many customers. Goes home and gets into an argument on social media they later regret.

Comes to Aldi to purchase various supplies for the small business they’ve started up. Dreams of business plans and marketing while making their way thorough the produce aisle. Wishes they could talk to Aldi executives about strategy. Picks up a bottle of wine and aged cheese on the way out to celebrate what is sure to be a good week.

Forgets cart quarter. It’s only their second time visiting a remodeled store with a new layout, but their mental map is on target and they can’t understand why everyone else is confused about where things are. Approves of the new produce arrangement but is disappointed the potato chip packages aren’t organized according to the color wheel. Went to the store looking for necessities but leaves with enough appetizers and drinks to host the party they just decided they were going to have that weekend. Takes in-store pictures for later posting to their four thousand friends on social media. Makes friends with four people in the checkout line and lets someone with only two items go ahead.

Heads into the store two hours later than planned because they thought they’d spend five minutes online double checking the weekly ad but ended up on Instagram watching animal rescue/human interest videos and happy-crying. Picks up Heart to Tail dog food and organic free range chicken. Runs into four people they know from the area (only four, though, because it’s a quiet week), makes small talk with two strangers, randomly asks people if they know where the ranch is, and helps an old lady get her canned goods. Came in just to buy staples but also picks up a hammock, a grill, and some stromboli from the middle aisle. Gets halfway through the store before they realize they forgot to bring their credit cards.

Walks in through the exit, just to see if anyone notices. When an employee stops them, they point out that both doors open so it shouldn’t matter. Takes the middle aisle first, then the outside aisles. Says hi to all the employees, who they consider close friends due to their weekly shopping routine, and analyzes their responses, noticing that all of them look tired. Corners one or two less-tired-looking employees to tell stories about whatever book they just read or movie they watched that everyone else should read or watch, too. Gives parenting advice to the young mother trying to corral her three kids who are attempting to lasso each other with the little chain that hangs off the cart handle. Lingers over the wine aisle, trying to figure out what’s best for tonight’s party. Tries to help everyone with their bags in the bagging area while simultaneously telling people how they could be bagging more efficiently.

The only person to show up at Aldi wearing a tie. Moves in an orderly fashion through the store, cataloguing the deficiencies in the store for later use when making a consultancy pitch.

Arrives as soon as the store opens along with two helpers, filling three carts with nonperishable food and toiletries for the food pantry / homeless shelter / religious organization they run. Uses a carefully crafted and targeted list designed to work within the pre-arranged budget and has all the proper tax-exemption paperwork. Stops to offer impromptu encouragement to two people they’ve seen come to the charity and offers an invitation to two other strangers. Asks the cashier about their day and reminds them just how life-changing Aldi is for people.

In and out in thirty minutes. In that time, they efficiently gather everything off their list while helping an elderly shopper reach the Casa Mamita reduced-sodium taco seasoning on the top shelf, helping a woman choose between apple or cherry frozen pie for a family holiday dinner, and helping a man select the best cut flower arrangement for his girlfriend from the checkout endcap display. Shares an inspirational quote with someone who looks overwhelmed in the checkout line. Becomes instant best friends with the checkout lady. Gives their cart away to someone as they leave for their job in a helping profession.

Never sets foot inside an Aldi store. They do, however, own the parking lot.