Skip to content
Home Features How Are Aldi and Lidl Related?

How Are Aldi and Lidl Related? 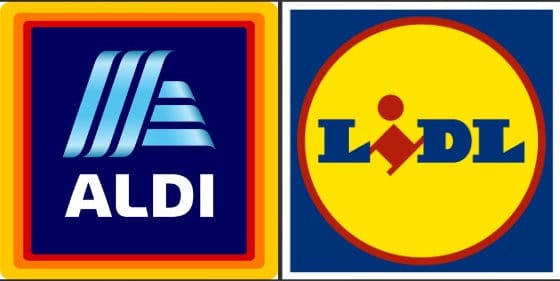 In 2017, a little store named Lidl opened its doors in the United States for the first time. (In case you’re wondering, it’s pronounced LEE-duhl, as you can see in this Lidl-produced video.) Lidl has been around in different parts of Europe for a long time, but the planting of stores along the East Coast was its first venture across the Atlantic Ocean. The grocer has plans to expand westward into the United States.

First off, we should make one thing clear: Lidl and Aldi are not related, at least not in any corporate sense. Their ownership groups are completely separate and, while they do have some techniques in common, they are competitors. To use an American analogy, they are like Sam’s Club and Costco: two companies that use a similar method to doing business but are out to outsell one another. The families that own Lidl and Aldi (keep in mind that Aldi is technically two companies) are completely separate from one another.

A Brief History of Lidl

Lidl’s orgins trace to a German named Josef Schwarz, who got into the grocery business back in the 1930s. Unlike Aldi’s Albrecht brothers, who were retail grocers almost from the beginning, Schwarz was involved in a number of businesses related to the larger food industry, including wholesale fruit.

In 1973, Josef opened the first Lidl store. For linguistic reasons, he did not want to name the store after himself (Schwarz means “black” and possible names would sound too much like “black market”) so he settled on the name Lidl, inspired by the name of a business partner. It borrowed the small-inventory concept that Aldi and some other German grocers were using, including the use of both permanent and rotating inventory items.

After Josef died in 1977, his son, Dieter, took over, expanding the company outside of Germany and into Western and Eastern Europe. In large part because of Lidl, Dieter is currently worth over $20 billion.

If you look closely at Lidl, you’ll see some similarities to Aldi. Both are small-inventory stores with rotating products, including non-food items, and both require you to bring your own bags (unless you buy some in store) and bag your own groceries. Both also back up their private label food products with a refund-and-replace guarantee. (Lidl’s is called the Lidl Love It! Guarantee.)

But there are also some significant differences. Lidl doesn’t use quarters for grocery carts, for example. Lidl also has free samples, a color-coded wine rating system, and some other bells and whistles that will look different to long-time Aldi shoppers. Lidl also takes coupons; Aldi does not. And Lidl seems to find itself in a lot more controversy than Aldi has been, from Lidl’s business practices to the way it treats employees.

It remains to be seen if Lidl can be a real competitor to Aldi in the United States. Time will tell. One thing, though, is certain: while the two companies do some things similarly, there is no love between the two, and we fully expect that competition to be fierce in the U.S. just as much as it has been in Europe.