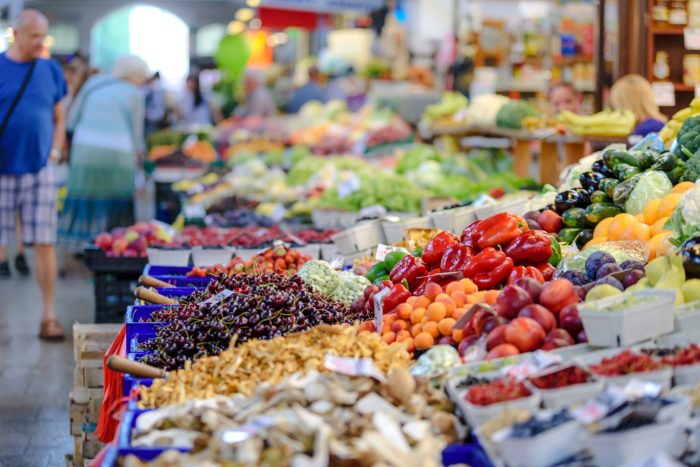 On the first day of March 2019, the Wall Street Journal reported that online retail titan Amazon is poised to open “dozens of grocery stores in several major cities,” starting with a Los Angeles location by year’s end.

This is one of at least four — four — grocery initiatives that Amazon is currently running. Amazon already owns Whole Foods, which it purchased for $13.7 billion back in 2017. Amazon also operates a small cashierless-chain called Amazon Go, which the company has ambitious plans for. Amazon even sells groceries online in limited markets through something called AmazonFresh.

And now Amazon is looking to open what sound like more conventional grocery stores.

It’s not hard to imagine the possibilities. Amazon could use its network of brick-and-mortar stores not only as a vehicle for groceries but for other things like health and beauty products. It could also use the stores as locations for package pickups and launch points for package delivery, complementing its already robust distribution center network. Just think of the potential synergy between Amazon groceries and the rest of Amazon.

Right now, Amazon is mostly a fringe player in the grocery store industry, and it won’t be easy to get a larger foothold. It’s a hotly competitive business as it is, and many of the innovations Amazon would bring, like grocery pickup and grocery delivery, are already a thing in many stores, including Aldi. Still, Amazon is a trillion-dollar company with the financial muscle to make the attempt.

1. Aldi and Trader Joe’s have succeeded by being (mostly) low tech. How that works in the future will be crucial.

In an age of high technology, Aldi US hasn’t exactly rushed into the online game. Yes, it has a website (and even an app), but there’s no online shopping on its website and no curbside delivery. Aldi has only recently implemented grocery delivery, but that’s through Instacart, a third party. Instead, Aldi has focused mostly on building a strong in-store game, with efficiency, speed, and low prices.

And if you thought Aldi was low tech, Trader Joe’s is practically Stone Age. Trader Joe’s not only has no online shopping, but its entire internet footprint consists of a website and one solitary social media outlet in Instagram. What Trader Joe’s has done instead is focus on word-of-mouth advertising and cashiers who make a point to build relationships with customers.

So far, both Aldi and Trader Joe’s have been very successful: Aldi is the fastest-growing grocer in America and Trader Joe’s makes more money per foot of store space than anyone else. Both stores are firmly entrenched in many parts of the country and don’t appear to be going away anytime soon. What’s more, both stores trade in values that are different than what Amazon focuses on.

Will that stay the same? Who knows. I mean, there was a time when Sears was seemingly unstoppable, and now it’s in a death spiral. Amazon’s approach to groceries certainly has the look of the future. But Sears wasn’t Aldi or Trader Joe’s either: it didn’t deal in speed or relationships. Aldi is fast, arguably faster than it would take to order groceries online, and Trader Joe’s emphasizes the timeless intangibles of human connections. In the near term at least, I tend to think that shopper tastes aren’t quite ready to bury the Aldi or Trader Joe’s experiences over Amazon. Not yet.

Amazon’s biggest draw is its massive inventory, something it could flex in its local stores. But Aldi has been exceedingly savvy in running a combination of regular products and limited-run ALDI Finds. It’s really shocking just how many different kinds of food and non-food items Aldi showcases during a single calendar year.

Amazon, of course, sells everything all the time, but how many people are really looking for a snow shovel in June? (In the Northern Hemisphere, at least.) Aldi may not have everything Amazon does, but it has a knack for having a lot of things right around the time you think you might need them. What’s more, the rotating finds also give Aldi shoppers something to look forward to.

3. Aldi and Trader Joe’s have a strong supply chain in their favor.

In any retail brick-and-mortar business, supply chains are crucial. We often hear of people wishing Aldi would come to their area, but Aldi is very methodical about its expansion: it doesn’t come into a region until it has the distribution to get products out quickly and cheaply in that area. Trader Joe’s operates the same way.

At present, both grocers have very strong supply chains that help them to be profitable. (Contrast that with Lidl, which has stumbled so badly in its expansion that it has resorted to espionage.) Amazon has the backbone of a supply chain, too, but its current warehouses aren’t currently configured to ship food and produce to grocery stores in local markets. A chain of Amazon grocery stores will cost billions and involve countless man-hours to develop, and even for a huge company like Amazon, that’s not a small operation. If it stumbles, Amazon stock could stumble, too.

As big as Amazon is, it’s easy to forget that Aldi US and Trader Joe’s are by no means small companies. Both generate billions in revenue each year and are among the largest grocers in the United States, and when you include the parent companies of Aldi Nord and Süd in Germany, you start to realize that this is by no means a David-versus-Goliath battle. Aldi is an empire in and of itself, and it has spent a long time carefully establishing, and continually improving, the way it does business, even in the face of stiff competition from the likes of Walmart. And the two Aldi companies do so without stockholders, so it can focus on long-term goals rather than short-term quarterly returns.

There may come a day when Amazon dominates the grocery landscape. It’s possible. But for now, there are plenty of powerful players in the market. Aldi and Trader Joe’s are among them, and they don’t seem to be in any danger of becoming irrelevant anytime soon. In fact, it might be just the opposite.