We have previously profiled Medion, the German-based, Chinese-owned technology company that makes several key products for Aldi. Our past observation has been that most of the Medion products fall closer to the budget class of technology. Now the company has a new laptop and tablet hitting a limited number of their stores for the Fall 2016 window. How do they stack up? 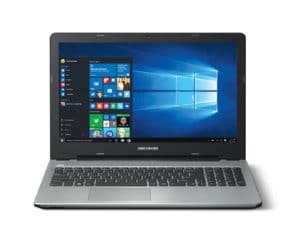 The 2016 installment of the Medion Laptop — the Medion Akoya E6422 (MD 99900) Laptop — is a bit of a surprise. We’ll give a few numbers here in a moment, but if you’re not particularly tech-savvy, here’s what you need to know: the Medion Laptop is not a low-budget computer. It’s not a top-of-the-line model, either, but this is a computer that can do just about anything you might ask of it short of high-end gaming. With laptops, the biggest restriction is that you can only do a limited amount of upgrading. The good news is that, with this one, you won’t have to. It comes pretty powerful right out of the box, more than other Medion Laptops we’ve seen in the past.

So the numbers: the Medion Laptop has a 15.6″ screen, an Intel i5 processor, 8 GB of RAM, and two hard drives: a 1 TB standard hard drive and a 128 GB solid state drive. It also comes with Windows 10, although — like many computers nowadays — you’ll have to buy Microsoft Office separately if you want it.

This is, on our view, a solid configuration for an office computer. It should also be good for some gaming, too, although this isn’t designed to be a pure gaming laptop. Assuming it holds up physically, a user ought to be able to get several years out of this model. (The computer comes with an industry-standard 1-year warranty.)

The retail price of this model, at the time of this post, is $500. Most computers that we’ve seen at this price point only have one hard drive, either standard or solid state, so this is definitely one to watch. 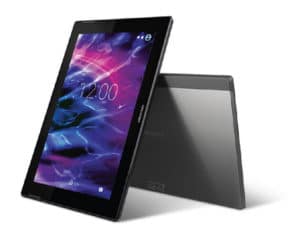 The 2016 Medion Tablet — the Medion Lifetab Tablet-PC S10366 — is, like the laptop, a step up from the budget model. From a numbers perspective, it’s not bad: it’s got a decent (if not great) processor, a decent (if not great) camera set, and a solid amount of memory and storage. As far as tablets go, this isn’t on the level of a high-end Samsung Galaxy Tab, but it’s also only $160. Like the laptop, it comes with a 1-year warranty.

Both the Medion 15.6″ Laptop and the Medion 10″ Tablet are a step up from the budget models of past Aldi electronics. They’re not top-of-the line models (and you probably wouldn’t expect that from Aldi) but if you’re looking for a midrange laptop or a tablet that is a step up from a big box store special, these are worth a look.