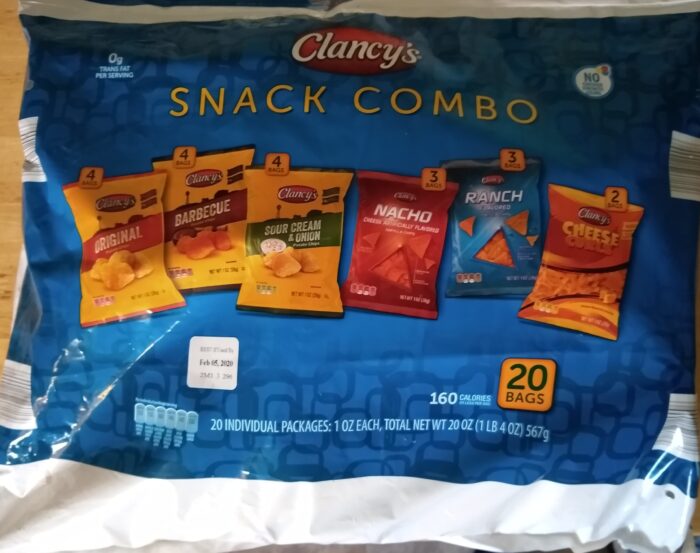 Long-time Aldi shoppers will recall the mystery and danger surrounding the grocer’s first aisle: the aisle of death, where snacks, sweets, and other delicious evils waited. Since Aldi started remodeling its stores, some of them now have other things near the entrance, but there are still plenty of Aldi stores where junk food is the first thing to greet you.

Since it’s junk food, we generally suggest eating it in moderation. Nevertheless, there are times when you might need chips and other snacks: for a party, as a special side, or when packing a quick lunch for a day out.

Aldi has several chip options available, from large family-sized bags to single-serve packs. The family-sized bags vary in price: in our area, for example, the regular potato chips are $1.25 for a 10-ounce bag, while the cheese curls are $1.49 for an 8.5-ounce bag. (Aldi also sells Pringles / Lay’s Stax -like chips in cans.)

In general, all of Aldi’s chips and snacks are cheaper than their brand name counterparts, and they are at least as cheap as most other store brands we’ve seen.

In this post, we decided to look at the six chips and snacks found in the Clancy’s Snack Combo, which cost us $4.79 for a pack of 20 single-serve bags. This is not as good a value as buying the bigger bags, but it has the advantage of letting you easily pack smaller bags when you need them. It also had the advantage of keeping us from eating too many chips. 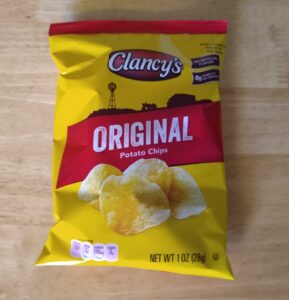 These are Aldi’s take on Lay’s Classic Potato Chips, right down to the shamelessly similar packaging. I like regular potato chips, and I think these are good regular potato chips — as good as any brand name chip, in my opinion. They have just the right amount of crisp and salt, and they’re not too greasy or crumbly. 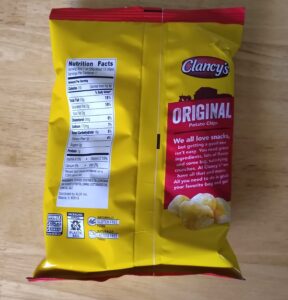 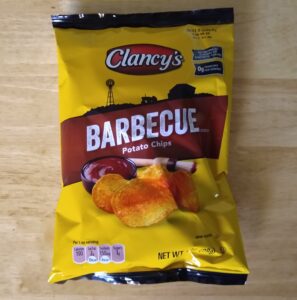 These are the Aldi imitation of Lay’s BBQ Flavored Potato Chips.We have a barbecue chip fan in our house, and she absolutely loves these. The rest of us don’t like barbecue as much, but I think these compete favorably against brand-name barbecue chips. They have a nice barbecue flavor and, like the original chips, have a good crisp texture. 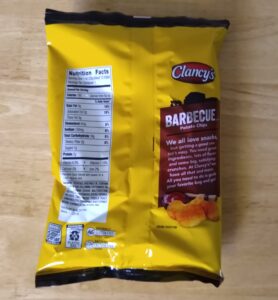 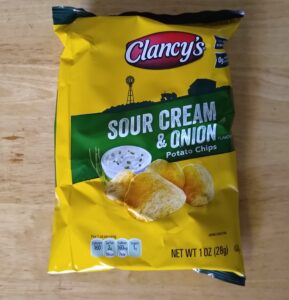 These are — no surprise — the Aldi copy of Lay’s Sour Cream and Onion Potato Chips. All of us like sour cream and onion, and all of us liked these chips. The seasoning has a nice “zing” to it, much like its brand-name counterparts, and like the original and barbecue chips, these are crispy without being greasy. They were the first chips to disappear during our taste test. 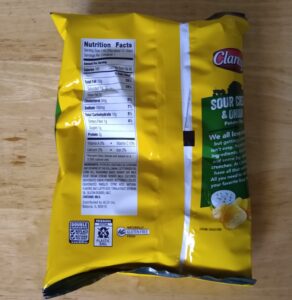 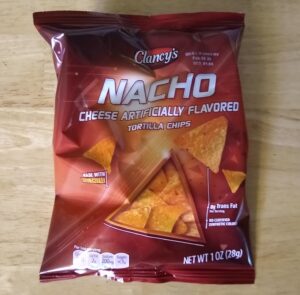 The “Aldiritos,” as we like to call them, are Aldi’s take on the classic Dorito’s Nacho Cheese Flavored Tortilla Chips, and, as with other Aldi chips, the package imitation is obvious. The product imitation is a little less obvious: our unanimous view is that these are inferior to Doritos. The texture is pretty close, but the chips just don’t have quite the punch of flavor you get from nacho cheese Doritos. We also don’t think they’re particularly bad on their own merits (we did eat all of them), but if you’re looking to impress a crowd used to Doritos, we’d probably spring for the real deal. 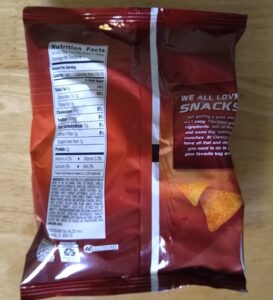 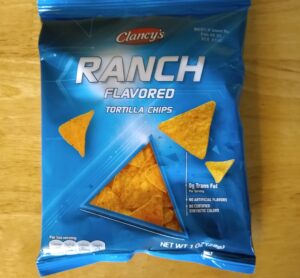 These are, no surprise, the Aldi version of Doritos Cool Ranch Tortilla Chips, with another packaging imitation to boot. We think these are closer to the name brand than the nacho cheese chips, with a solid cool ranch flavor. The kids, in particular, absolutely loved them, and the adults liked them, too. For parties, we think this is a closer call than the nacho cheese chip competition — I wouldn’t totally rule out serving these at parties, although they are maybe a slight step below the Doritos version. 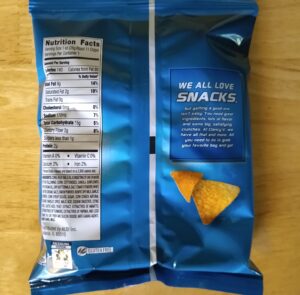 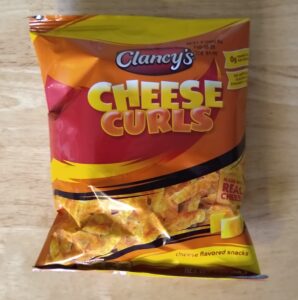 Clancy’s Cheese Curls are the Aldi version of Cheetos Crunchy Cheese Flavored Snacks, although this is the rare case where I thought the Aldi packaging missed the mark badly on imitation. As for the product itself: as with the Aldi nacho cheese chips, these aren’t bad, although they’re not Cheetos. The crunch is there, and the taste is good enough that we ate them, but if you’re a true Cheetos snob, these aren’t as good. 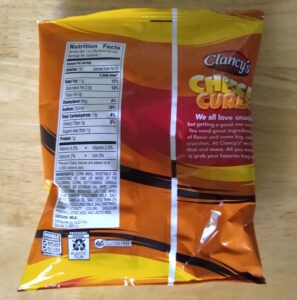 Overall, we think Aldi does a pretty good job in the private label chip department. The potato chip-based chips are without a doubt the best clones of the name brands: Clancy’s Original Potato Chips, Clancy’s Barbecue Potato Chips, and Clancy’s Sour Cream and Onion Potato Chips are, in our view, on par with Lay’s. We also think Clancy’s Ranch Tortilla Chips get recognition as coming pretty close to the Doritos counterpart.

Two of the snacks, meanwhile, come up short: we don’t think Clancy’s Nacho Cheese Tortilla Chips or Clancy’s Cheese Puffs are on the same level as Nacho Cheese Doritos or Cheetos. That’s not to say that we think they’re bad — we liked them on their own terms — but they’re not going to be indistinguishable from the name brands, either. In those cases, you might want to pay more if you’re looking to impress.