The Grill Master Collection from Aldi 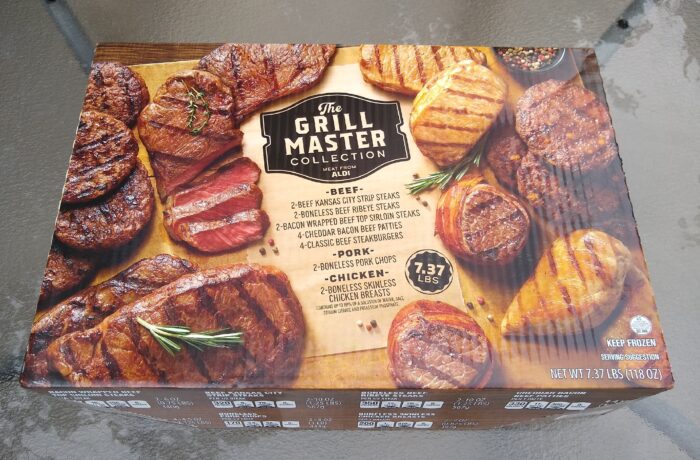 Years ago, Aldi meat had a reputation for being cheap cuts, but that has changed. We’re consistently surprised by how well the steaks and burgers and other meats hold up. They’re our go-to for family gatherings and social occasions. Aldi meats are, in our experience, quality meats.

Just in time for Father’s Day, Aldi is selling one of the biggest meat boxes we’ve ever seen the grocer sell. It’s 7.37 pounds of beef, pork, and chicken. We had to see what it was all about.

The Grill Master Collection from Aldi is an Aldi Find, which means it’s only in stores for a short time. At the time of this post, the box cost $59.99 for 7.37 pounds of meat. That comes out to about $8.14 a pound.

The box comes with the following:

Is that a good deal? The mixed nature of the box makes it hard to say for certain short of shopping for specific weights of specific meats and pricing them. Some of the meats in the box are available in Aldi every day but not all of them all, so it’s not easy to compare them to individual Aldi prices, either. I’ll leave it up to you to decide if this box is worth the price.

Certainly it wins points for presentation. It comes in a nice shrink-wrapped box with all of the meats individually shrink-wrapped. The case comes frozen, letting you pick and choose which meats you want to thaw and cook. I recommend keeping the box in the freezer unless you intend to cook the entire box at once. That might make this as much of a possible gift idea as a practical meat box. 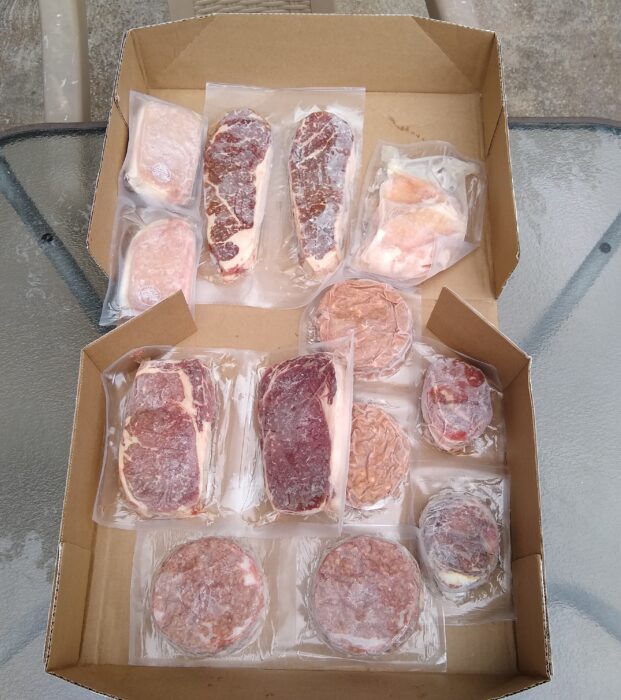 We’ve tried out a few of the meats in the box, and they’ve been good.

We cooked up the bacon cheddar beef patties, and they were outstanding. In their frozen state I found them impossible to separate, so I advise either letting them thaw in the fridge for a while or defrosting them in the microwave just long enough to separate them. Beyond that, they cooked up easily and tasted fantastic … better, in fact, than the far more expensive cheddar bacon patty I bought from a local attraction the following day.

The steakburger patties were also very good. Like the cheddar beef patties, I had to defrost them prior to separating them, but they cooked up easy and they were thick, juicy, and flavorful.

The Kansas City strips were solid steaks. They cooked up quickly and evenly, and had the taste and texture I would expect.

The chicken breasts came together in a single pack. They were juicy and flavorful (we seasoned them with olive oil and Aldi Everything Bagel Seasoning), and maybe the favorite out of what we’ve cooked out of the box (so far). 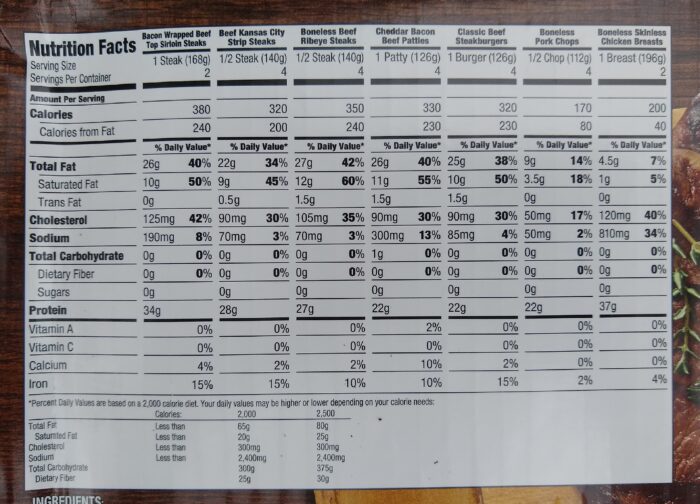 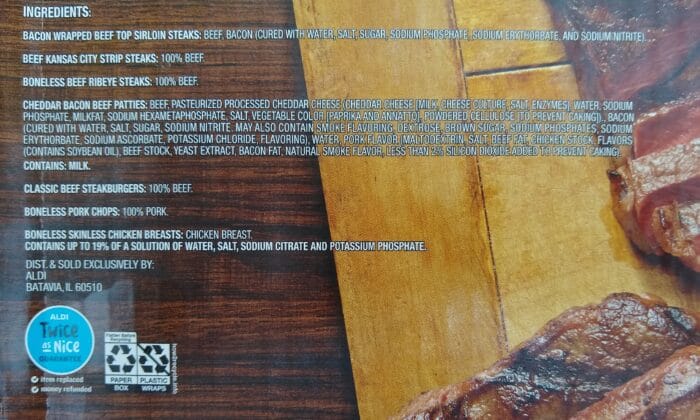 The Grill Master Collection from Aldi is a fun meat box for the carnivores in the families. The meats are packaged well and, from what we’ve cooked so far, taste great. It’s up for debate whether it qualifies as a deal or not. We’ll update this post as we work our way through more of the box.