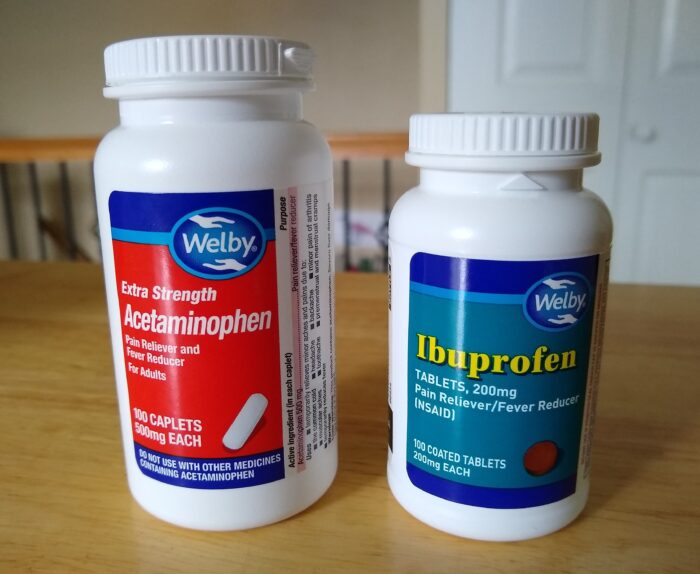 For most people, pain relievers and fever reducers are must-haves in the medicine cabinet. While fevers in adults are not generally considered dangerous (children can be a different story), and mild pain isn’t, either, there is something to be said for keeping comfortable, especially when work and life come calling.

There is plenty of debate as to which over-the-counter pain relievers are best. Two of most popular are acetaminophen (brand name Tylenol) and ibuprofen (brand names Advil and Motrin). The two medicines operate differently, which means they each tend to perform best in certain situations. Ibuprofen, for example, tends to be better when inflammation is involved, while acetaminophen appears to be better if you need to sleep. Acetaminophen also has fewer side-effects compared to ibuprofen, and it is less likely to cause damage if used long-term as long you don’t exceed the recommended dosage. On the other hand, some people report that ibuprofen is more effective at managing pain for them than acetaminophen.

Regardless of where you stand on the OTC pain medication debate, if you need some, Aldi carries a couple. It’s not a robust selection — our local Aldi doesn’t sell children’s medication, for example — but there are a couple of staple basics if you need them. Both are Regular Buys, which means you can find them in stores all the time.

Where Does Aldi Get Its Pills?

I did some looking around to see if I could determine who manufactured both the acetaminophen and the ibuprofen, and while I was able to look up general information about Welby pills on the FDA’s website, that information did not include the point of origin for either pill. I contacted Aldi directly asking about who makes the acetaminophen, but I was told that “due to confidentiality agreements with our suppliers, we are not able to disclose their information.”

However, I did note one possible clue on the pills themselves. 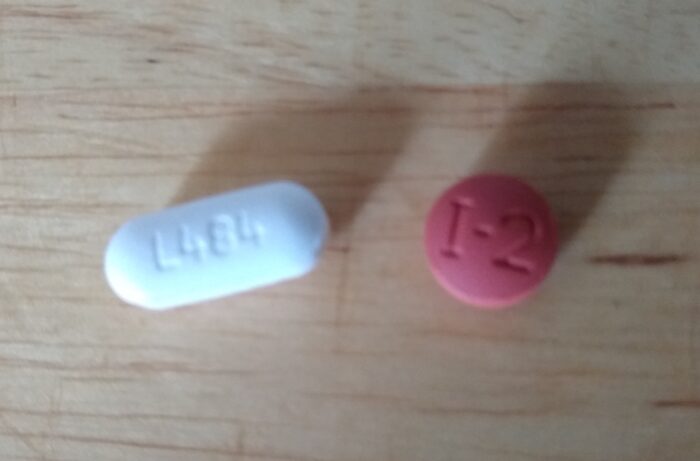 The acetaminophen caplets are imprinted with the notation L484. CVS’s website says its caplets — which also bear that notation — are manufactured by McKesson, a U.S.-based pharmaceutical giant. McKesson appears to sell generic acetaminophen under a range of brand names, including Kroger.

The ibuprofen, meanwhile, is inscribed with I-2. According to both Drugs.com and CVS, I-2 pills are manufactured by Major Pharmaceuticals, which is a subsidiary of Cardinal Health, another U.S.-based health care giant. Major Pharmaceuticals sells a number of generic pills, including ibuprofen. 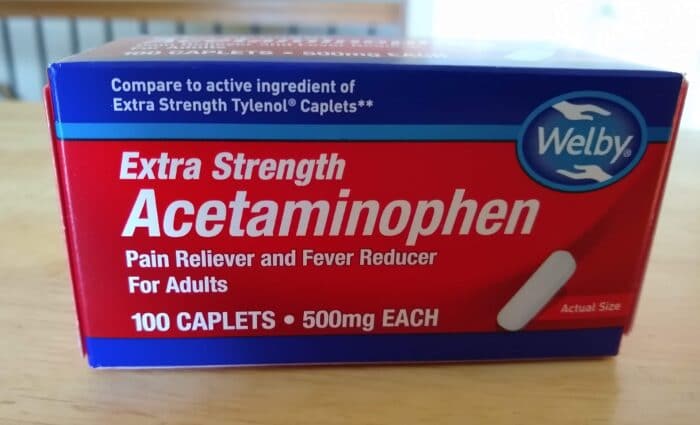 Aldi’s take on Extra Strength Tylenol comes in a bottle of 100 caplets. At the time of this post, the bottle costs $1.95, which comes out to about 1.9 cents a caplet. This is just a hair higher than the Equate offerings at Walmart, which run between 1.3 cents a caplet and 1.6 cents a caplet depending on what you get. On the other hand, you have to buy more in bulk to get the Equate prices — 200-500 caplets — where Aldi sells a 100-caplet bottle. That makes Aldi’s $1.95 price tag the cheapest I could find, even less than the $2.50 100-caplet bottle at Dollar General. (In case you’re wondering, Tylenol at Walmart is closer to 9.4 cents a tablet, or almost 5 times as expensive as the Aldi tablets.)

In short, if you don’t go through a lot of acetaminophen, and my family doesn’t, the Aldi bottle might be the way to go. (Some people might point to expiration dates as a factor in how much to buy, but those are controversial.) If you like to stock large amounts, though, other outlets will probably do you better.

The Welby acetaminophen comes in a familiar child-resistant bottle, with a cap you have to line up to open. The bottle also comes with a foil safety seal. Both the bottle and the box have the usual directions, ingredients, and warnings. 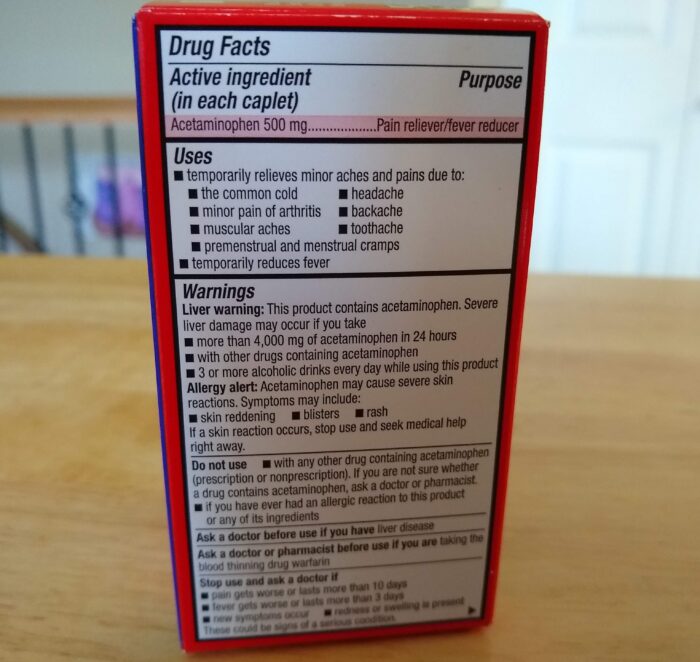 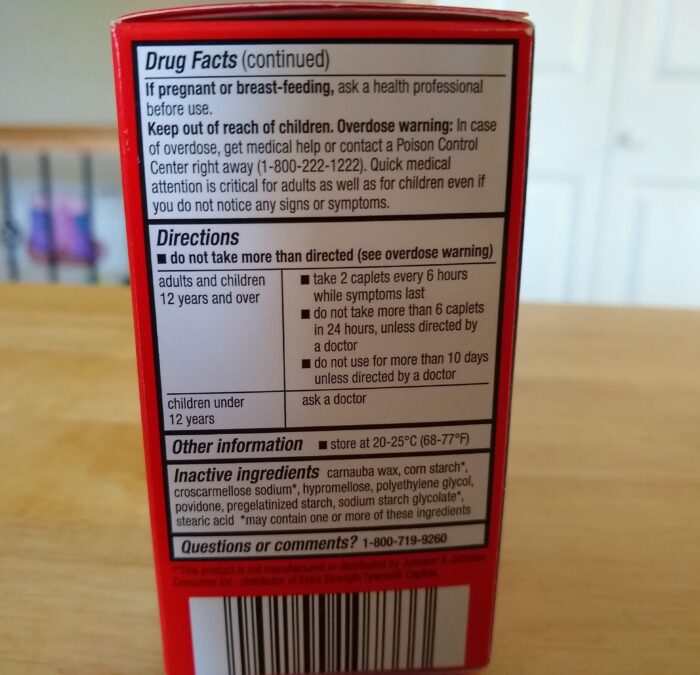 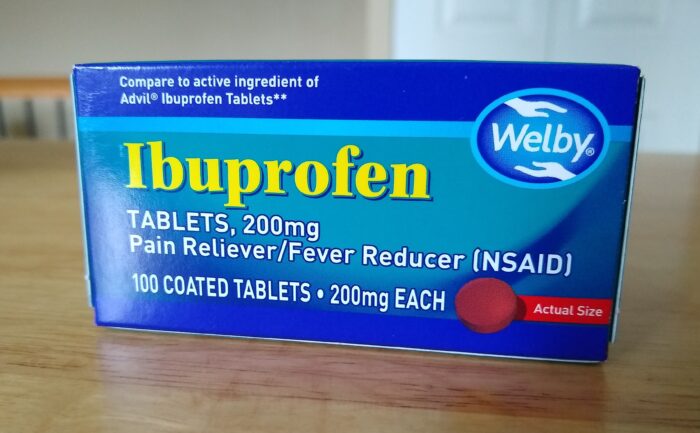 The Aldi version of Advil or Motrin comes in a bottle of 100 tablets. Like the acetaminophen, it runs $1.95 a bottle at the time of this post, or 1.95 cents a tablet. Also like the acetaminophen, you can get Equate brand ibuprofen for a hair cheaper — 1.3 cents to 1.5 cents — but once again you have to buy a lot more, in the range of 500-1,000 tablets. If all you want is a simple 100-tablet bottle, Aldi once more offers the cheapest total price option for a single bottle, again less than the $2.50 Dollar General version. (Advil, like Tylenol, is several times as expensive as the Aldi version, running 8.4 cents a tablet at Walmart.) 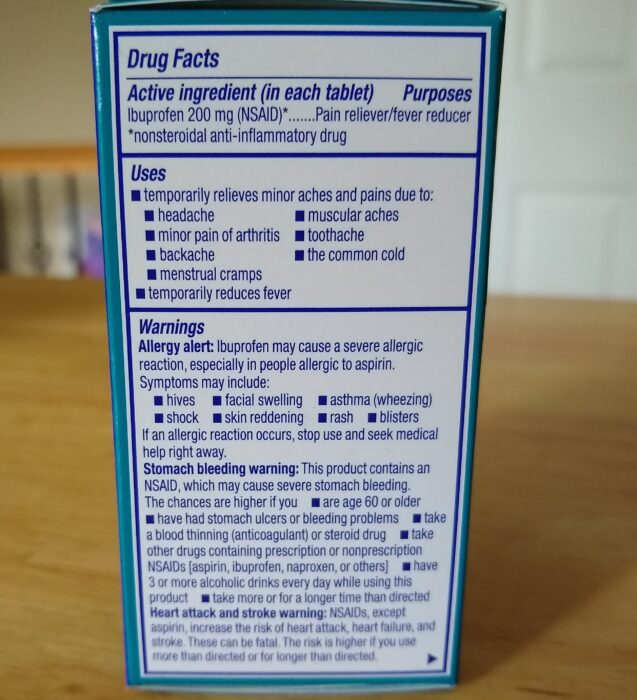 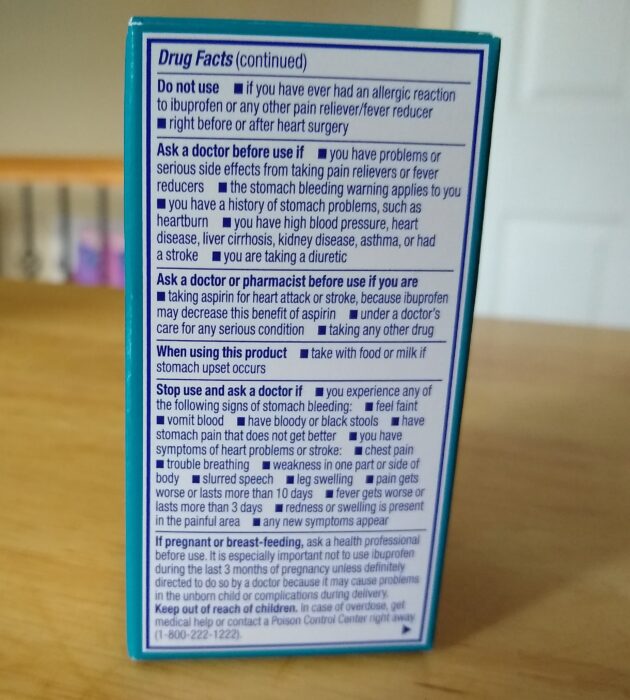 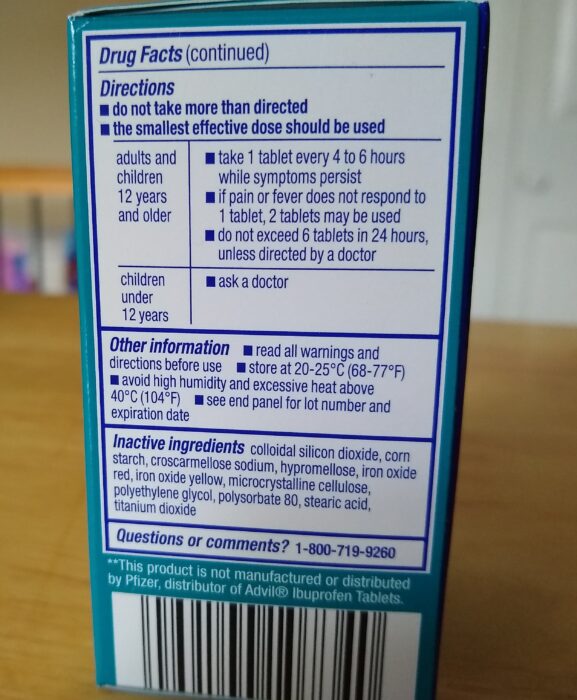 Most generic pain relievers are made by the same large companies, so quality is less about the label and more about the cost. In that regard, Aldi gets kudos for serving up inexpensive $1.49 bottles for both acetaminophen and ibuprofen, which are as cheap for a bottle as I can find. You can probably do a little cheaper on the cost-per-dose at other places, although likely not more than a half cent per tablet or caplet, and only then if you buy larger quantities. If you go through a lot of pain medications, you might look elsewhere, but if all you need is the occasional pain reliever or fever reducer, Aldi’s Welby line appears to work just fine.