Just when we thought we’d seen everything novel and eclectic when it comes to cheese sold at Aldi — from the Valentine’s Day heart-shaped cheese assortment to the cheese Advent calendar — the discount grocer has surprised us again with an ’80s Smash Hits Cheese Assortment.

The Happy Farms Preferred ’80s Smash Hits Cheese Assortment hits stores February 6, 2019, and it gets kudos for creativity. Priced at $3.49 each for packages ranging 5 to 7 oz., the assortment consists of six cheese flavors with names that are parodies of popular song titles from the 1980s. These cheeses are ALDI Finds (Special Buys), so stores will have a limited supply, and once they’re gone, they’re gone.

Sure to elicit nostalgia among anyone who lived through the ’80s, the cheeses are: 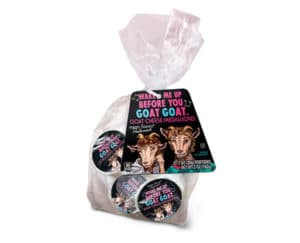 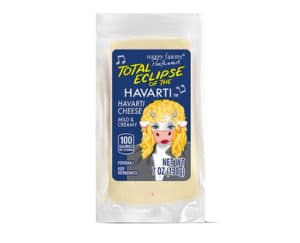 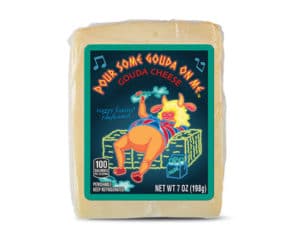 One thing is certain: Aldi has upped its cheese game during the past few months, bringing out specialty high-interest cheese and cheese products for specific holidays or, in this instance, just because. We’re looking forward to seeing what more Aldi has up its sleeve in the cheese department. In the meantime, enjoy these upcoming cheeses while humming along to some classic ’80s hits.

If you pick up any of these cheeses in Aldi stores next week, let us know what you think of them in the comments.