It’s good to keep a few things in a car for emergencies, especially if you drive long distances. Things can go wrong, after all, and not even through any fault of your own. The problem is that assembling all the emergency equipment you should have in your car can start to take up space. That’s a problem if — like most people — your car isn’t huge.

Emergency kits can help with some things, especially if you find yourself stranded on the side of a road. But there are a couple of other tools that are useful to have in a car besides a typical emergency kit. These are tools you’ll want close by in worst-case scenarios where you’re trapped in your vehicle and need to cut your seatbelt or smash open a window. No one ever wants to be in a rollover accident or find themselves sinking into raging floodwaters, but having a small tool for those rare-but-possible catastrophes is a no-brainer.

Seatbelt cutters and window hammers are easy to find in many stores, often in a single tool that does both. But there is another class of tool that incorporates both those two emergency functions alongside a few other things. These multifunction tools can be useful in and outside emergencies.

Aldi sells such a tool under its Auto XS private label. We decided to try it out. 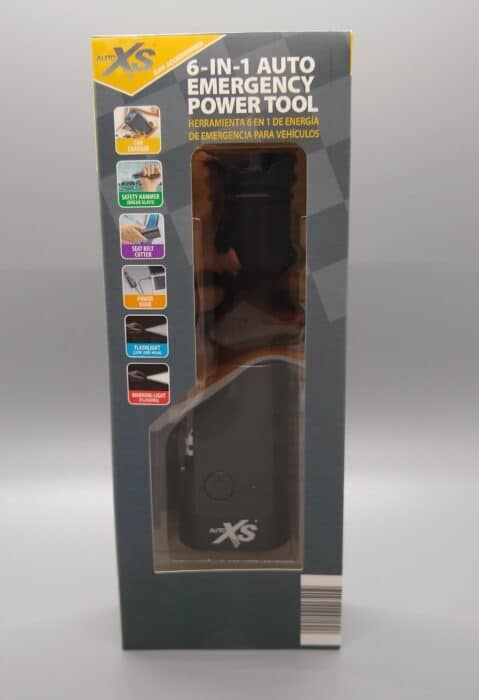 The Auto XS 6-in-1 Auto Emergency Power Tool (Product Code 12785) is an Aldi Find, which means it’s only in stores for a short time. At the time of this post it is $7.99. I found 6-in-1 tools online that looked nearly identical but cost 2 to 3 times as much, so by all appearances this looks like a great price.

The tool comes with the following: 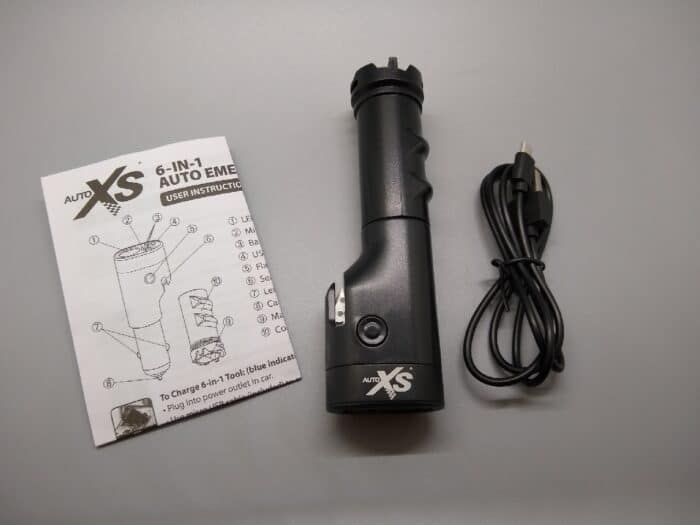 Of note: if you have a device that uses a USB-C or an Apple device, you’ll need a different cable than the one that comes with this tool.

The tool comes with the following features:

The tool measures 4.57″ x 1.57″ x 1.02″. It comes with a 2-year warranty, serviced by Wachsmuth & Krogmann, a common Aldi warranty provider. According to the package, it is made in China. 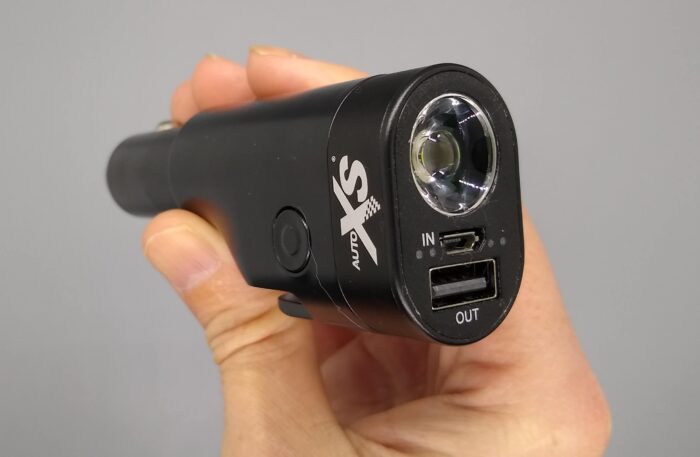 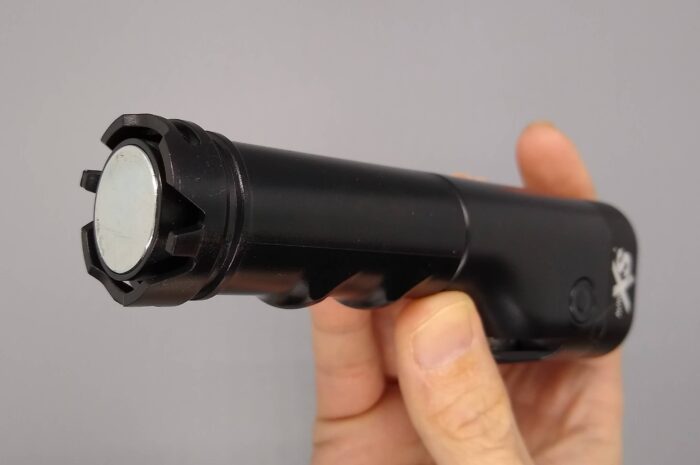 The device can work either plugged into a car or through its battery. That means you can plug it into your car socket and charge devices that way, or use it as a power bank. According to Aldi, the battery takes about 3-4 hours to charge and can be charged either through a car socket or a USB connection like you’d get from a phone charger or laptop USB port. 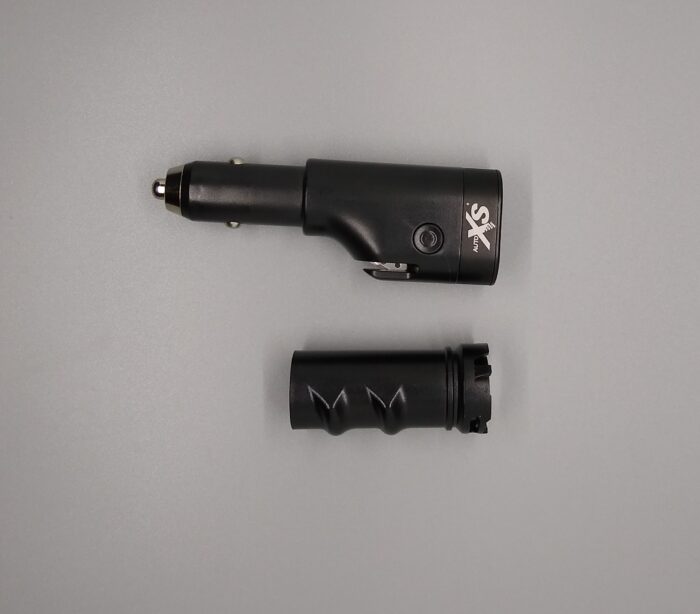 The cover separated from the body. (Click to enlarge.)

One other note: there is a magnet on the bottom of the cover if you happen to need to attach it to a metal device.

I was able to test out most of the functions of this tool. The flashlight is fairly bright, and should do fine in a pinch. The charger also works: my phone charged both when plugged into the car and when the tool was used as a battery pack. Keep in mind, though, that this device does not support the fast charging or quick charging capabilities that many modern smartphones have.

Two things I didn’t test out were the seatbelt cutter and the hammer, since I don’t have any spare seatbelts to cut or windows to shatter. Both look pretty sharp, though, and I would assume both probably do the job.

This is a decent little emergency tool if you want something that is more than just an emergency tool. With six functions — car charger, safety hammer, seat belt cutter, power bank, magnetic cap, and flashlight — it packs a fair amount of value in an $8 package. Time will tell how long it lasts, although it does come with a 2-year warranty.