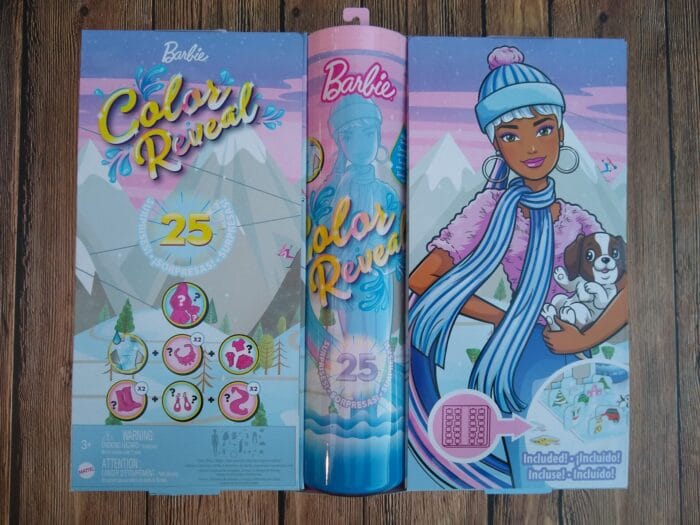 EDITOR’S NOTE: This review contains spoilers for the Barbie Color Reveal Advent Calendar. If you don’t want to know what’s inside, don’t read on.

Aldi has released a number of Advent calendars over the years, and we’ve purchased most of them. But the ones we never seemed to get around to were the toy Advent calendars. Aldi has always had a variety of toy calendars every winter, ranging from American Girl to Lego. But almost every year, there’s always a Barbie calendar or two, and this year in 2021, there were three.

The Barbie calendars were among the Mattel Advent calendars, and they all sold for $24.99. That was on the cheaper side for toy calendars at Aldi, as some of the LEGO ones went up to $39.99. All three Barbie Advent calendars are currently $5 cheaper at Aldi than at Target, Walmart, and Amazon, where they are all $29.99. We bought the Color Reveal version, but there was also a Barbie Fashions Advent calendar and a Barbie Dreamtopia Calendar. Of the three, the Color Reveal was the only Christmas-oriented calendar. 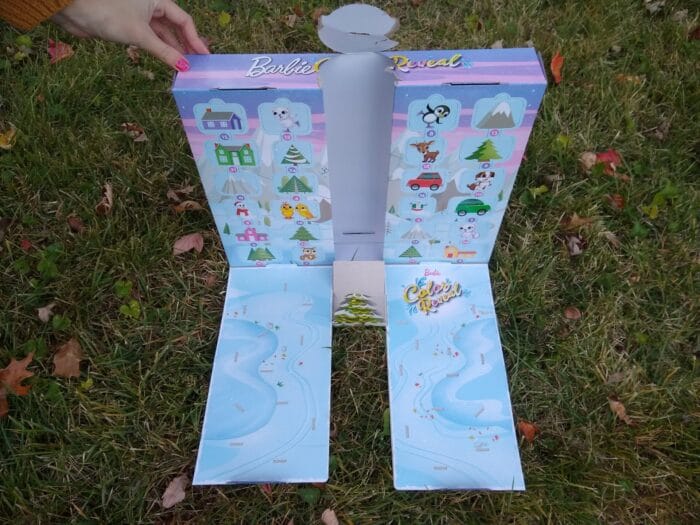 All the items in the set (not in order) are: 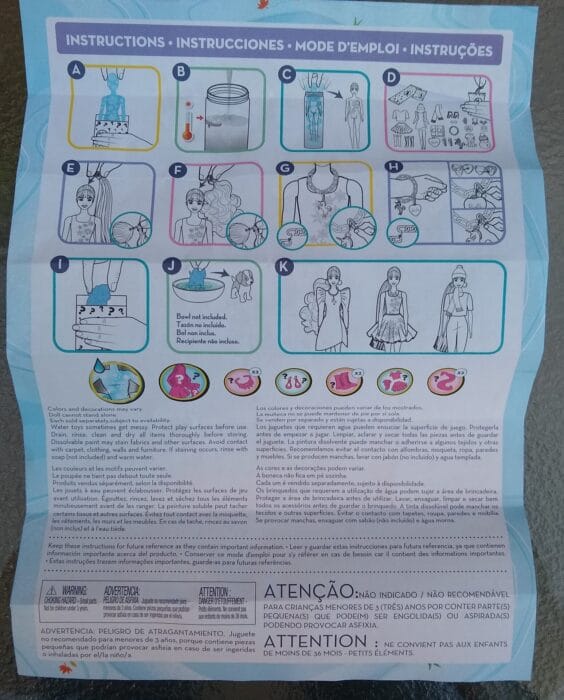 When you open the color reveal calendar, the doll is covered in a removable paint coat. You then use her container as a capsule of sorts, fill it with water, and dunk the doll in to remove the outer paint layer to reveal the doll. 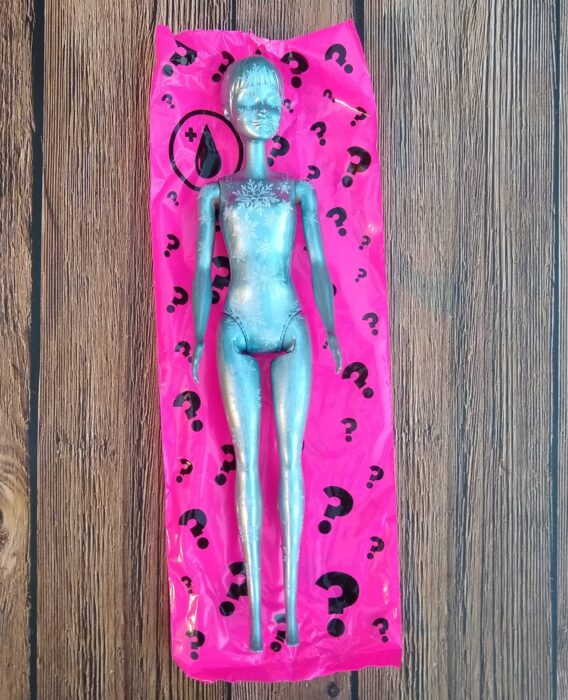 The paint came off fairly easy. My only complaint is about the “surprise doll” idea. The doll that I got was the same doll on the front of the box, and the one shown on Aldi’s site. Plus, on all the traditional color reveal dolls, there is a list of dolls to collect, but this one didn’t have that. So I think it’s just one doll that everyone gets, which may not have as much of a surprise factor when revealing the doll. Unlike the original color reveal dolls, this doll doesn’t have any extra features that are revealed with hot or cold water.

The doll itself was fine. You open her on day one along with the door labeled one. Her limbs don’t have much in the way of articulation, but most kids won’t find that a problem. She has molded hair on the top, and you unbox ponytail extensions that clip into her head. She also has a molded leo/swimsuit and her legs are a permanent silver color with glitter in the plastic, so she clearly doesn’t have much in the way of clothing to start. And you don’t get any other clothing until around day eight.

One item in this calendar that confused us was the charm bracelet. It claims the doll wears it as a necklace, and that you are able to wear it as a bracelet. It fit the doll with some adjusting. But the cheap bracelet was too small to fit me, and too small for our 10-year-old fourth grader. It looked toddler sized, so if you have anyone who’s past 1st or 2nd grade, you may have trouble with it. 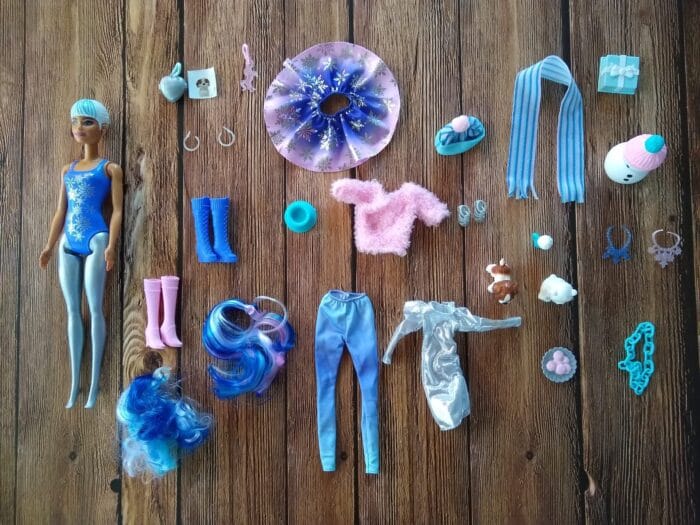 Once you open all the doors, you can slide them into the bottom of the box to make a small village, which I thought was a creative little detail. The images are of houses, cars, animals, trees, etc. I liked that you weren’t just throwing away the box after you finished opening the doors. One thing that you could also do is use the empty compartments where the surprises were to store items in the set.

Overall, I think Barbie fans would enjoy this calendar. While there are some aspects of it that could have been done better, I liked opening each of the doors and I think younger kids especially would have fun dressing Barbie and setting her up in different ways with whatever piece they get that day. Often, the Advent calendars go pretty fast, so if you’re considering any of the toy calendars, I would recommend acting sooner rather than later.