Aldi has been expanding their pet supply offerings in recent years, keeping up with a worldwide growing trend. Pet owners in the United States alone spent a record $99 billion on pet supplies and food in 2020. Aldi has responded to this trend by increasing their pet food and treat options as well as including a variety of pet toys, supplies, and even clothes as Special Buys (Aldi Finds).

Aldi’s weekly Aldi Finds recently featured the Heart to Tail Pet Crinkle Bag, which was listed for $4.99 in my local St. Louis, Missouri, store. Although it’s ambiguously labeled as a “pet” toy, it seems to be made especially for cats and even includes a small bag of catnip. I bought one via Instacart for my 11-month old kitten, who is very playful and loves new toys.

When I saw the crinkle bag in the ad, I assumed that it would be made with the same nylon or polyester “crinkle” fabric that Aldi has used in other pet toys. Since I bought the bag online, I didn’t see it in person before I bought it, but at only $4.99, I thought it was worth the risk. 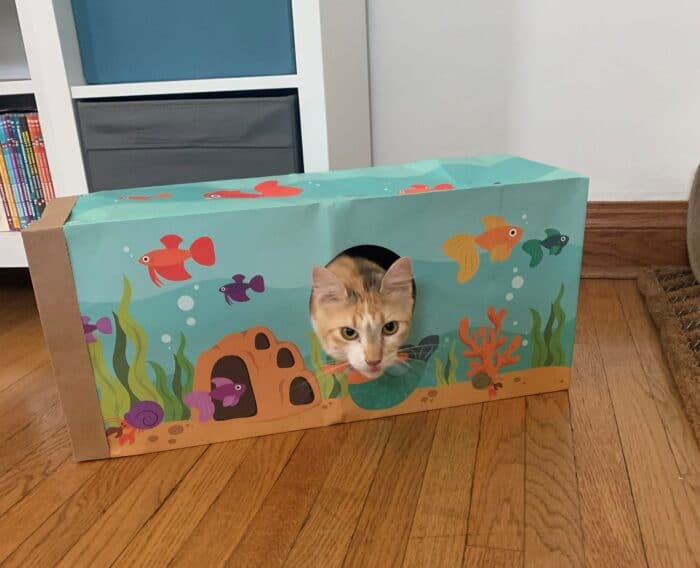 The bag is made from brown paper, not fabric, making it essentially a decorated grocery sack with a hole in the side and a small bag of catnip. You could make the same toy with a leftover Aldi bag, a pair of scissors, and catnip.

I set up the bag in my living room and waited to add the catnip. It looked very cute with its “aquarium” theme, and it was bigger than I expected. Two cats could easily fit in the bag together. 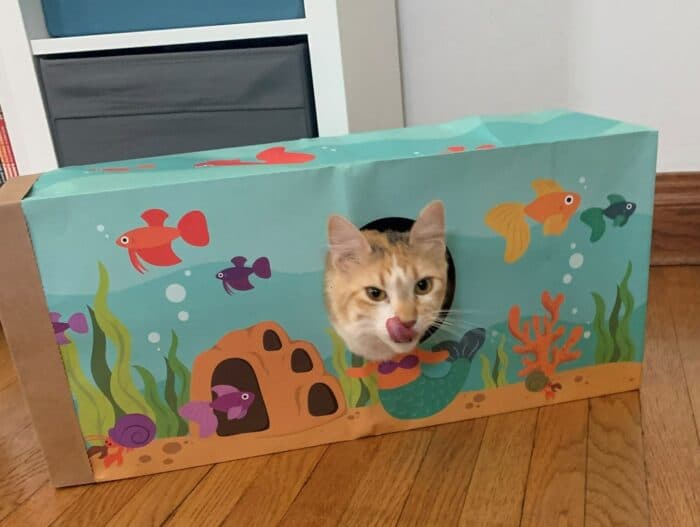 My kitten carefully investigated the bag before jumping in to play. She likes hiding in things that she can peek out of, so she immediately noticed the hole and started looking out/ chewing on it. Later, I added the catnip, and that’s when the fun really began.

She chased the catnip across the bottom of the bag, chewed the hole even more, and eventually rested in the bag when her catnip high wore off. 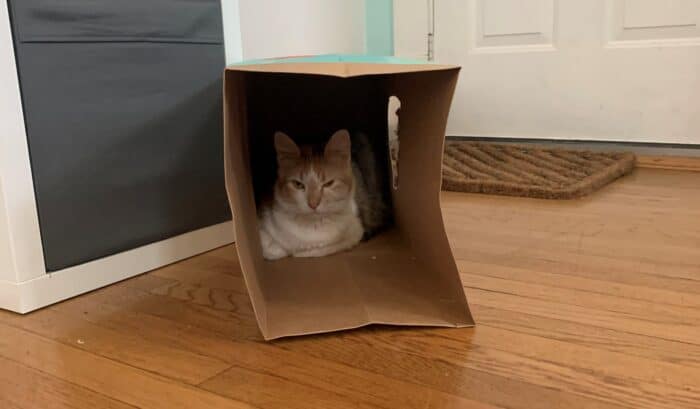 I left the house for about an hour, and when I returned, I noticed that the hole in the side was much bigger and that the floor was littered with shredded paper. I also have a dog, and they like to play together, so the dog might have added to the damage. 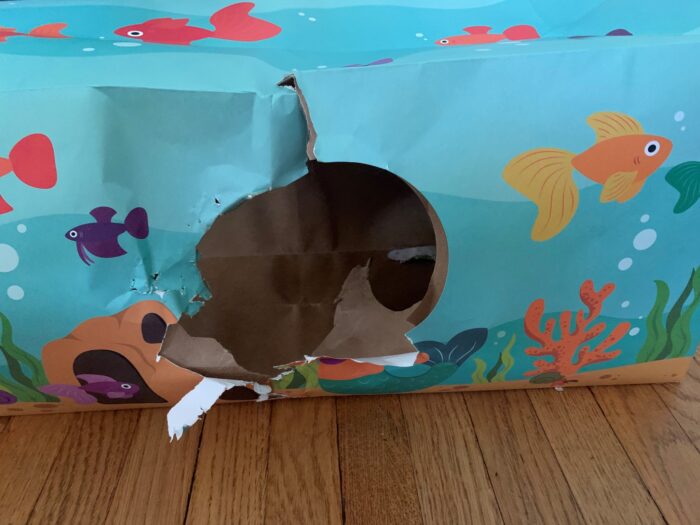 The bag has been up for a few days now, and the cat is only interested in it if I add fresh catnip. Soon it will be too torn to play with, and I’ll recycle what’s left.

Aldi’s Heart to Tail Pet Crinkle Bag is a fun, inexpensive toy for one to two cats. However, don’t expect it to last very long, as the paper tears very easily. I don’t regret buying it, since my cat has enjoyed it, but in the future, I’ll just cut a hole in a paper grocery bag, which my local Aldi sells for less than 10 cents.

Elizabeth is a content writer who specializes in scientific research and development. She’s been saving money at Aldi for years and loves the store’s organic products.
View all posts by Elizabeth →