My husband and I are always on the lookout for good salsas, but it can be hard to find grocery store salsas that are as good as what we get at Mexican restaurants. We are long-time fans of name-brand On the Border salsa, which can be purchased at regular grocery stores, but, oddly, their jars are more difficult to open than the average, which has driven us to try some other store-bought salsas in search of a new favorite. 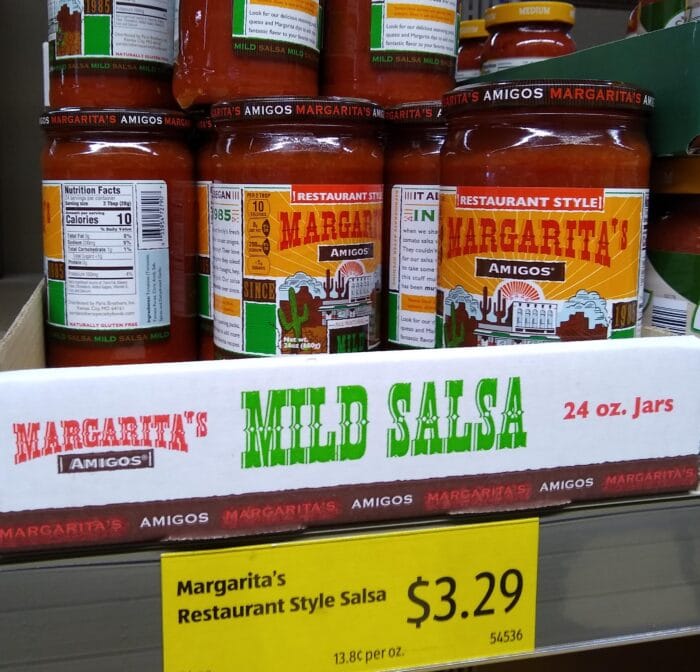 Aldi recently began selling Margarita’s Amigos Mild Salsa, which is a name-brand salsa also available at stores such as Walmart and Target. Margarita’s Amigos is a small chain of five Mexican restaurants founded in the 1980s in the Kansas City, Missouri, area. The salsa is distributed by Paris Brothers Specialty Foods, also based in Kansas City. 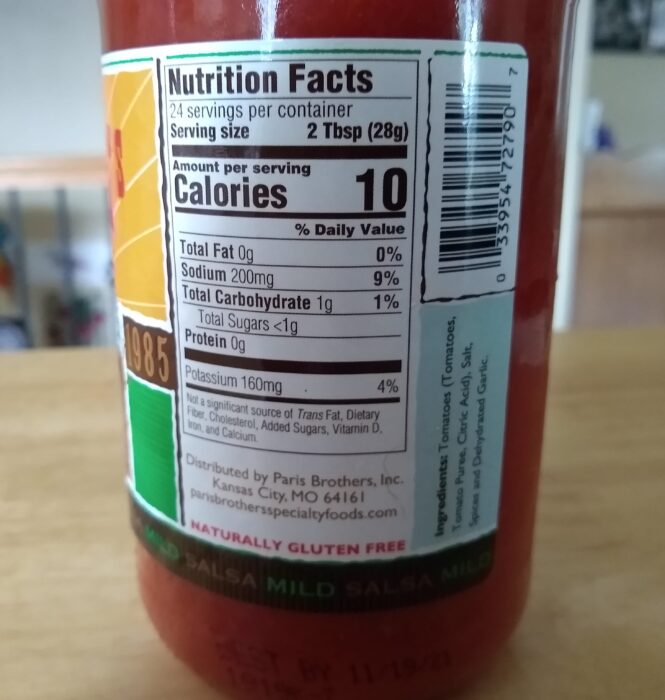 My complaint with most store-bought salsas is that the ingredients list is not transparent when it includes vague items like “spice.” This is also a problem with other salsas I’ve had such as name-brand On the Border salsa and some of Aldi’s house-brand salsas. How hard would it be to say what spices are used? Or are they hiding something?

This salsa has a mild taste, and it’s a tomato-based salsa without the peppers or onions commonly seen in other salsas. Because it lacks peppers and onions, the flavor is more one-dimensional, but it’s still a solid choice for taco night. It’s not a very chunky salsa either, with the tomatoes blended up pretty small for a smoother consistency, which is more like what I usually see at restaurants. It’s not a spicy salsa either, which makes it a good choice to serve to picky kids who don’t want spicy food.

This salsa is not exclusive to Aldi, and it comes from a small restaurant chain in Kansas City, Missouri. It’s mild and tomato-based with a smoother consistency, and it’s become a go-to for taco night in our household.