Homemade pizza is one of my family’s favorite meals. I started making my own pizza during the baking craze that happened last year when people were staying home and cooking more. My family likes it better than many frozen pizzas, although we might be hard pressed to say whether we like homemade pizza or Aldi take and bake pizzas best.

I make our pizza crust with a packet of Baker’s Corner Fast Rising Instant Yeast from Aldi, and I follow the easy pizza crust recipe on the back of the yeast packet. I typically top our pizza with turkey pepperoni (sometimes) and shredded mozzarella cheese from Aldi, and I use a jar of name-brand Classico pizza sauce that I pick up at a regular grocery store.

During a recent Trader Joe’s run, I decided to try their pizza sauce and see what my family thought. 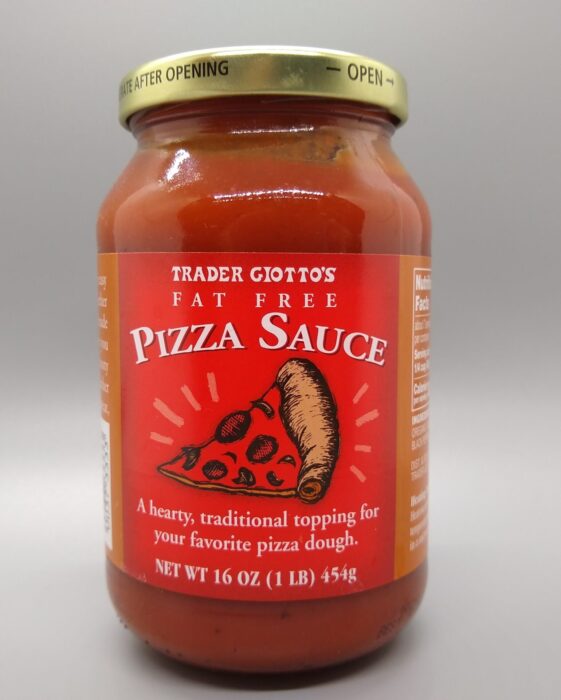 Trader Giotto’s Fat Free Pizza Sauce cost $1.99 for a 16-ounce jar at the time of publication. The label describes it as “a hearty, traditional topping for your favorite pizza.”

A 14-ounce jar of Classico pizza sauce from Walmart was just a few cents cheaper than this TJ’s sauce at the time of writing, so the Trader Joe’s sauce seems to be competitively priced compared to other brands. 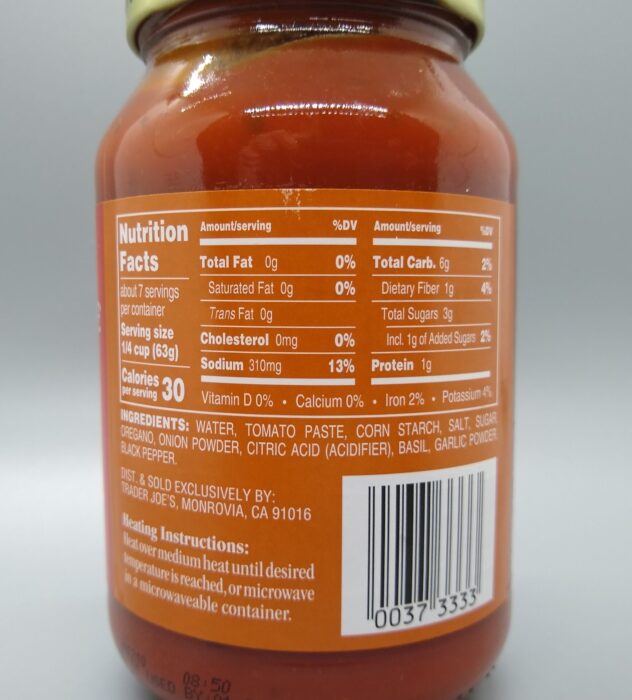 The jar label states you can top your favorite pizza crust with this sauce, whether you make your pizza crust homemade with fresh dough or use a store-bought pre-baked crust. You also can spread this sauce on a slice of crusty French bread or an English muffin. Then add cheese, meat, and veggie toppings as desired, and bake it.

This sauce is also good for dipping calzones or bread in. To heat it for use as a dip, heat over medium heat in a saucepan until your desired temperature is reached, or microwave it in a microwavable container.

This sauce should be refrigerated after opening.

I made some pizza crusts using my Aldi yeast packets as usual, then added the Trader Joe’s pizza sauce and topped it with shredded Aldi mozzarella. I divided one jar of sauce between two pizzas, which was pretty generous, so there’s probably enough sauce for three pizzas in one jar if you want to make it go farther.

The pizza looked like this after I added the sauce and before I added cheese: 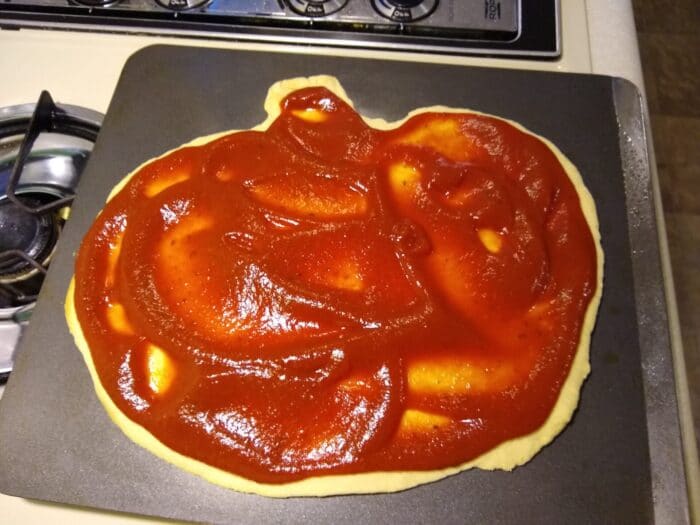 Homemade pizza before adding cheese and baking. Because it’s October, I made the pizza in a pumpkin shape. 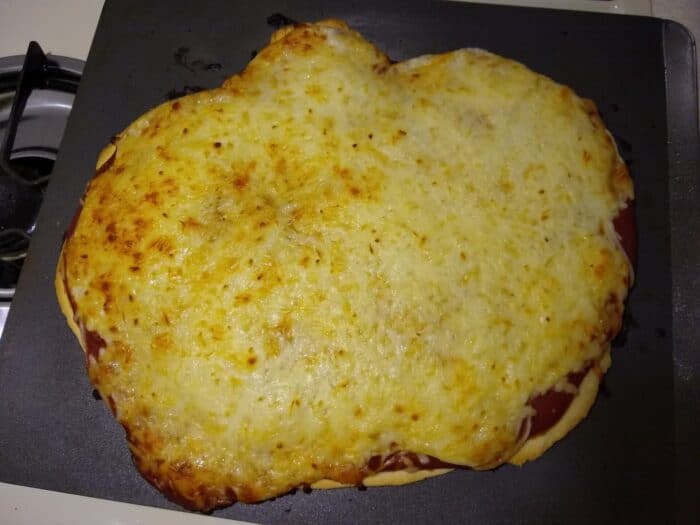 My family liked this pizza with the Trader Joe’s pizza sauce as much as my other homemade pizzas. One family member said they preferred the name-brand sauce I usually use, but they still scarfed down a lot of this pizza, so I’d consider the TJ’s sauce to be a winner. I also appreciate that it’s made with a lot of easily identifiable ingredients and is low in added sugars.

Trader Giotto’s Fat Free Pizza Sauce tastes like a lot of other good pizza sauces we’ve had. We used it on a family pizza night and the pizzas turned out great. This sauce gets bonus points for being made primarily with whole, simple ingredients.