This past New Year’s Eve, I was at a family party where they served tamales alongside an array of appetizer-style foods. I had never had tamales before, so I tried them. I liked them. A lot.

Since then, I’ve become a huge tamale fan. Whether they’re spicy or not, beef or chicken, I like all kinds. So when I saw that Aldi’s distant cousin Trader Joe’s had them, I decided to try them out. 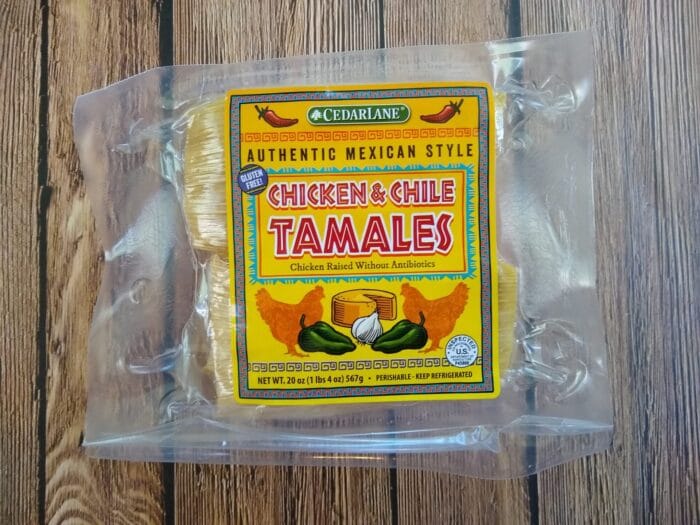 Trader Joe’s Chicken and Chile Tamales can be found in the store’s refrigerated section. They cost $6.99 for a pack of four, or about $1.75 per tamale. Trader Joe’s also sells tamales in the frozen section that come in packs of two for $3.99, or $2 per tamale, so these refrigerated ones are the better deal.

These refrigerated tamales are not very long, but they’re fatter than some of the tamales I’ve seen in other places. They’re wrapped, like all traditional tamales, in a cooked corn husk.

The tamale filling includes chicken, tomatillos, black beans, cheese, mangoes, corn, peppers, and cilantro. Regarding nutrition information, each tamale has 290 calories, 16 grams of fat, and 580 milligrams of sodium. These tamales also contain milk, if you’re looking out for allergens. 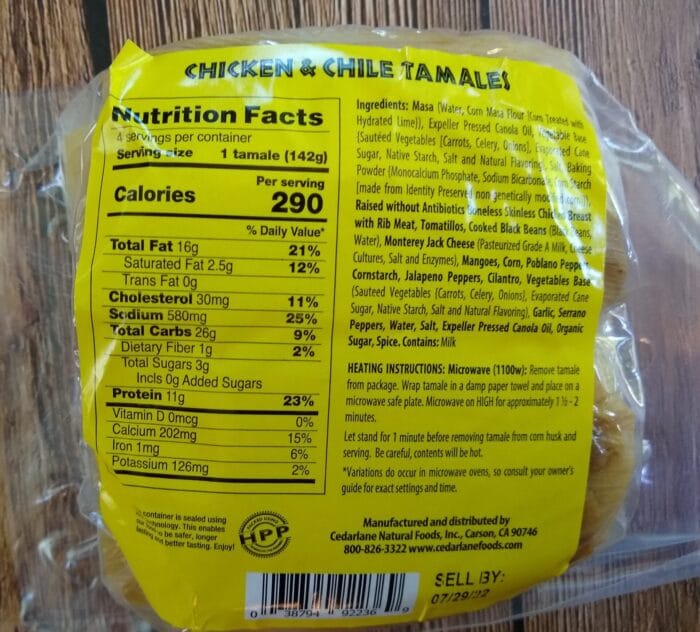 The heating instructions just come in one way, which is the microwave. To heat these in the microwave, remove a tamale from the package and wrap it in a damp paper towel, then put it on a microwave-safe plate. Microwave on high for 1 ½ – 2 minutes. Let it sit for 1 minute before removing the tamale from the corn husk and serving. 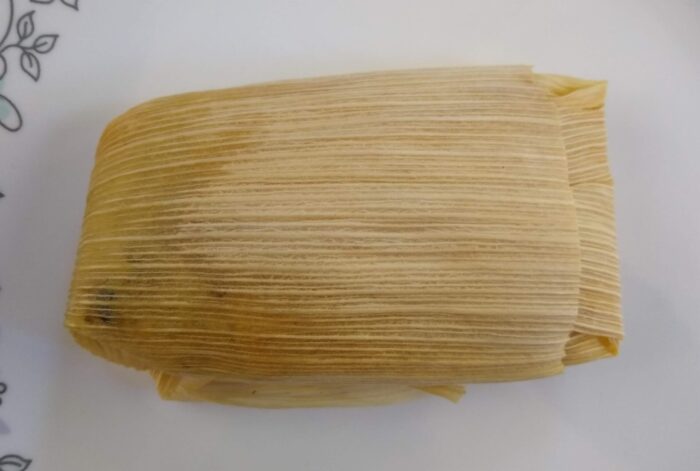 Note: like all tamales, these are greasy, so be careful when you’re handling them and keep some napkins handy. 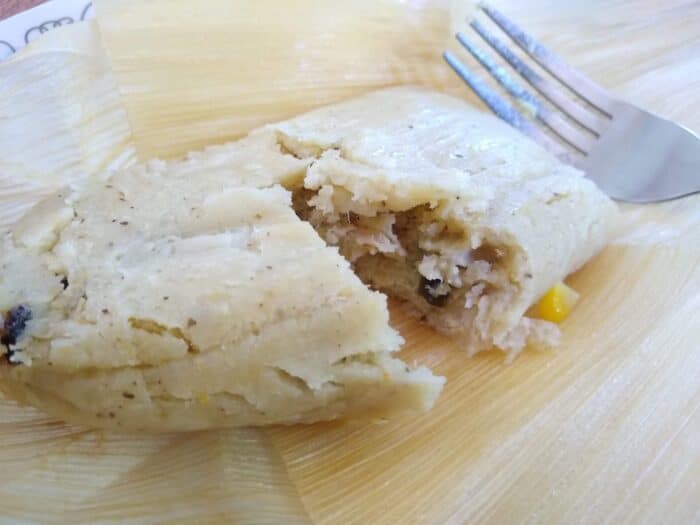 I thought these were okay. On one hand, they aren’t spicy at all, which I prefer. Compared to the other tamales I’ve had, it’s unusual because all the ones I’ve had have been at least a little spicy. If spicy is important to you, you might not like these as much.

I also liked how big these were.

These tamales are all right, but I would suggest just buying more expensive ones that come in larger packs, for the amount of tamales it comes with and the flavor. But if you’re looking for tamales that lack the usual spiciness, these are as good as anything.