A while back we tried out Aldi’s salt and pepper grinders. We were sorely disappointed: while the salt and pepper itself was perfectly fine, the grinders themselves were a mess. One of the salt grinders and one of the pepper grinders cracked, leaving the grinder useless and almost destroying our meals in the process. We were able to salvage most of our remaining salt crystals and peppercorns, putting them in a more permanent grinder, but we’d prefer to have grinders that actually do what they claim to do.

Later on, we noticed that Trader Joe’s also sold grinders. We decided to find out if they were superior to their distant cousin. 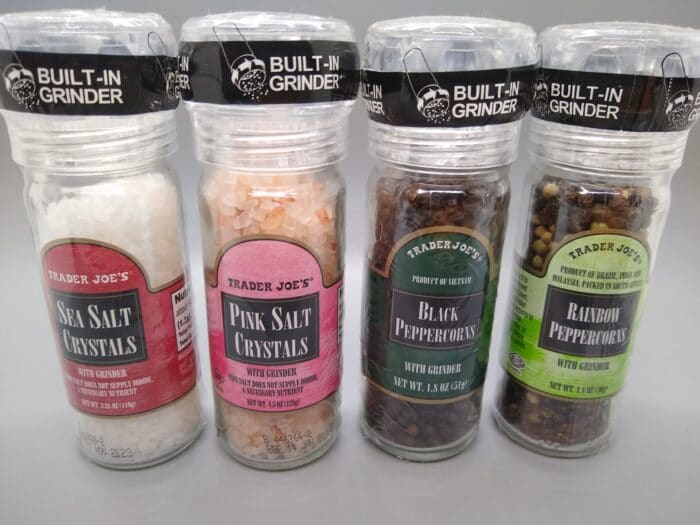 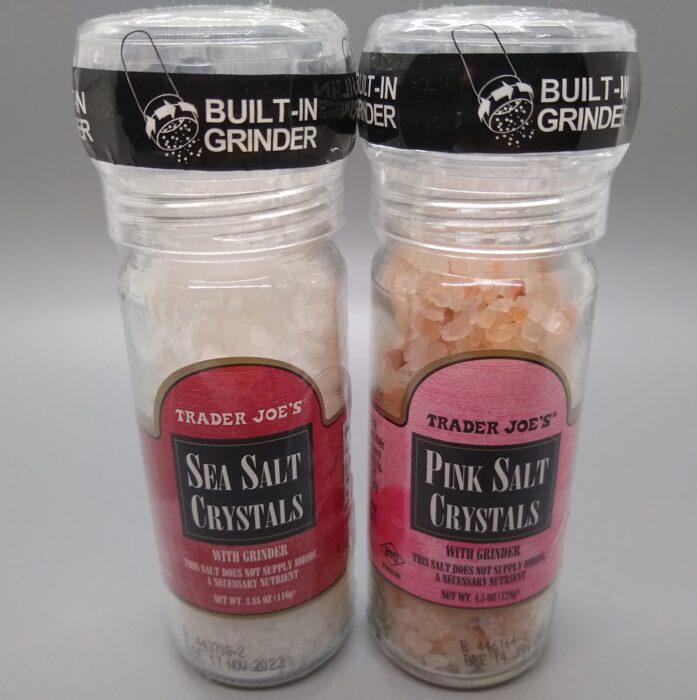 I found both the sea salt and pink salt to taste identical, and once they’re ground up they look identical, too. Most pink salt comes from salt mines in the Himalayas of Pakistan. Some people like them because they have trace minerals, but there isn’t any available evidence that it is any better for you than any other kind of salt. That said, given that the pink salt is cheaper, it would seem to be the better purchase anyway. Both of course, should be consumed in moderation. 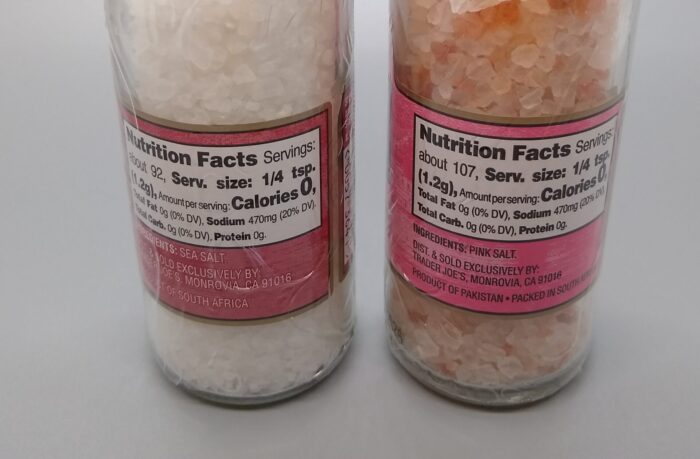 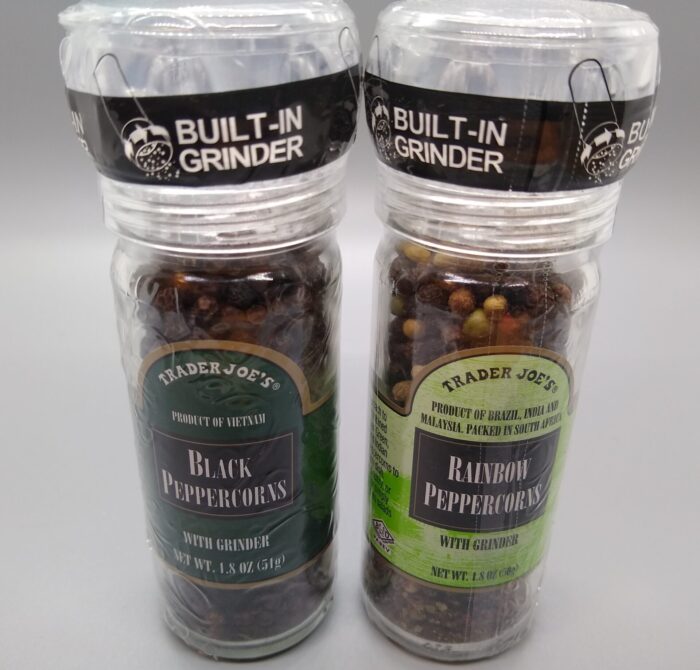 The two peppercorns cost $2.29. Both are 1.8 ounces, which comes out to $1.27 an ounce. Like the salts, these pepper prices are lower per ounce than the Aldi grinders.

I also found the two styles — black and rainbow — to taste by and large the same. An experienced culinary expert might have a better sense of the differences and use them in different ways. 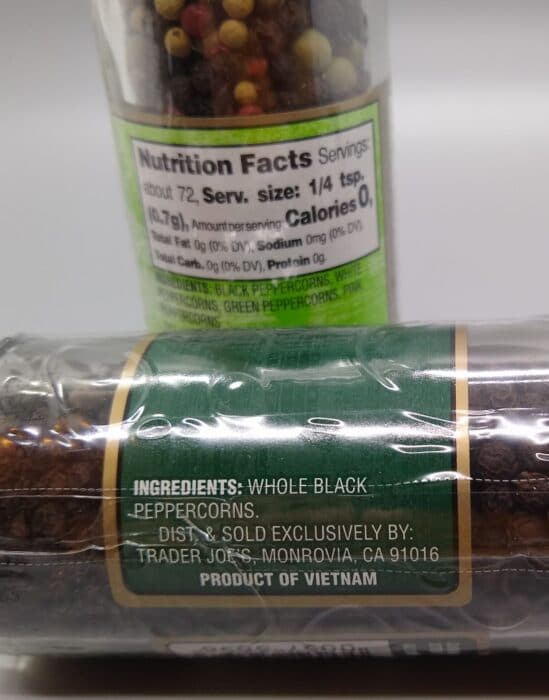 Shoppers looking for grinders should take a look at the ones from Trader Joe’s. They’re cheaper than the ones from Aldi, and taste and operate like you’d want them to.