A century ago, during the first World War, the U.S. government had a problem. The Central Powers — Germany, specifically — were deploying poison gas into the field, forcing the Allies to produce gas masks for their troops. The masks originally used cotton liners for the filters, but the demand for cotton in other areas, like bandages, forced the United States to consider other materials. The government eventually settled on paper tissue.

A few years after the war, in 1924, the Kimberly & Clark (now Kimberly-Clark) decided to sell paper tissue for consumer use as a cold cream remover. The company adopted the name Kleenex: the first part of the name was a variation on the word “clean,” while the “ex” was meant to associate it with a line of other Kimberly & Clark products that included Kotex.

Most people, though, didn’t use it for cold cream. Kimberly & Clark discovered that consumers were, instead, using it as a disposable handkerchief. The company changed its strategy, and of course today the word Kleenex is synonymous with facial tissue.

Kleenex is *the* tissue name, but there are many, many others, including brand competitors like Proctor and Gamble’s Puffs and the countless generic and off-brand tissue boxes out there. Aldi, like most other grocers, maintains its own brand of tissue, Willow, which it has had at least since 2009. 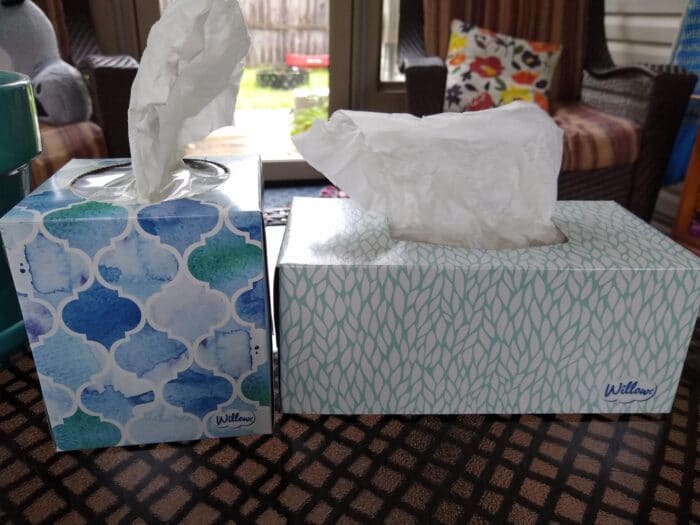 The large box indicates that it has no inks, dyes, or perfumes. 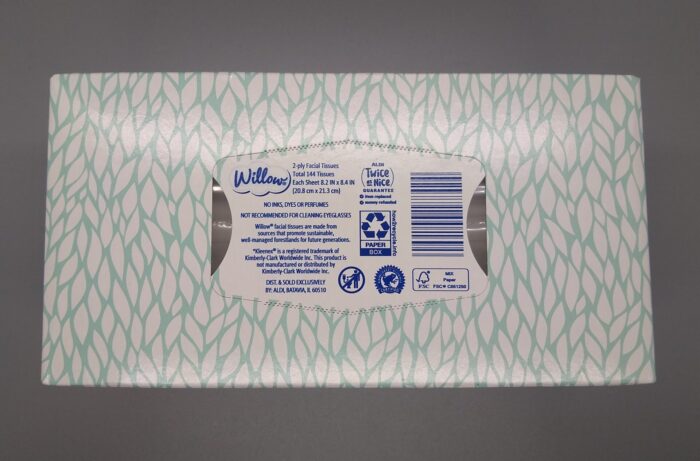 The smaller lotion box says it contains amodimethicone, trideceth-6, PEG-400, tocopheryl acetate, and aloe barbadensis leaf extract. Both say they are not recommended for cleaning eyeglasses. 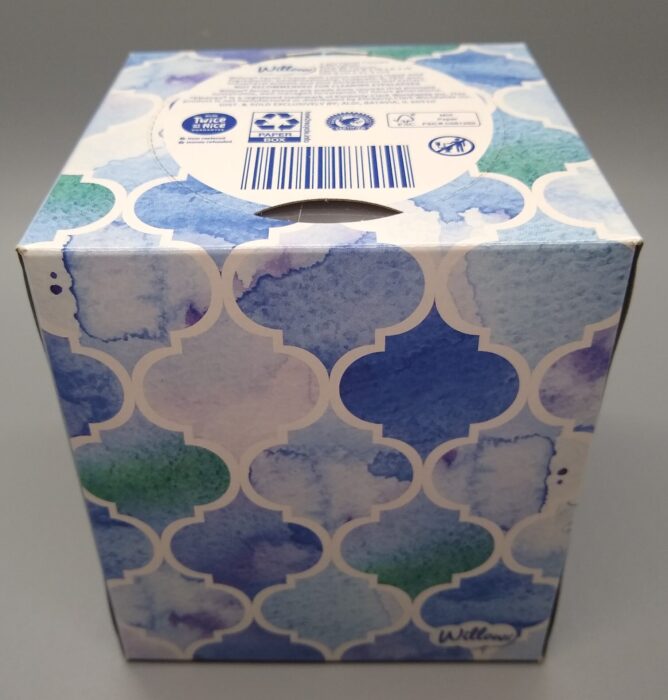 On price, Willow tissue is a great deal. The large Willow box is as cheap as anything out there, even compared to a standard Great Value (Walmart) tissue box. The small box of Willow lotion tissue is more, but it’s still less than other lotion tissues and is cheaper than a name brand without lotion. I should also add that the Aldi tissues are identical in dimensions to the name brands: 8.2 inches by 8.4 inches.

As for use? We were surprised to discover, that, during tests, the Willow held up well compared to the name brands. The facial tissue feels about as soft and nearly as durable as Kleenex or Puffs, and it’s superior to the Trader Joe’s tissue, which is recycled but also rougher. The small box of Willow lotion tissue is a little softer and smoother, but the large box feels pretty soft in its own right.

Willow Facial Tissue is a solid option for blowing your nose. Both the large box and small box tissue are inexpensive, and they’re soft and fairly durable to boot. For those reasons, they’re our go-to tissue.