Cell phones are more or less a necessity now. Two decades ago, you could get by without one, thanks to the fact that pay phones and landlines were everywhere. That’s not true anymore. Now, if you don’t have a cell phone, you don’t have a means to make a call, unless you can convince someone else to let you use their phone.

The problem is that most smartphones aren’t all that durable. With few exceptions, dropping one is dangerous, and dropping one in water is fatal. I’ve never bought a smartphone without buying a protective case, but a standard smartphone case is meant to reduce damage from drops, not from the elements. My case doesn’t do anything if it falls into a pool or lake.

Fortunately, there are cases available to help in more rugged situations. Aldi sells such cases, usually during the summer months. One of them, the Adventuridge Watertight Storage Case, is big enough for a phone, wallet, and keys. If you need something that’s only for a phone, Aldi has that, too. 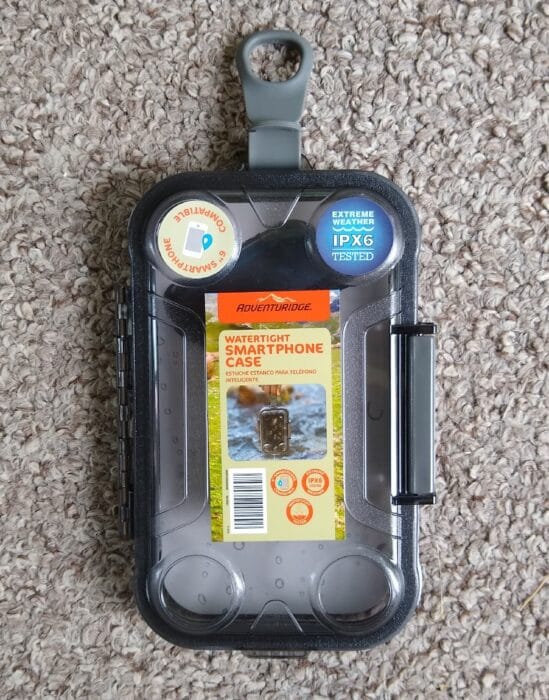 The Adventuridge Watertight Smartphone Case (Product Code: 11279) is an Aldi Find, which means it’s only in stores for a limited time. At the time of this post, the case costs $4.99. That’s a lot less than most other cases of this type.

The case doesn’t indicate who manufactured it, other than stating that it is made in China. Interestingly, although there is no warranty information on the case, Aldi’s website indicates the case comes with a 2-year warranty. This same situation — an unadvertised warranty — happened with the larger storage case in the past.

It’s made of a polycarbon shell and uses a single latch and a rubber seal to create an airtight enclosure. It also has a rubber tether that can be used to grab it or hook it to something else. Helpfully, the shell also has some textured spots for grip. The case measures 1.15 inches deep, 4.45 inches wide, and 7.36 inches tall. I was able to fit my 6.2 inch smartphone — which is inside a protective case — into this waterproof case without trouble. 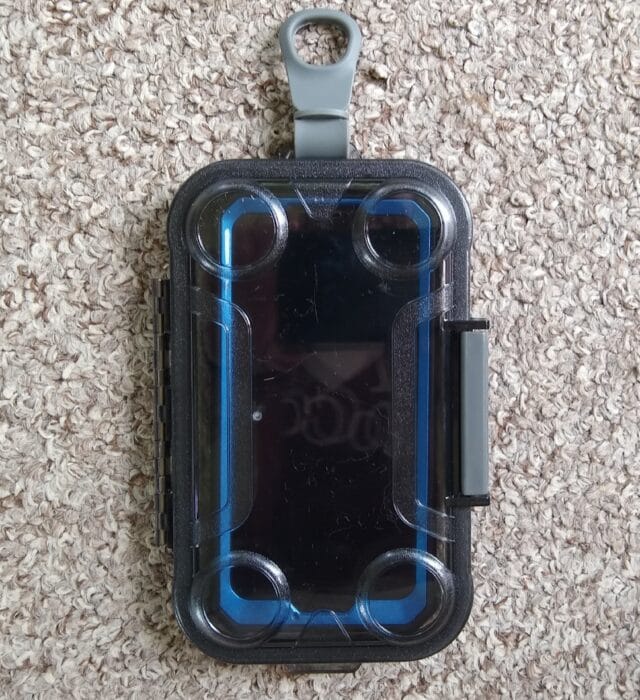 The case has an IPX6 rating, meaning it is designed to absorb “powerful water jets.” I put it to the test in my sink, filling it with water, running the faucet over it, and pushing it down underwater for several seconds. The case naturally floats, even with a phone inside, and stayed dry through my experiment other than a little bit of water in the seal itself, which also happened with the larger case. The inside of the case, meanwhile, stayed fully dry. 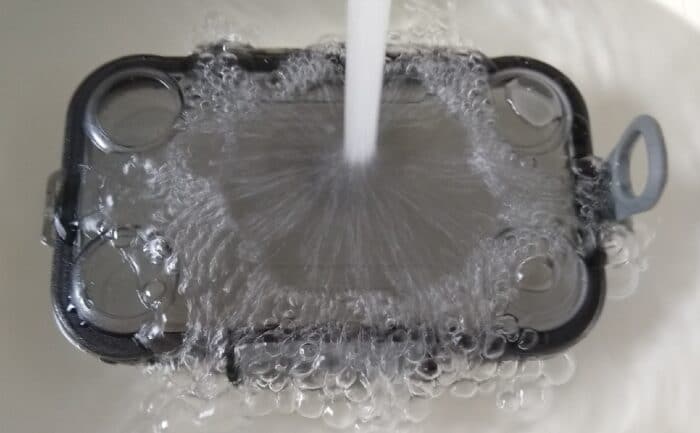 The Adventuridge Watertight Smartphone Case is a good choice if you need some insurance when taking your smartphone into tough and wet terrain. The polycarbon shell, watertight construction, and ease of use are all pluses, as is the low price. The (unadvertised) 2-year warranty is a bonus.