I’ve been using projectors professionally for nearly two decades now. In that time, I’ve learned a lot. Every projector has its own good points and bad points. Some projectors have amazing image output but expensive replacement lamps. Others are dirt cheap and have the color quality to show for it. And all of the ones I’ve used, even some more expensive ones, have been underwhelming in the native sound department. (I’ve always, always used separate speakers.)

In the winter of 2021, Aldi US sold an LED projector and separate screen under the Medion brand. This was a surprise because Aldi in the States — unlike, say, in Australia, which often sells TVs — hasn’t typically sold technology like this, especially in recent years.

For the second time in a year, Aldi is selling a different projector under one of its other house brands. 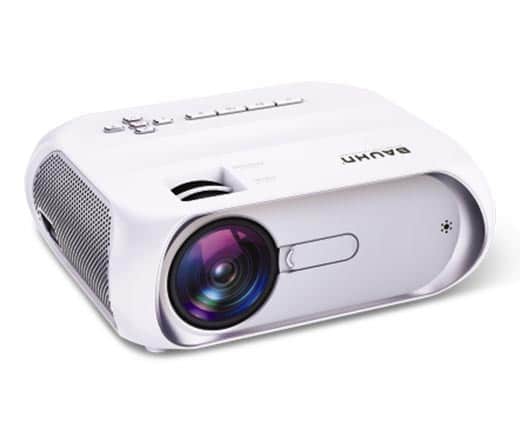 The Bauhn LED Projector (Product Code: 705262) is an Aldi Find, which means you can only find it in stores for a limited time. Each store will get a single shipment, and once it’s gone it’s gone. Aldi doesn’t ship online, so if you can’t find one in stores, you’re out of luck.

At the time of this post, the projector cost $99.99. For comparison, that’s $30 less than the Medion LED projector Aldi sold in December of 2021, which, to be fair, did include a couple of cables. LED projectors online vary widely in price, from $70 to several hundred dollars. That puts the Bauhn projector on the lower end of prices. 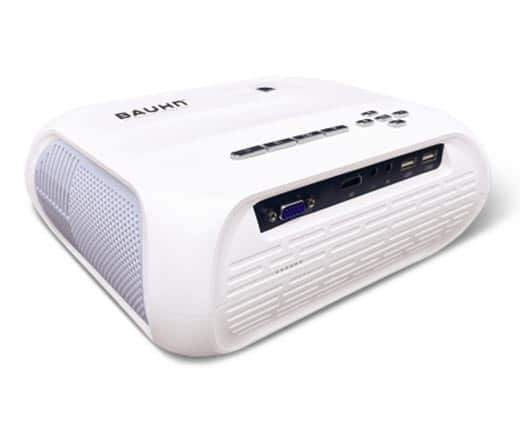 The picture of the ports seems to indicate that it has 1 VGA input, an HDMI input, 2 USB inputs, and a 3.5 mm audio in and audio out. While having the HDMI is probably the most important for most users, the VGA cable can also be useful depending on what you’re outputting your video from.

We haven’t tried out this specific model, so we can’t speak to the ease of use, the quality of the image, or how long it lasts. We’ve created this open thread for users to share their experiences.

Have you used this projector? Let us know about it in the comments.