Skip to content
Home Features Is it ALDI, or Aldi? (Or, to use all caps or not use all caps?) 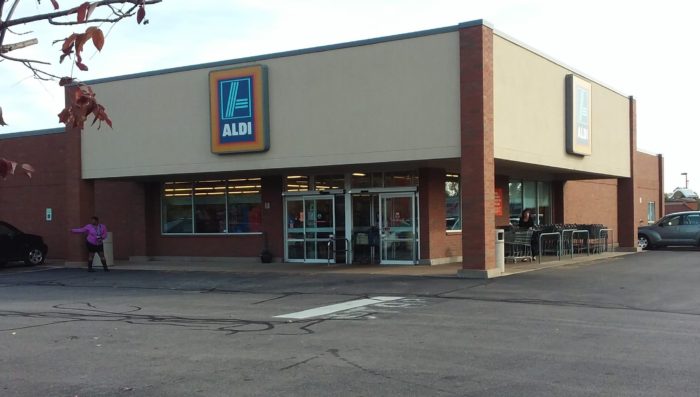 Our local Aldi (or local ALDI, take your pick)

Any site that deals with content writing has to think about the big things and sweat the small ones. And when you’re a site devoted primarily to covering Aldi products, you definitely have to think about any details that involve the German grocer. What might be a small detail to another site is a bigger deal to us.

So the question: is it ALDI, spelled with all caps, or Aldi, with a capital A and the rest of the letters lower case?

Before we answer this, a short bit of history: the German company traces its roots back as early as 1913, but the modern company emerged in 1962, when the Albrecht brothers created a name out of a mashup of “Albrecht-Diskont.” (Diskont, as you would guess, is German for discount.) That would have made it more like AlDi, but of course the brothers didn’t do that, instead going with “Aldi.” They also split the company into two separate corporations, Aldi Nord and Aldi Süd, over a difference of opinion regarding cigarette sales. The two companies are related but distinct: Aldi Nord, for example, operates Trader Joe’s in the United States, while Aldi Süd operates Aldi US.

For both Nord and Süd, the historical approach has been “Aldi.” However, in recent years, the company has taken to stylizing itself as “ALDI” worldwide, something you can see in the main German Aldi site and in the Aldi US press releases. One could argue that it’s a bit like what Wal-Mart did when it became Walmart.

So that means it’s ALDI, right? Not so fast.

Most of the mainstream press still renders the company as “Aldi.” At the time of this post, ABC, CBS, NBC, Fox News, and the Wall Street Journal all count among the major U.S.-based outlets that use the non-all-caps form. In the United Kingdom, BBC and the Guardian do the same. So does Reuters. And so does the Associated Press, whose AP style is the Bible for journalism.

There are some blogs and local outlets, such as local TV stations and newspapers, that have taken to using “ALDI,” like the grocer does, but “Aldi” remains the overwhelming choice in the press.

On our site, we tend to stick with what the press does, going with “Aldi” … although there are some exceptions. We used to use the uppercase in Aldi’s latest term for Special Buys — “ALDI Finds” — but at a certain point we determined that most of the press does not. While our older posts may still use ALDI in Aldi Finds, as of 2020 the only time we use ALDI is if we are quoting Aldi directly.

That means that, on this site, we’ll mostly use Aldi. That is, unless everyone decides it’s ALDI. And then we’ll do that. Maybe.

Either way, at least we can all agree on one thing.

It’s not Aldi’s. Or ALDI’s. Because that’s just wrong.