Some Thoughts on the Aldi-Walmart Price War 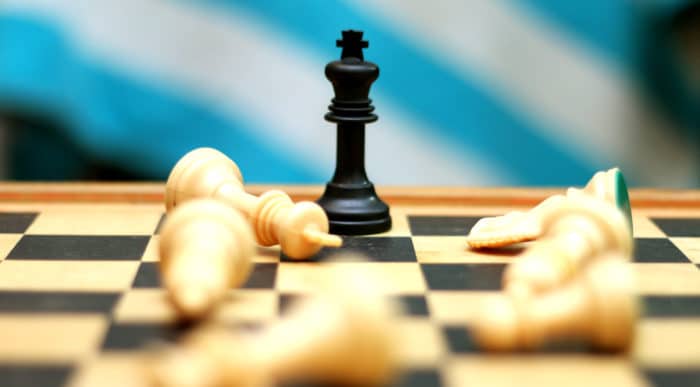 In case you haven’t noticed, there is a “war” on. Earlier this year, Walmart launched an initiative to better compete with grocers, with the implication that Aldi was the prime target. Walmart has even pressed its food suppliers to drop their prices so that Walmart can drop its prices.

Aldi, for its part, has responded by expanding its store numbers.

What to make of it? Here are a few thoughts.

This is a Goliath vs. Goliath battle

Walmart brings in more cash than any other company on the planet, with an incredible $485+ billion a year in revenue. They do it through a business model of putting other companies out of business; Sam Walton (who briefly went to school with my grandmother) knew exactly what he was doing, putting up his stores in rural areas where he could easily undercut and eradicate the competition. Anyone who grew up in small-town America in the last half-century probably watched Wal-Mart (as it was then known) come in and do just that.

Aldi, though, is no mom-and-pop business. The two German-based companies that share the name have combined annual revenues somewhere north of $50 billion, and the parent company of Aldi US (Aldi Süd) doesn’t shy away from planting stores in Walmart territory. Aldi has thrived in highly competitive grocery worlds in other countries, and I would expect it to do so here. That Aldi is expanding during an economic upturn is even more interesting; Aldi’s sales have doubled in the last five years, at a time when people might seem less likely to go to a discount grocery. Not the case here.

Walmart stores aren’t getting smaller. Walmart Supercenters are now far more common in rural, suburban, and urban areas. We’ve all seen them: those massive, sprawling buildings with everything from tires and shotguns to groceries and jewelry … not to mention a pharmacy, eyeglass store, fast food shop, and whatever else they put inside them. Walmart sells almost everything, and being a one-stop shop makes it attractive for busy American consumers. Knowing that you can get everything at once gives them leverage.

Distributors know it too. That’s why major brands want their products on Walmart’s shelves … and why Walmart is in a position to demand they find ways to lower their costs.

Aldi doesn’t try to match Walmart on inventory. In fact, it does just the opposite, as a low-inventory store that carries only things that sell well, then supplements that core inventory with its ever-rotating Special Buys (ALDI Finds) that include everything from camping supplies to Christmas storage. While Aldi stores are starting to get a little bigger, they’re no Supercenters. They gamble that they carry enough of what you need to get you in the door, and by and large they’re right.

That’s not the only area where we see efficiency. Aldi workers operate on a different planet from Walmart workers, with a speed and hustle that is without peer. I’ve been through lines at both stores countless times, and the slowest Aldi worker runs circles around the fastest Walmart one. This lets Aldi run with a leaner staff; even accounting for the fact that Aldi workers are better-paid, it saves the German grocer a lot of money. When you add the fact that Aldi doesn’t bag groceries or bring carts back in, it’s not hard to see how Aldi offers such low prices.

This story is primarily about Aldi and Walmart, but the “grocery wars” aren’t limited to just those two. Amazon is pushing into the grocery scene along several fronts, including its recent acquisition of Whole Foods as well as Amazon Fresh and Amazon Go. Aldi competitor Lidl has touched down in the States. And there are others, many of them regional: Publix, Save-A-Lot, Meijer, Kroger, wholesale clubs, farmers markets … and the list goes on. (Even dollar stores have gotten into the grocery business.)

The competition over grocery dollars is pretty serious right now. It’s not a bad time to be a food consumer.

Obviously, we expect Aldi to be right in the thick of it.