Who Owns Aldi Stores: What You Might Not Know About Aldi 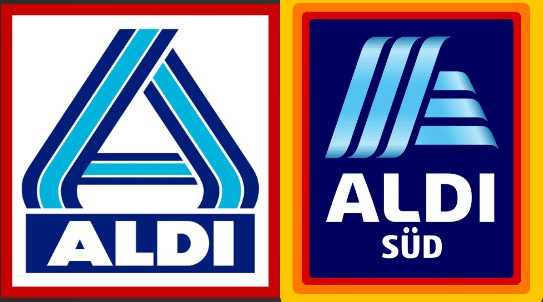 Aldi is one of the fastest-growing grocery chains in the world. The German supermarket is known for its low prices, small inventory, and no-frills approach to shopping, from its vaunted quarter system to the fact that shoppers bag their own groceries. Aldi stores are a unique world all of their own.

The grocer is also growing. Aldi continues to expand aggressively throughout Europe, Australia, and even parts of Asia. In the United States, Aldi is poised to become the third-largest grocer in America, trailing only Walmart and Kroger.

With the increased interest in the company, people are liable to ask: who, exactly, is “Aldi?” And who owns the stores that bear that name?

The first thing you need to know about “Aldi” is that, technically speaking, it refers to two different companies, although it didn’t start that way.

In 1913, a young lady named Anna Albrecht founded a small grocery store in the suburbs of Essen, Germany. Her husband, Karl Albrecht, Sr., was a former miner afflicted with black lung disease who went to work in a bread factory. During World War II, Anna’s two sons, Theodor and Karl, were drafted into the German military: Theo fought in North Africa and was taken as an American POW, while Karl was wounded fighting against the Russians.

Both brothers returned to Germany after the war. In 1946, they took over Anna’s grocery store, naming it Albrecht KG. They expanded soon after, and by 1950 they had over a dozen stores in operation.

In the early 1960s, the brothers split the company after they couldn’t come to an agreement on whether to sell cigarettes and other tobacco products. However, the brothers also settled on an unusual arrangement: while they would operate two separate companies, they would continue to cooperate in their business ventures. For starters, they decided to create two companies with variations on the same name: Aldi, which is short for Albrecht-Diskont … or, for the English-speaking crowd, Albrecht Discount. (That’s why the company is Aldi, not Aldi’s.) One brother named his company Aldi Nord while the other named his Aldi Süd.

The companies continued to work closely in other ways, operating under what the German-based Deutsche Welle called a “a complex web of private trusts and holding companies.” The two companies, for example, have strategically divided up which countries they’ve expanded into, and they will sometimes negotiate as a single enterprise with other companies. The two companies even use a common international website. There is a limit to how much the public knows about the arrangement, though — since they are private companies that don’t sell stock, they do not have to make the kinds of financial disclosures publicly traded companies do. 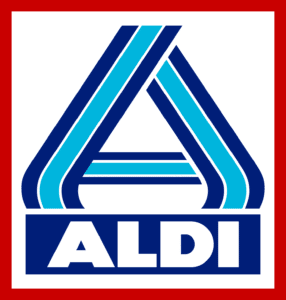 Aldi Nord is known more formally as ALDI Einkauf GmbH & Co. oHG. The company is headquartered in Essen, Germany, a city in west-central Germany not far from the Netherlands, and not far from where Anna Albrecht’s store first opened. Essen has a population of over 500,000 and is part of a cluster of cities in that part of Germany known as the Ruhr, collectively the largest urban area in the country.

The company was founded by younger brother Theodor (Theo) Albrecht, who ran the company until his death in 2010 at the age of 88, at which point company ownership passed on to his heirs, including children and grandchildren. At the time of his death he was the 31st richest man in the world, with a net worth of over $16 billion. He was, like many in his family, very private and reclusive, almost never stepping into the public eye.

Part of the reason: in 1971, Theo was kidnapped and held for ransom for 17 days, an experience which led him to be even more secretive, even to the point of taking different routes to work every day. Appropriately for the owner of Aldi, Theo was dressed so frugally that the kidnappers did not initially believe they had kidnapped the right person. Theo haggled with the kidnappers over the ransom sum and later went on to claim the ransom as a business expense.

The family’s tradition of secrecy continued after his death: when Theo’s son Berthold died in 2012 at the age of 58, the public was not informed of Berthold’s passing until a full month after his burial.

That hasn’t kept some details from leaking to the public. In recent years, Theo Albrecht’s widow, Babette, has been locked in a family feud over control of the company, complete with legal complaints and court orders.

At the time of this post, Aldi Nord boasts more than 60,000 workers in nine countries, nearly all of them in Western Europe save Poland. Aldi Nord also owns a company in a tenth country — Trader Joe’s in the United States — although Aldi Nord makes no mention of Trader Joe’s on its website, since Trader Joe’s operates independently of Aldi Nord.

Aldi Süd is known more formally as ALDI SÜD GmbH & Co. oHG. The company is headquartered in Mülheim, Germany, a city of over 170,000 people in the Ruhr, the same urban region that Aldi Nord is located. (According to Google Maps, Aldi Nord and Aldi Süd are headquartered less than 25 minutes from one another by car.)

Aldi Süd was founded by older brother Karl Albrecht, who ran the company until his death in 2014 at the age of 94, at which time his two children took ownership of the company. At the time of his passing he was worth over $29 billion, and was in 2010 the 10th richest person in the world, 21 spots ahead of his brother. He was the richest man in Germany for much of his life, including his later years. Theo and Karl were known to spend free time together, including at an island in the North Sea, north of Germany.

Karl was, like his brother, a reclusive man, staying out of the public eye, even to the point where Karl’s death was — like his nephew Berthold — not announced until after he was buried.

As the difference in net worth between Karl and Theo may suggest, Aldi Süd is the larger of the two Aldi companies. According to its website, Aldi Süd currently has over 138,000 employees in eleven different countries. Aldi Süd’s logo is probably the more familiar of the two for most people reading this, as this is the Aldi that has established stores in the English-speaking world, including the United Kingdom, Ireland, Australia, and, of course, the United States.

Aldi US alone employs over 25,000 workers in 1,600 stores across 35 states — larger than any other Aldi region in any country — and that number is expected to grow significantly in the years to come.

All of that growth, both of Aldi Nord and Aldi Süd, continues to be overseen by a very wealthy family in Germany that continues to stay out of the public eye. And because the companies don’t sell stock and aren’t publicly traded, they can hide their financial dealings more easily than a stockholding company like, say, Walmart or Amazon could.

One thing’s for sure, though: Aldi is a force, and the Albrecht family has profited well because of it.