Skip to content
Home Features Aldi Electronics: What is Medion?

Aldi Electronics: What is Medion?

Chances are, if you keep tabs on Aldi ads, you’ve noticed a gradual increase in Special Buys on electronics. In addition to usual smaller items like headphones and the occasional camera, we’re now starting to see larger and more expensive consumer electronics: speakers, tablets, computers, and even the occasional TV.

Two of the more frequent names among Aldi electronics, at least to date, have been Bauhn and Medion. We’ll take a look at Bauhn another day. Today we’re talking about Medion. 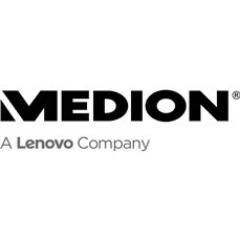 Medion is, according to its website, a German-based electronics company. That’s not a surprise, since Aldi is a German-based grocery store chain. But there is a little more to the story; Medion was acquired in 2011 by a Chinese corporation known as Lenovo. Lenovo is one of the larger electronics companies in the world, and it’s grown in part by buying other companies. In the mid-2000s, for example, Lenovo purchased IBM’s personal computer business, both laptops and desktops. Another example: in 2014 Lenovo purchased the Motorola line of phones from Google.

So Medion is a subsidiary of Lenovo. It’s hard to know what that means, exactly, since Medion (presumably) operates as its own company. We here at Aldi Reviewer haven’t had a chance to test drive any of Medion’s Aldi offerings, so we can’t comment on things like reliability or functionality. Unfortunately, there aren’t yet a lot of places out there where you can find reviews of Medion products, other than a few scattered forums, most of them out of Australia or Europe.

We have kept an eye on specs, though, and so far we’ve noticed one thing: most of the Medion products seem to be on the “budget” end in terms of power. In other words, these aren’t high-end electronics. This makes sense since most of them are offered at budget prices (and we’re talking Aldi here), but it also means that shoppers should take a close look at things like processor speed and RAM and compare that to other products on the market before making a purchase.

Nevertheless, Aldi has made a point to showcase Medion products in their ads, and it will be interesting to see how that part of their business grows in the coming years.