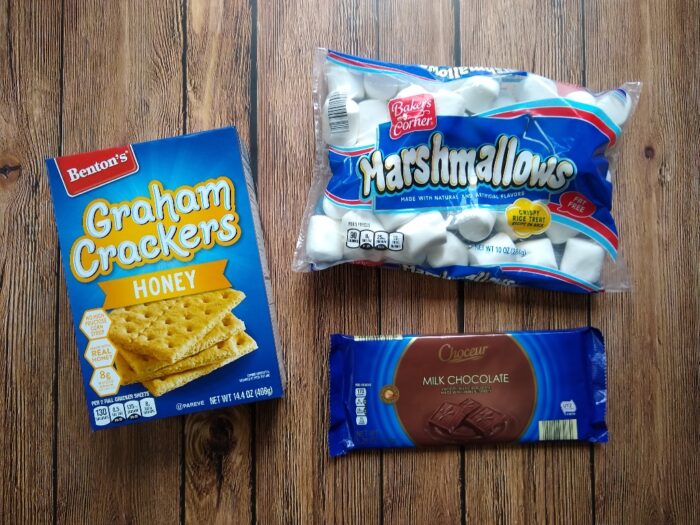 Campfires are a fun gathering during many times of the year, but they have a special place in the fall. As temperatures drop, a fire becomes not just a place to sit around, but also a place to warm up even in the great outdoors.

Cooking over a fire is a lot of fun, too, whether it’s hot dogs or foil packet dinners. Just as much fun — more maybe — is that time-honored campfire dessert: s’mores.

S’mores go back to at least the early 20th century, with the name a contraction of the words “some more.” How that exactly got changed isn’t entirely clear. What is clear is that if you live in the United States and Canada, you know what they are, and how to make them. In case you’re living under a rock, the answer is: toast a marshmallow over a fire, then put it and part of a chocolate bar between two Graham crackers. (One delightful variation: substitute a peanut butter cup for the chocolate bar.)

If s’mores are on your menu, Aldi has the ingredients to make them. All of these are Regular Buys, so you can find them in stores all the time. 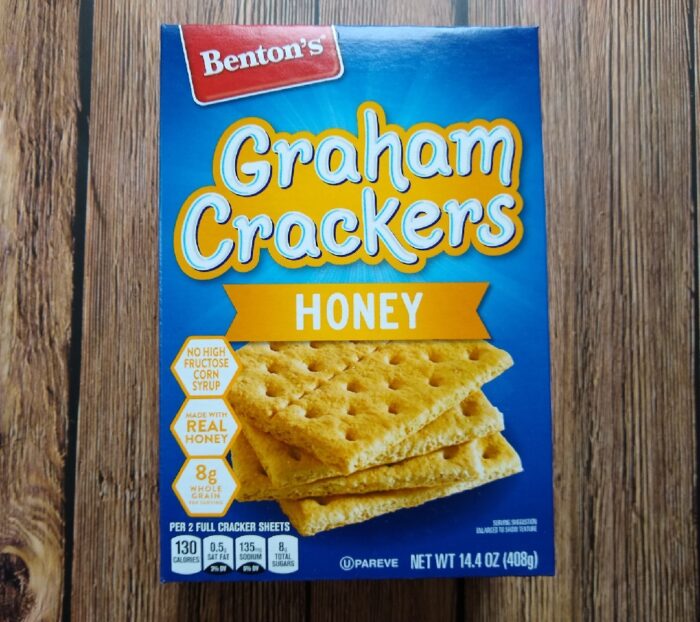 Benton’s Graham Crackers come in a traditional cardboard box. Inside, the cracker sheets are stacked inside three large plastic wrappers. Like most other graham crackers I’ve bought, the plastic wrap isn’t resealable, so I often use a Ziploc-style storage bag to keep them fresh once I’ve opened one of the packages.

The graham crackers come in honey or cinnamon flavors, and we’ve found that the honey variety tastes best in s’mores. We’ve found them to taste like the name brand crackers we’ve tried. They’re crispy, flaky, and have that slightly sweet flavor we’ve come to expect from graham crackers. In other words, we think these are just about right. 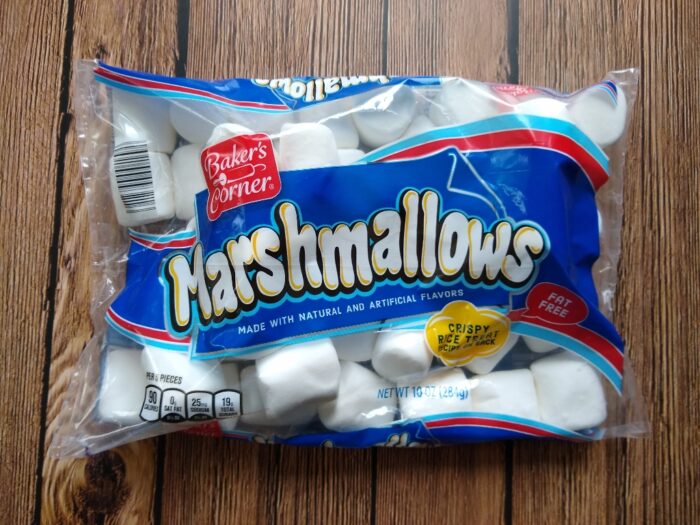 Baker’s Corner Marshmallows come in a plastic bag. The plastic bag is not resealable, so we either use a clip or tie to keep them closed or we transfer them to a Ziploc-style bag. They can be stored at room temperature, but we’ve learned the hard way in the past that if they get too warm they can melt together in a fused mess. If you’re going to be camping somewhere hot, you might want to store them in your cooler.

These marshmallows are really good. They’re nicely sized for a s’more especially, with a just-right texture. They cook up well on a fire, making for a toasty, gooey sandwich filling. 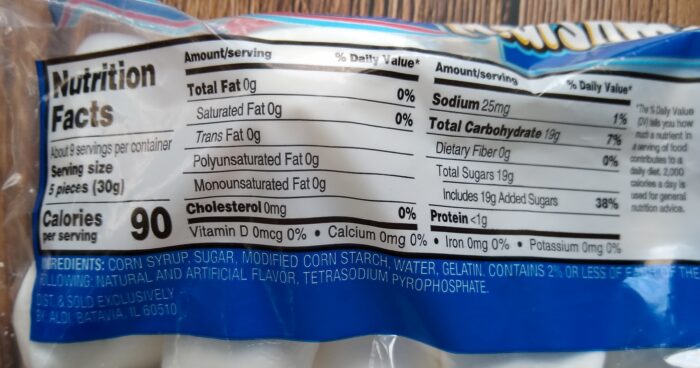 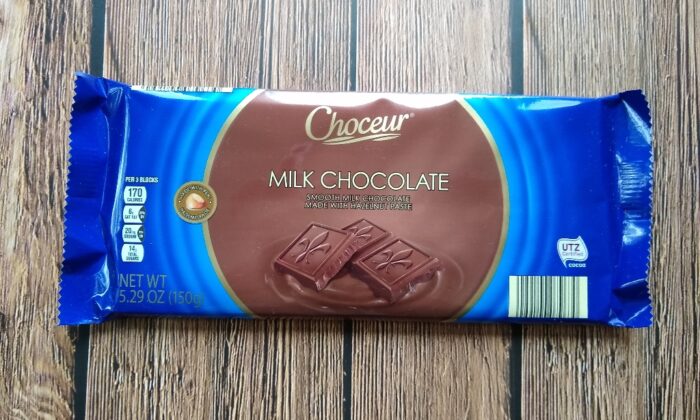 Choceur Milk Chocolate bars come in a plastic wrapper. As with the other s’more components, the wrapper isn’t resealable, and we usually clip the wrapper closed or at least fold it over if we don’t eat all of it in one sitting. Like the marshmallows, the chocolate can melt in the heat, so we store it in a cooler if we’re going to be anywhere warm. 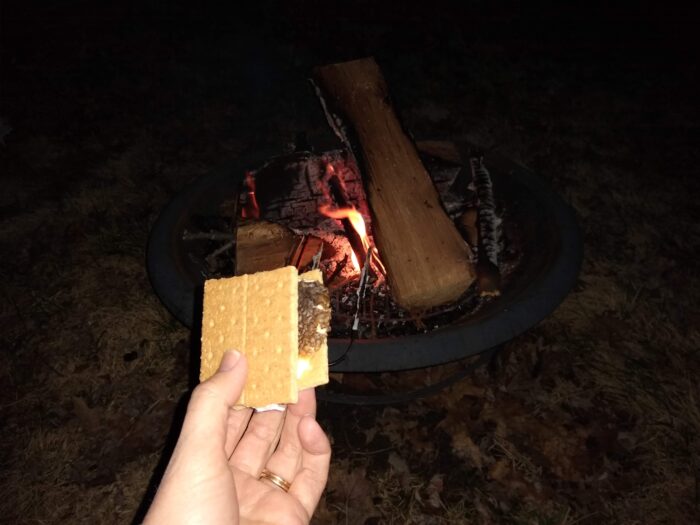 If you’re looking for a s’more, Aldi has all the ingredients for a good one. The graham crackers are tasty, the marshmallows are sweet, and the chocolate, while slightly different than a Hershey’s bar, is good in its own right. We’re fans of this trio.