There’s something satisfying about making things from scratch. Not only is there a sense of accomplishment from making it all yourself, but there’s also the positive of having fewer additives, preservatives, and other strange-sounding ingredients. Made-from-scratch food often tastes better, too.

There’s a reason, though, why people don’t always make everything from scratch. There’s more planning and labor involved, which can be a problem if you’re busy or if you happen to be missing one of the ingredients. There’s also the risk of more things going wrong, especially if you make a mistake putting your recipe together. At the end of a hectic day, there’s nothing worse than botching dinner because you forgot a cooking step.

In some instances, one solution to this dilemma is to find a middle ground: finding products that offer shortcuts to parts of the cooking process while still letting the cook assemble parts of the recipe from scratch. You get good taste and somewhat fewer ingredients while also getting a little less hassle.

All-purpose baking mix is one solution. Now, you can make your own, and with fewer ingredients than store-bought mix. But virtually all grocery stores also sell baking mix in a box, Aldi included. 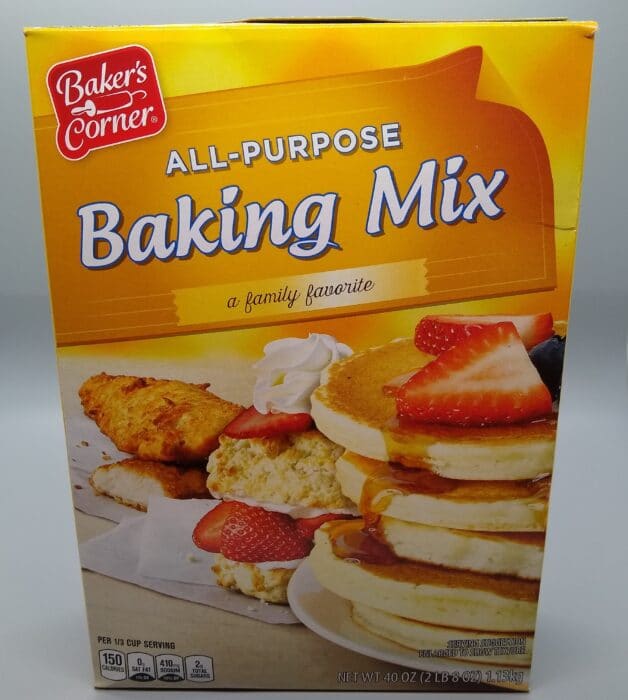 Baker’s Corner All-Purpose Baking Mix is a Regular Buy, meaning you can find it in stores all the time. A 40-ounce box costs, at the time of this post, $1.95, which is cheaper than baking mix that I’ve seen in any other store. The mix comes in a bag inside the box, and the box can be sealed with a tab. The bag isn’t too hard to open, and the box is narrow enough that I can usually pour what I need into whatever measuring container I’m using.

The back of the box has a nice collection of recipes, including pancakes, chicken fingers, biscuits, banana bread, and strawberry shortcakes. My guess is that most people use baking mix for biscuits or pancakes, although there are plenty of recipes out there beyond what’s on the box. 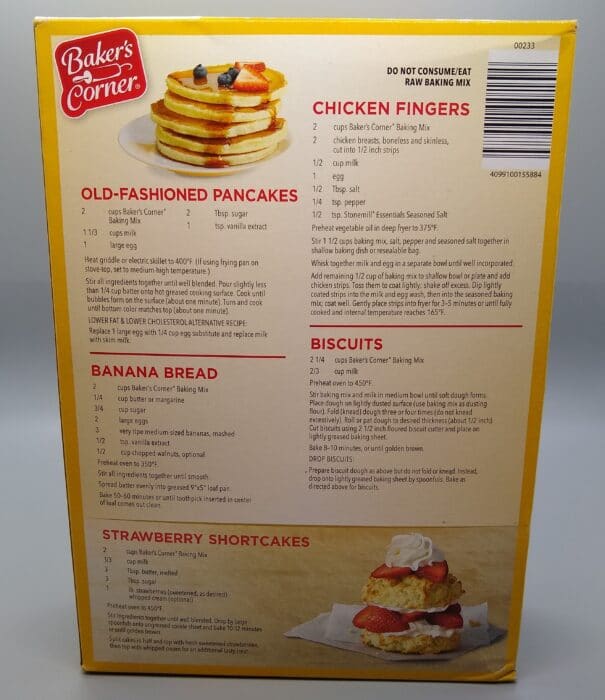 The recipes on the back of the box. (Click to enlarge.)

I tested the mix on pancakes, following the box recipe. It wasn’t hard to put together, and the pancakes themselves were fantastic. They cooked up easily and the family devoured them. We’ve made pancakes from scratch before that were thick and hard to cook both on the inside and out, but these were thinner and cooked up evenly, bubbling when it was time to turn them over.

After our success with pancakes, we tried the drop biscuit recipe. 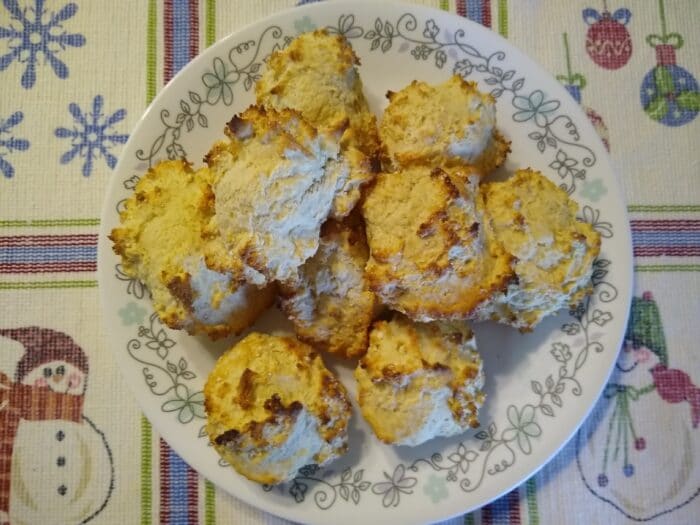 Drop biscuits made with the baking mix. 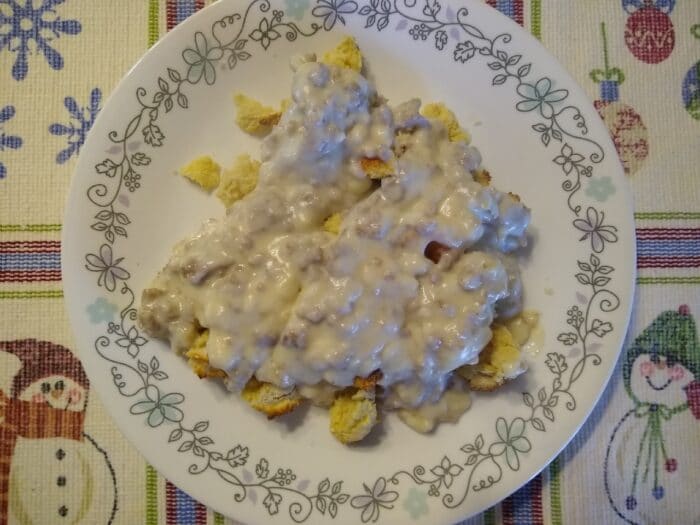 We also made banana bread with this mix, and it turned out good as well. The bread was soft and moist, and it didn’t last long in our house. 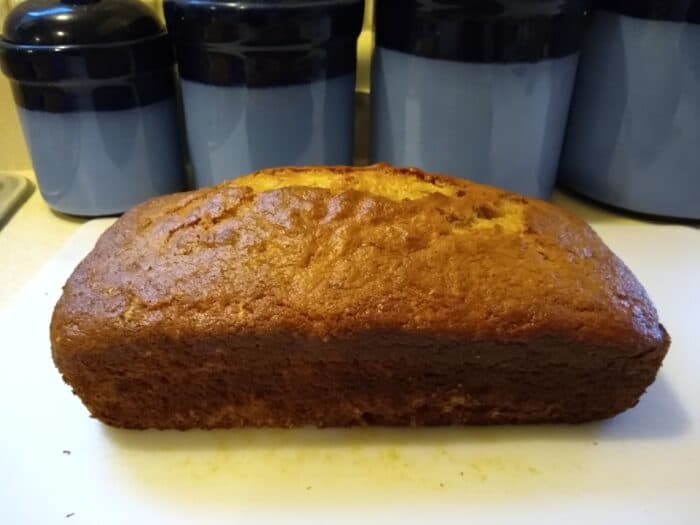 Banana bread made with the Aldi baking mix. 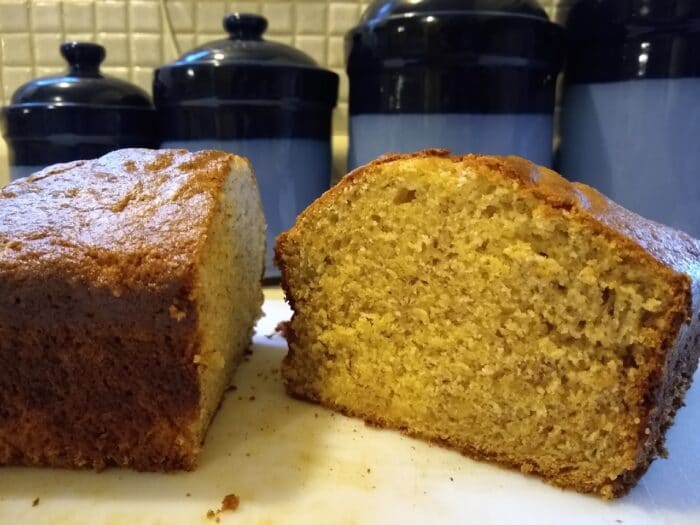 The banana bread didn’t last long in our house.

We haven’t tested the other recipes yet, but given how the pancakes, biscuits, and banana bread turned out, the baking mix appears to do what it’s advertised to do.

In terms of ingredients, there are some. This isn’t a made-from-scratch mix. It’s also not a processed food from a grocer’s freezer either. 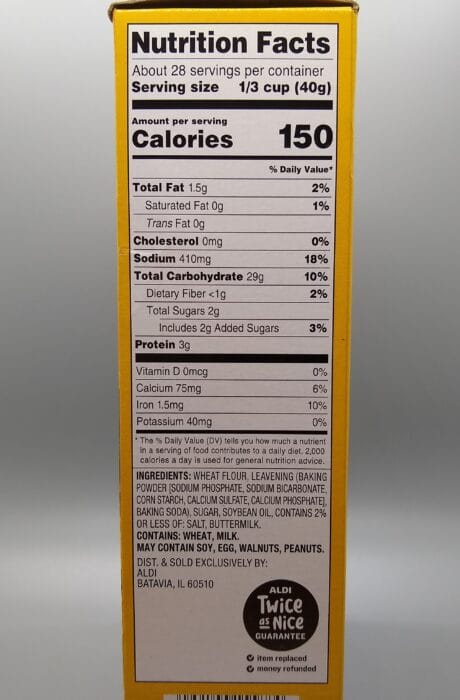 Aldi sells a cheap, flexible, all-purpose baking mix that can help shorten the preparation process for a variety of foods. If you’d rather not make biscuits out of a can or pancakes out of a freezer, this might be what you’re looking for.