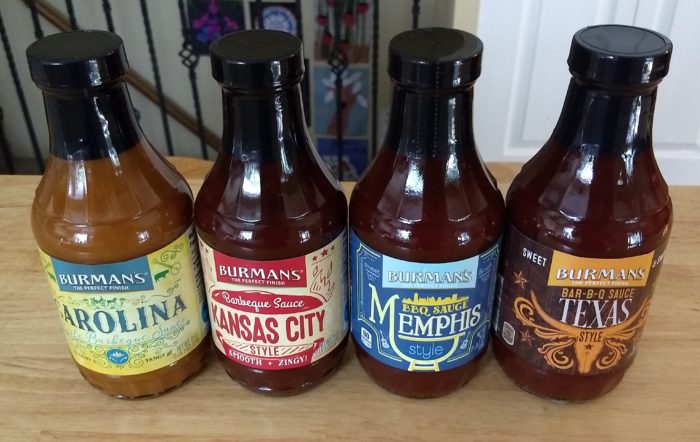 Special thanks to Kelly and Wayne for help with this review.

In the area where I live, one of the fun parts about going to local barbecue places is the sauces. Many barbecue restaurants in these parts will stock several sauces in various bottles, letting you experiment with different flavors on your different cuts of meat.

Aldi appears to be channeling its inner barbecue joint, because four different flavors hit the stores as summer Seasonal Favorites. Seasonal Favorites are products that are in stores longer than limited-time ALDI Finds, but not as long as Regular Buys.

Each of the Burman’s BBQ sauces comes in a 19-ounce glass container. (That seems like a rather odd size, which makes me wonder if there is some product shrinking in play.) At the time of this post, they cost $1.99 each.

We put the sauces through testing with a group of people, both adults and children, including people who had tasted some of the sauce types before. While taste can be highly subjective, here’s what we concluded. 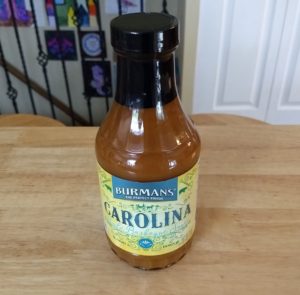 The bottle advertises it as “light and tangy,” and that’s about right. Carolina sauce is in a class all by itself compared to the other sauces, in large part because of its heavier mustard base. If you like mustard on things, you’ll probably like Carolina sauce, but even if you don’t, you still might like it. Those of us who have previously tried Carolina sauce at restaurants thought this was a pretty good imitation of what we’ve gotten there. Our testers tend to think this is a good sauce for pork, chicken, and possibly even salmon. (We’re not as sure about beef.) 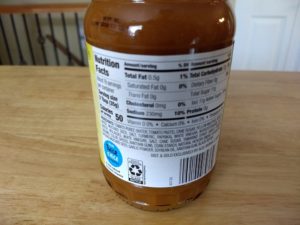 Nutrition information for the Carolina style. (Click to enlarge.) 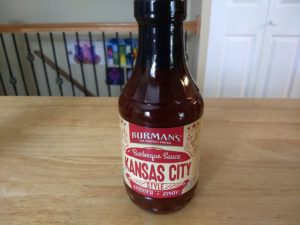 Kansas City sauce is labeled as “smooth and zingy,” and we think this hits the nail on the head. Kansas City style sauce is, in our view, a great all-purpose barbecue sauce. It’s definitely one of the sweeter of the sauces, so if you don’t like sweet with your salty meats, you may not like this. But if you do, this is hands-down our favorite. Notably, many of our testers have experience with Kansas City style sauces, including eating at places in Kansas City itself, and our testers all felt this was a pretty authentic KC style taste. 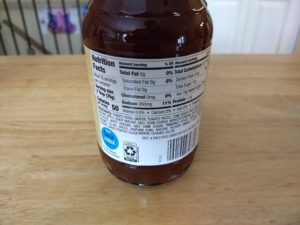 Nutrition information for the Kansas City style. (Click to enlarge.) 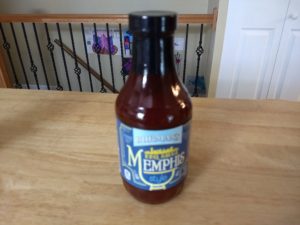 Memphis style is billed as “sweet and rich,” but ironically we thought it was less sweet than Kansas City style. It was also the least favorite of the sauces. That’s not to say it’s bad — our testers mostly agreed that it’s a pretty good sauce on its own merits — but in our comparison other sauces seemed to outshine it, in part because most of the testers felt it didn’t do any one thing better than the other sauces. 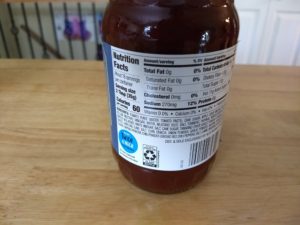 Nutrition information for the Memphis style. (Click to enlarge.) 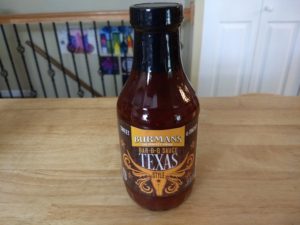 Billed as “sweet and smoky,” the Texas style had arguably the boldest flavor of the lot, with a smoky undertone, pepper flakes to add just a hint of kick, and a sweetness on par with the Memphis style. At least one of our testers declared this to be his favorite, while others said they liked it but still preferred others better. Admittedly, none of our testers have tried Texas style before, so we can’t speak to authenticity, but on its merits we were generally pleased. 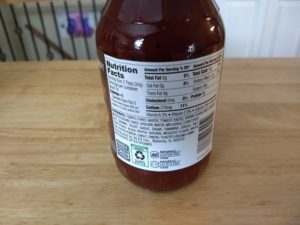 Nutrition information for the Texas style. (Click to enlarge.)

We thought all four of these were good. They have good flavor and we felt that, among the ones we have experience with, that they were good imitations of the flavors they purported to be. We wouldn’t hesitate to use any of them at a cookout.

Overall, though, we’d recommend them all … and if you’re like us, you might even pick up one of each to mix things up.