Can You Order Aldi Products Online? 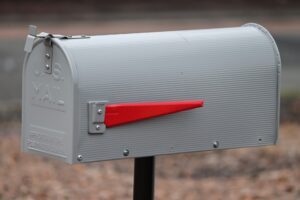 Since the dawn of Amazon, online shipping has exploded worldwide, and today most companies have an online presence. Even traditionally brick-and-mortar stores like Walmart, Target, Best Buy, and Costco allow customers to buy from home and either have products shipped to store or directly to your doorstep.

What about Aldi? After all, the grocer does sell some rather unique stuff. We know this is a question for some customers, as we sometimes get emails asking us if Aldi ships products to people’s homes. (Sometimes the people who send those emails think we’re Aldi.)

Here is the answer.

Does Aldi Ship Products Through the Post Office or Another Mail Carrier?

In most places, the answer is no. Aldi in the United States does not ship products to homes. Aldi Ireland doesn’t either. Neither does Aldi Australia, except for SIM cards sold as part of its prepaid phone service.

There are a couple of exceptions. Aldi in the United Kingdom does ship products to homes there, with free delivery on items over £20. This includes many of the company’s Specialbuys, which are Aldi UK’s name for ALDI Finds. Of course, the United Kingdom isn’t as big as, say, the United States: the entire UK — England, Scotland, Wales, and Northern Ireland — is roughly the same size as Wyoming, so it’s a lot easier to ship things through the UK than it is the US.

A second exception is China, which Aldi just started serving in 2017. In fact, Aldi began as an online-only operation in China; at press time there are just two physical Aldi stores in China, and those opened in mid-2019. China is a much bigger country than the United Kingdom, so Aldi seems to have a much different business strategy there than in other places.

Are There Other Ways To Get Aldi Products Delivered to Your Home?

In the United States, the short answer is yes. Aldi contracts with Instacart for home deliveries, so shoppers can buy things on Instacart and an Instacart shopper will deliver those groceries to a person’s home.

There are a couple of catches, though. One, Instacart charges more for Aldi products and has fees on top of that, so you’ll pay significantly more than you would if you drove there yourself. Two, Instacart does not allow you to purchase ALDI Finds. In other words, while you can get your milk through Instacart, you’ll have to go get a pressure cooker yourself.