When I was young, one of my guilty pleasures was a product called Easy Cheese. Made by Kraft, Easy Cheese was cheese in a can that you could spray onto, say, crackers. I loved taking out that can and slapping some of that cheese on butter crackers, like Ritz or Club crackers, as an afternoon snack.

As an adult, I still see Easy Cheese in the aisles. It’s also nice to know that there are generic imitators. Aldi has such an imitation under its Clancy’s private label. 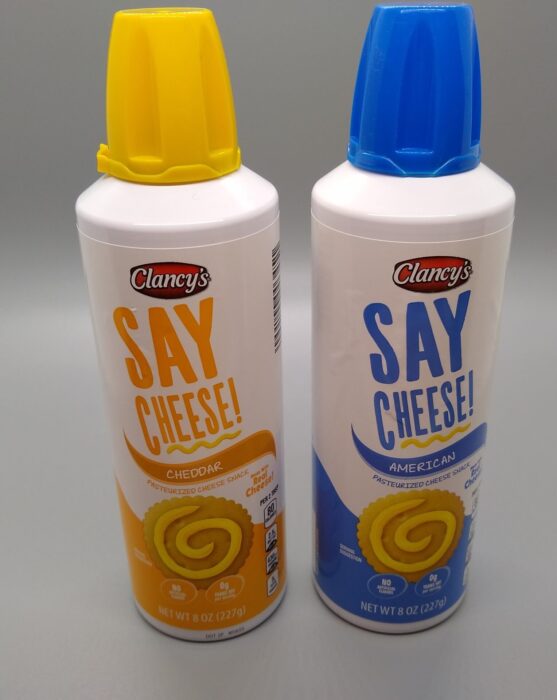 Clancy’s Say Cheese! is an Aldi Regular Buy, which means you can find it in stores all the time. The cans are available in cheddar and American flavors, both of which look suspiciously like the name brand alternative.

At the time of this post, the cans cost $1.79 for 8 ounces. That’s about 22.4 cents an ounce. For comparison, Kraft Easy Cheese costs 49.1 cents an ounce at Walmart, making the Aldi version a superior deal on price.

The Aldi cans come with a cap. To use, you first have to pull a plastic tab on the cap to free it from the can. The rest is simple enough: Remove the cap, aim the nozzle at the intended target, and push the nozzle away from the center. The cheese takes a little bit of time to come out at first, and it does require some force. It’s not too hard, though, once you get the hang of it.

Of note: these do not need to be refrigerated and can be kept at room temperature after opening. Be mindful of the expiration on the bottom of the can, though.

The cheese is good. The cheddar version has a little of that cheddar bite, while the American version is smoother and milder. They’re pretty similar, but our testers slightly preferred the American version. Ultimately, it will come down to personal taste. 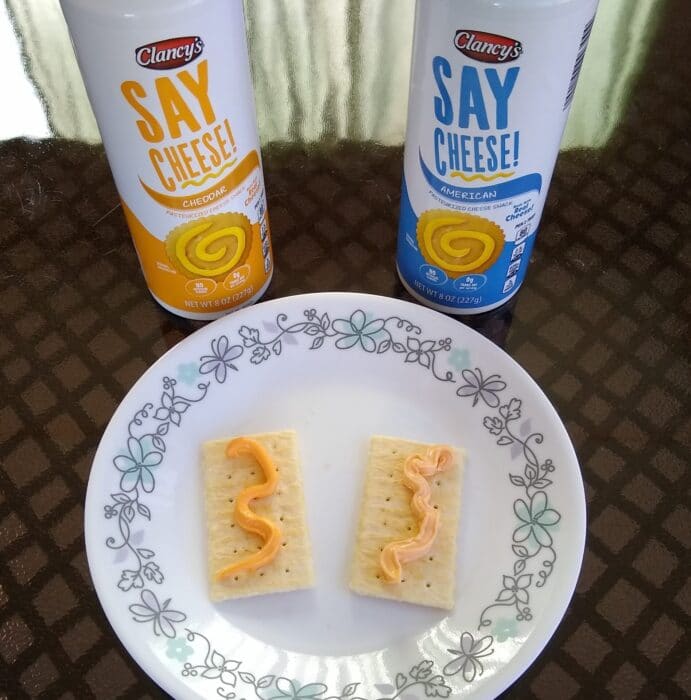 Nutritionally … well, it’s cheese in a can. In addition to the processing needed to make that happen, the cheese has a fair amount of sodium and fat. 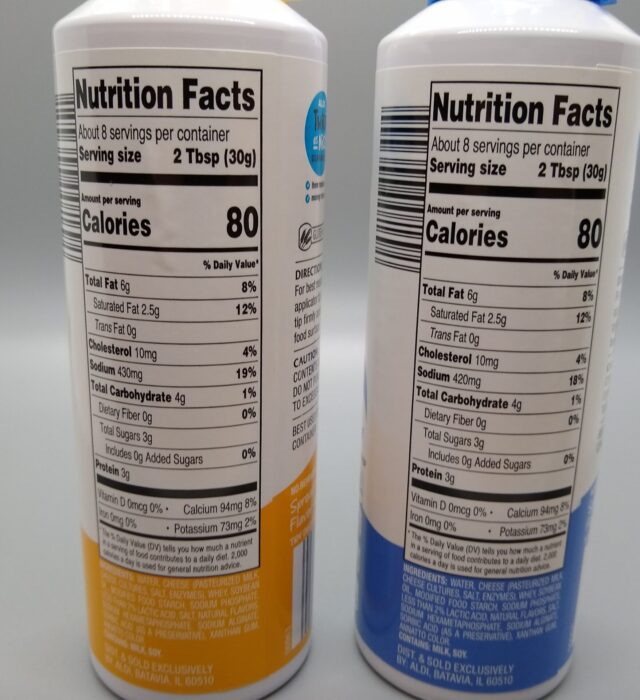 If you’re looking for a house brand alternative to Kraft Easy Cheese, Clancy’s Say Cheese! fits the bill. It’s easy to use, tastes right, and is much less expensive than Kraft. Worth a look.