Sometime around the first week of the New Year, Aldi rolls out its fitness gear. This is no surprise, since just about everyone decides in January that they want to get in better shape. However, Aldi runs some fitness gear during other times of the year, and not always at times we’d expect. So it was that, during a hot week in September, we discovered Aldi was selling a small assortment of fitness gear, including bike accessories, yoga equipment, and this product: a resistance tube set. 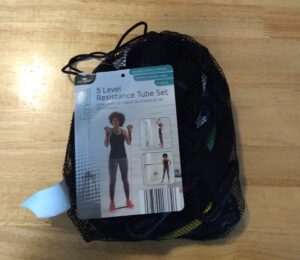 The Crane Fitness 5 Level Resistance Tube Set is an ALDI Find, which means it’s only in stores until Aldi sells out of its single shipment. At the time of this post, the set ran for $9.99, which is less than half of what I could find a similar set for online. [EDITOR’S NOTE: the set sold in 2021 for $12.99.]

The set comes with: 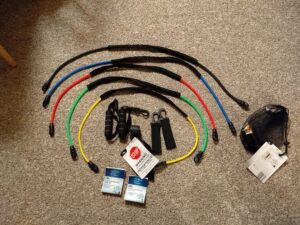 One thing the set doesn’t come with is a warranty. That’s probably to be expected for a product like this, but it means that if the tubes break — and tubes can break with use and age — that’s the end of that. Also, the package doesn’t come with any after-sales support information, nor is it clear who made it, other than the fact that it was made in China. 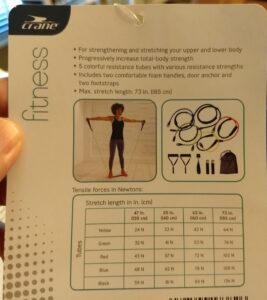 I’m not going to get into all the details on how resistance bands fit into a training routine: there are plenty of other resources on that subject out there. I will say that resistance bands operate differently from free weights, and they have their own pros and cons. Resistance bands use the force of the bands rather than gravity, for example, and that means that the parts of the exercise where you’ll feel the most resistance will be different than if you use a gravity-based approach like weights.

Setting up and using the set is pretty simple, although I did have to fuss with the carabiners on the foam handles to get them attached to the tubes. Once I did that, though, the rest sort of takes care of itself. Also, the manual advises to 1) watch out for pinching yourself while assembling things and 2) to wear proper clothing and shoes when using the set. 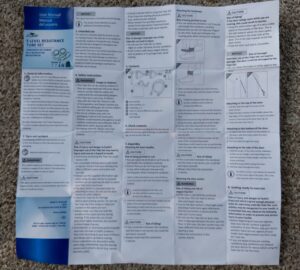 There are a number of exercises you can do with the set. The manual suggests several, although you can also find plenty more online. Between standing on the tube, anchoring it to the top or bottom of a door, or using the footstraps, you can tone and stretch a lot of muscle groups with this set. The manual, for example, lists exercises for both arms and legs, including biceps and triceps. I liked being able to try out a variety of different positions, in part because it let me experiment with different muscle groups, but also because it allowed me just to change things up. 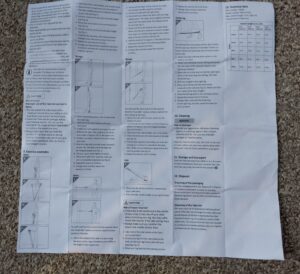 What resistance strength you need depends on your situation. I’m a pretty lean guy, but I found the strongest (black) band to be fairly easy to use. That said, the manual notes that you can combine several tubes together if you want to add to the difficulty. In short, it’s a set that gives you options.

If you need a multi-functional resistance band set, this one certainly deserves a look. It comes with quite a bit for its $10 price tag, including the versatility to do a number of exercises. We don’t know how long it will last, and to be honest these sorts of sets aren’t always known for longevity. Still, if you’re looking for a budget entry into the world of some toning, stretching, and even some strength training, this set has its appeal.