About five years ago, give or take, I bought a set of plastic food containers with lids at Aldi on a whim. You can never have too many food storage containers, it seems. This purchase ended up being something I use almost on a daily basis, even years later. 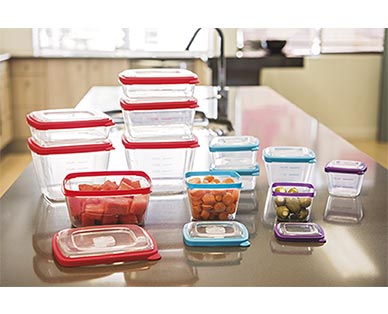 The Crofton 24-Piece Durable Food Storage Set is like Aldi’s version of Tupperware. It is an Aldi Find (Special Buy), which means it’s only in stores for a short time. However, Aldi brings this set back several times each year, so if you miss it, just wait a few months and it will probably be back. Its most recent appearance in stores was June of 2020, when it cost $7.99 for the set.

The set includes 12 different-sized plastic containers with lids. Aldi’s current ad does not give the volume amounts for each container, but looking at my own set that is older (with a lot of the measurement markings worn off over time), volume capacities range from around 1/2 cup up to 5 cups. Some containers are large and deep. Others are shallow and broad. The smaller containers — with the purple and blue lids and trim — are good for packing small amounts of food such as crackers or fruit in school or work lunches. The larger containers — with the red lids and trim — are ideal for storing larger quantities of cut fruits, cut veggies, diced cheese, leftover meals, or cookies from packages that don’t re-seal after you open them.

I’m not sure if my containers are BPA free, since it’s been a while since I purchased them, but I think they probably are because a lot of Aldi plastic products now state they are BPA free. If it’s a concern for you, be sure to confirm this on the packaging in the store before you buy the current set. 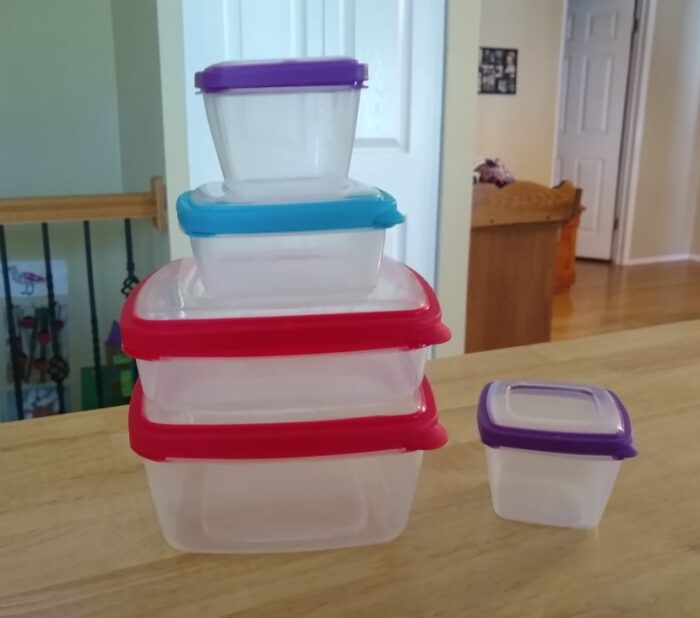 A few of my containers I pulled out of my kitchen cabinets. This is only part of my set; the rest of the containers are all in use in some way in the fridge and freezer. 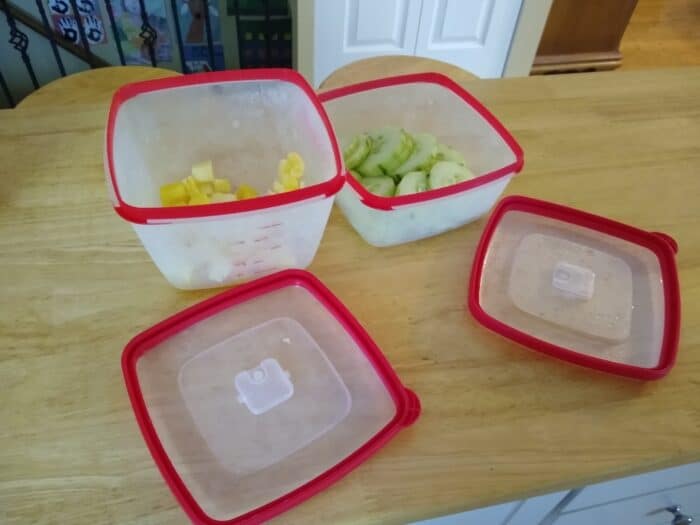 Some of my containers in use, holding diced pineapple and cucumbers.

The containers are freezer-safe, and I often use them to store homemade chicken stock or cooked shredded chicken to use in recipes as needed. 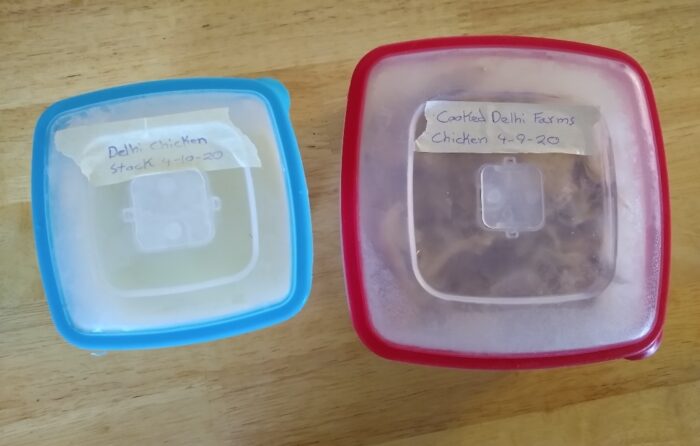 Some of my containers in use, holding frozen homemade chicken stock and cooked shredded chicken.

All of the lids also have vents that easily close and pop open if you need that sort of thing.

As I mentioned earlier, I bought this set years ago. I’ve had it long enough that I can’t remember exactly how many years ago I bought it, but I know it’s been a while. The containers and lids have all held up great in terms of structure and durability. The plastic has not warped or bubbled, and it has not been discolored by any of the foods I’ve stored.

I can’t recall with certainty, but I think my containers are microwave-safe. You’d want to check the packaging on the set currently in stores to confirm this. However, I don’t put any plastic containers in the microwave when heating food; instead, I spoon food onto a plate and then heat it. That goes a long way toward preventing bubbling and discoloration, along with avoiding plastic chemicals potentially leaching into food.

I also hand wash these containers, although I think they are probably dishwasher safe (again, this would be something to confirm on the packaging for the most recent set sold at Aldi). To me, hand washing is another way to help them last longer.

The only real sign of wear I’ve seen is that some of the larger containers came with measurement markings on their sides, and those have partially or completely worn off in some cases. 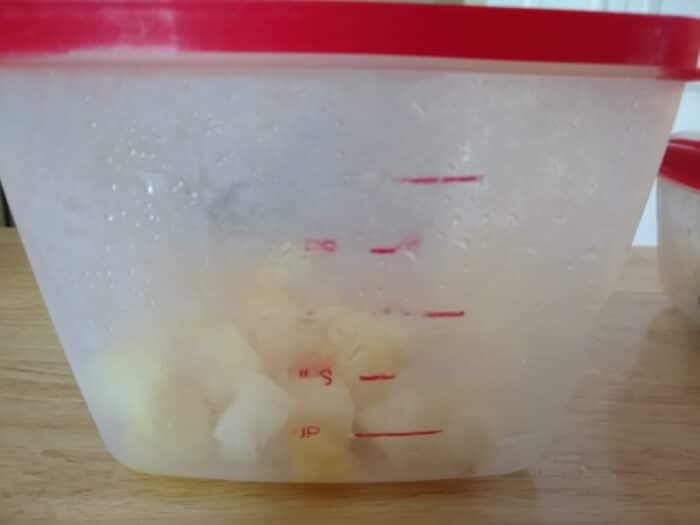 The measurement markings have worn off some of my larger containers. This one holding diced pineapple originally listed cup measurements, and it looks like it has a 5-cup capacity and then some. 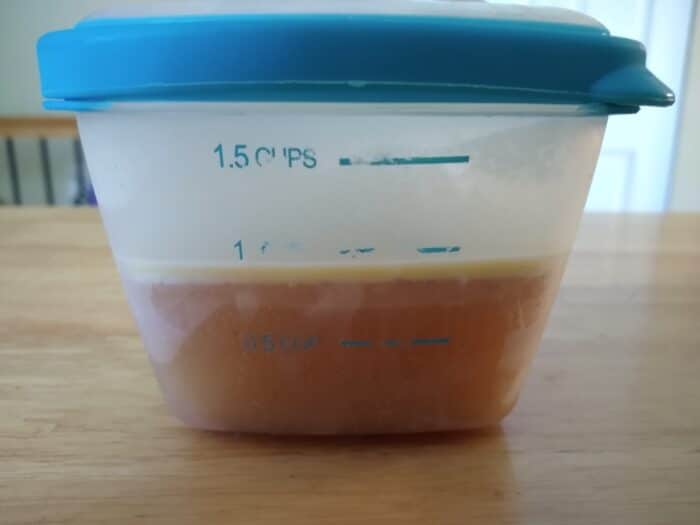 This container holding some frozen homemade chicken stock has a capacity of 1.5 cups, but some of the other measurement markings have partially worn off.

For as inexpensive and functional as this set is, I don’t mind that the measurement markings have worn off over the years. I like the set so much that I might actually buy another one to add to my current collection. And maybe it’s the magic of the Aldi, but I’ve never lost a lid.

Aldi’s Crofton 24-Piece Durable Food Storage Set is Aldi’s version of Tupperware. I’ve had my set for years, and it’s held up great other than some of the measurement markings wearing off. These freezer-safe containers are good for storing produce, cheese, leftovers, or anything you need to store. Because the set includes a variety of different-sized containers, they are good for everything from storing large batches of leftover spaghetti to packing crackers or cut fruit in a school lunch bag. Highly recommended.