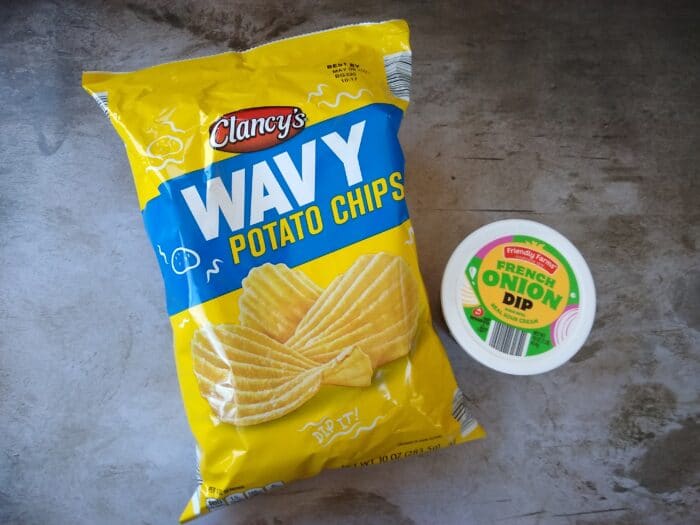 Everyone has their food weaknesses. Mine, I must confess, is French onion dip. For me, there is no better side to a meal than that dip paired with a regular potato chip. And coming from a guy who likes French fries, that’s saying something.

French onion dip is an American invention, crafted by an unknown cook in Los Angeles, California, in the 1950s. Known originally as California dip, it was popularized by Lipton as a recipe for Lipton’s French onion soup mix. Over the decades though, it became known more popularly as French onion dip, which is what most people today call it. 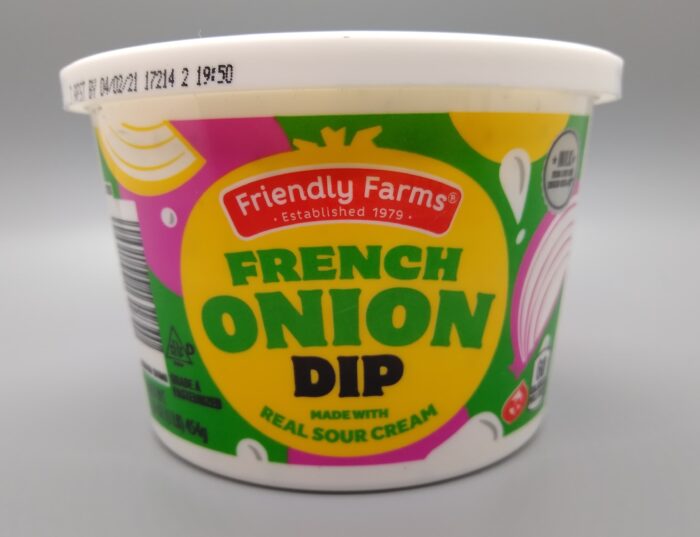 Friendly Farms French Onion Dip is an Aldi Regular Buy, which means you can find it in stores every day. It comes in a 16-ounce plastic container, much like French onion dips that you’ll find in other stores. At the time of this post, it costs 99 cents, or about 6.1 cents an ounce. French onion dip at other nearby grocers is a lot more expensive — up to five times the cost per ounce for a name brand — so the Aldi version is a great deal.

This is one of my favorite French onion dips. I think the taste is pitch-perfect, with just the right blend of spices that enhances rather than overwhelms the chips. The texture, too, is great: it’s a little thicker than some name brand stuff, but I find that to be a positive. It sticks nicely to the chips and tends to hold together in a way that makes it easier to scoop it up. 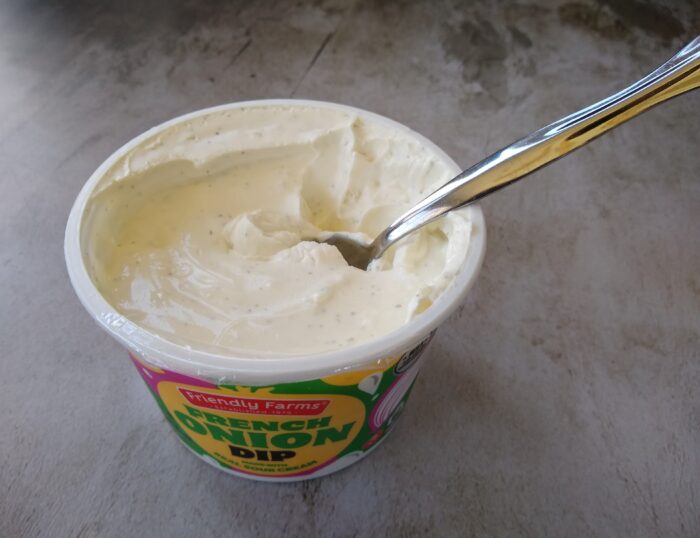 This dip rarely stays around long in my house, which is why we don’t buy it often. As good as it is, it’s not good for you, especially alongside high-fat potato chips. A single two-tablespoon serving is pretty high in saturated fat and sodium. 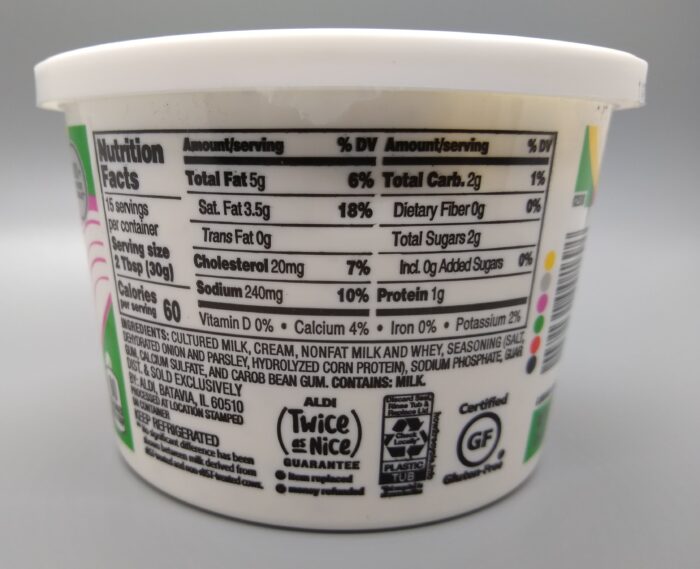 Friendly Farms French Onion Dip is an outstanding French onion dip, with a great taste and texture. The price is the best out there and the taste is a family favorite. If you like French onion dip, this is definitely worth a look. Recommended.