Special thanks to Wayne, whose ingenuity is the reason for this post.

Not long ago, I was hanging out with a good friend during an overnight camping excursion when, as we sat around the campfire, the subject of grilling came up. Somehow the conversation drifted to my great failed pizza grilling experiment, where I managed to burn the bottom of a Mama Cozzi’s Five Cheese Original Frozen Pizza in a futile attempt to grill it Jacks-style. He admitted he’d thought about grilling a pizza himself in the past, so I told him, in detail, what I had tried and what had gone wrong.

As we sat there, my friend began thinking out loud about how to fix the problem. I didn’t know it at the time, but a plan was brewing in his head, a plan that would come to pass just a couple of days after the camping trip.

His pizza was a Mama Cozzi’s Four Cheese Stone Baked Frozen Pizza. With the approval of (if probably skepticism from) his wife, he decided to see if he could succeed where I failed. 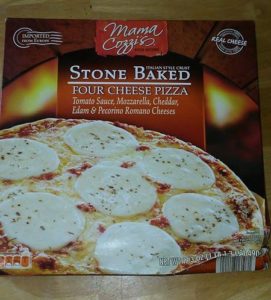 The biggest adjustment he made to deal with the burning crust problem was to not place the pizza directly on the grill. Instead, he used a combination of an old shallow baking pan and a pizza crisper. 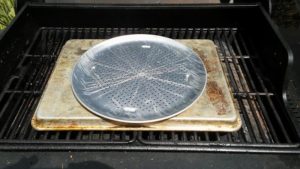 By his accounting, he preheated the grill to roughly 450 degrees, taking special care to keep it under 500 degrees. With his particular four-burner grill, he turned the two middle burners to medium-low and kept the outer two completely off. He kept a close eye on the pizza while cooking it, and afterward he brought it into the house for inspection.

The result? In a word: success. 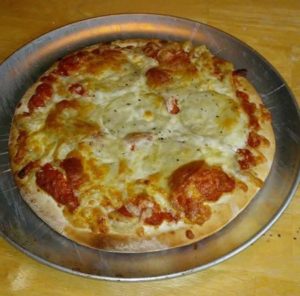 And the bottom? Not bad. 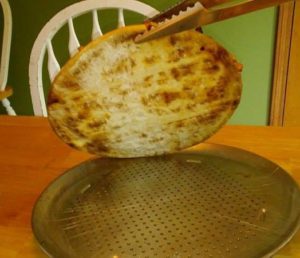 He said he really liked the unique grill flavor. 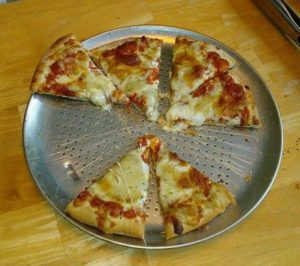 And apparently his family agreed with him. Even his wife admitted it was good.

Have you ever grilled a Mama Cozzi’s pizza? Tell us about it in the comments.