Years ago when I was a university student, strings of Christmas lights were a popular dorm room accessory. Light strings remain in demand for the college crowd these days, and they’re also often found in kids’ bedrooms, but some of these lights have gotten more sophisticated. 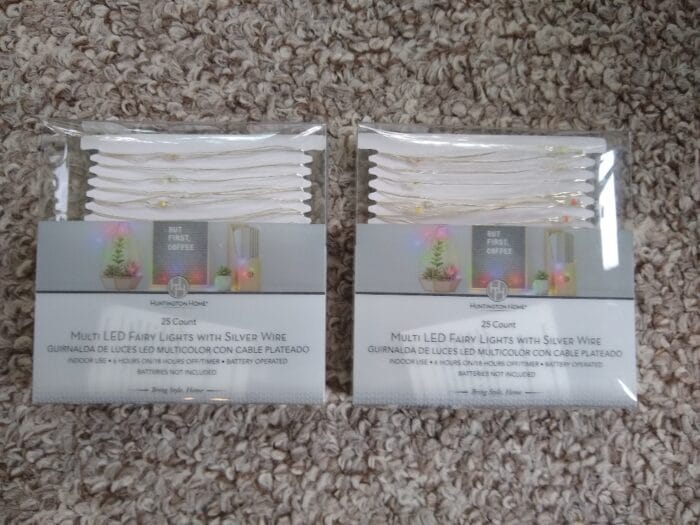 The lights come in tiny packages. (Click to enlarge.) 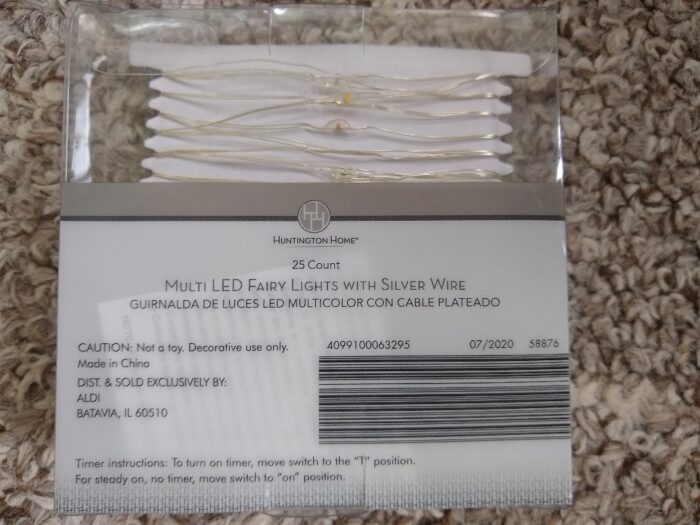 The back of the light package. (Click to enlarge.)

The lights are an Aldi Find (Special Buy), so they’ll only be in stores for a short time. Another thing to be aware of is that these are sold in tiny packages, and I almost missed them on the store shelves, so keep a close eye out if you’re hunting for these.

There are no bulky electrical cords with these lights. They’re small and delicate, mounted on flexible wire that can be bent to just about whatever shape you desire. Also, these lights don’t operate on electricity. A tiny case at one end of the light string holds two AA batteries. The lights are made in China. 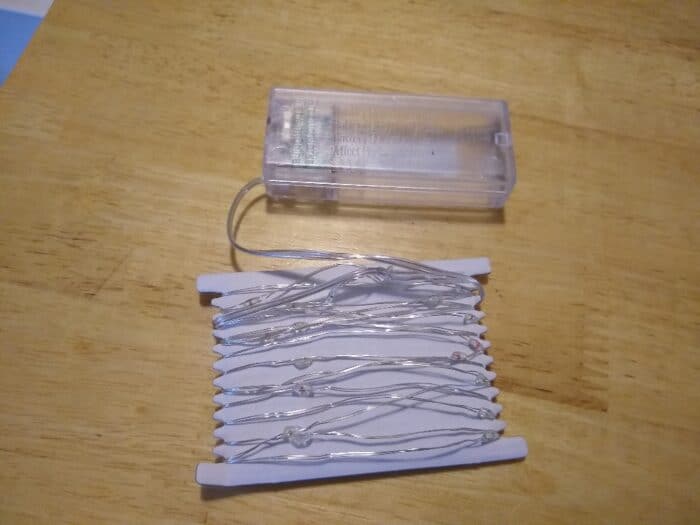 The lights out of the package.

The fairy lights are for indoor use only and operate cool to the touch. Aldi’s ad stated they can be used to fill lanterns or vases, or they can be draped over a bookshelf or wrapped around a mirror. These might also be good draped on a fireplace mantel or over a mirror, on a railing, or anywhere you want to add some ambiance. 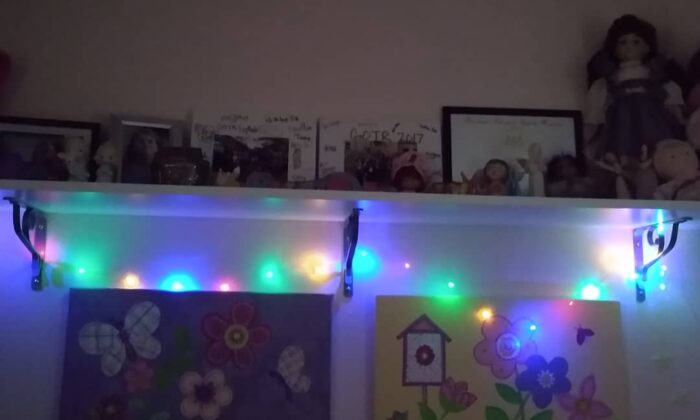 I bought two of the multi-colored light strings: one for each of my kids’ bedrooms. In one room, my daughter draped the lights through some curved support brackets for a wall-mounted shelf, and she rested the battery case with the on/off switch on one end of the shelf. In another bedroom, I used sticky wall putty (like what is used to hang posters) to attach the light string to a wall, running the string over the closet and down one side, with the battery case resting on a nearby dresser. 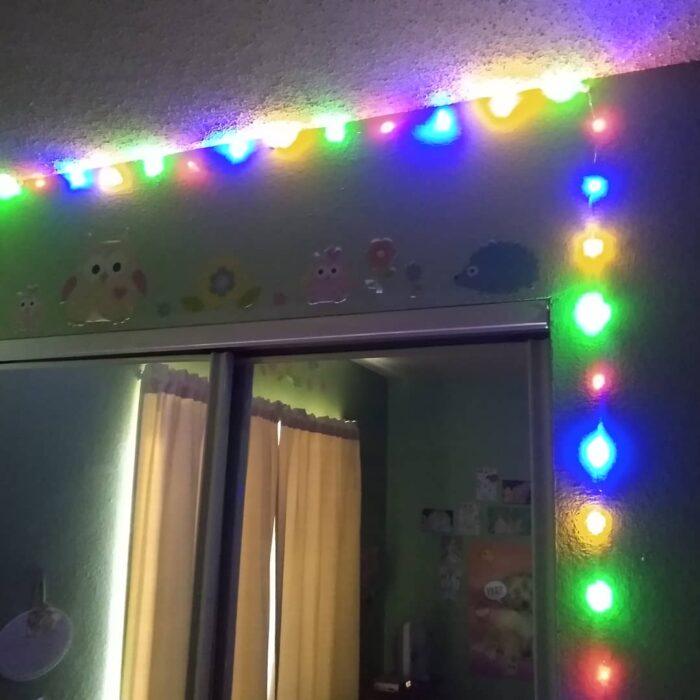 If you want to cover a lot of space with fairy lights, you’ll want to purchase a longer light string from another retailer such as Target or Amazon because the longer strings cost less per foot and make a lot more sense price-wise, and some of the longer strings even come with remotes to turn them on and off. But if all you want is a small strand of LED lights, these appear to be a great deal.

These lights absolutely made my kids’ day. They had fun deciding where to place the lights in their rooms, then spent several minutes closing the curtains and turning off the lights so they could admire their new room decor. I expect these to get a lot of use any time my kids are in their rooms, and especially as ambient lighting when they read before bedtime.

The lights don’t come with any kind of warranty, but I wouldn’t expect that with a product that costs so little. It remains to be seen how well these lights will perform over time, but I have hope that they’ll last a while. We also haven’t had a chance to thoroughly test the timer feature yet either, so I’ll update this post later with that information.

Huntington Home LED Fairy Lights are inexpensive and add ambiance to any room. These light strings are only 9 feet long, so if you need lights that cover a lot of space, you’ll want to purchase a longer string from a different retailer. For small spaces such as a shelf, dresser top, vase, mirror, or mantel, these are great. Recommended.