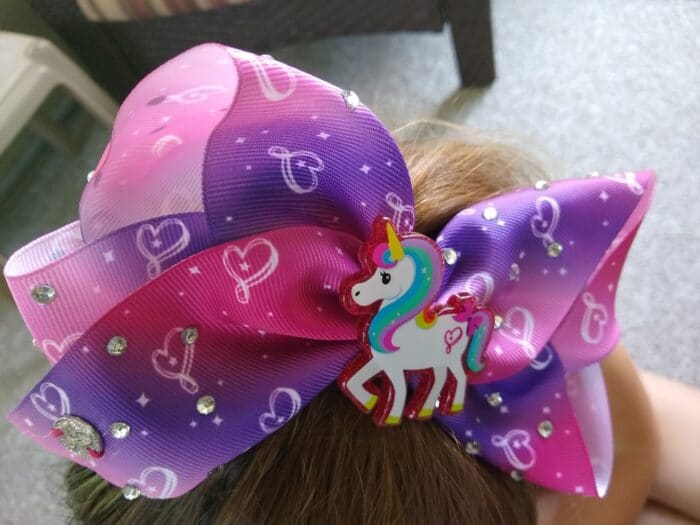 Joelle Joanie Siwa, better known as JoJo Siwa, is a well-known, successful YouTuber who has over 11.5 million subscribers as of this writing. At the age of 17, she has a contract with Nickelodeon and has turned herself into a brand. Though she has tons of merchandise, from clothing to food, that you can find at Claire’s or even Five Below, she is best known for her bows. There are over 12,000 different styles of JoJo bows, and JoJo herself wears one every day.

The prices of the bows vary greatly. At Claire’s, the price can be as high as $17. Justice prices range from $7.99 to $16.99. Target sells them for $7.99, and Walmart sells them for as high as $8 or as low as $6. The cheapest I can find JoJo bows were for $5 at Five Below, but now Aldi is selling them for a limited time for $4.99 as well. Aldi has sold JoJo merchandise in the past, including watches and bows, and more, but we haven’t seen them in a while. 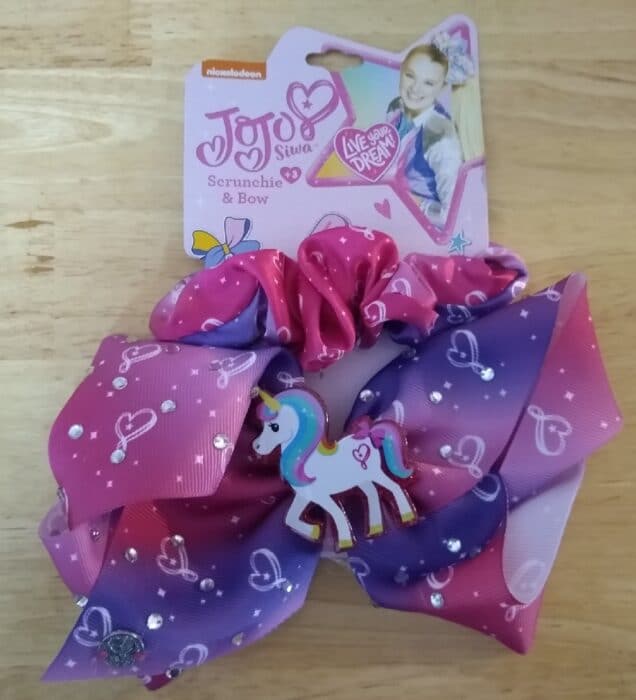 Under the same product code (58942), Aldi is also carrying a JoJo Siwa jewelry set, a Frozen II jewelry set, and an Elsa braid with a headband. Both jewelry sets include a necklace, four rings, and a sheet of stick-on earrings.

The bows are Aldi finds, so they won’t be in stores forever. This time, Aldi is selling two different styles of bows, a unicorn-themed bow and a rainbow bow. Each bow also comes with a matching scrunchie, although most people are probably getting this for the bow. 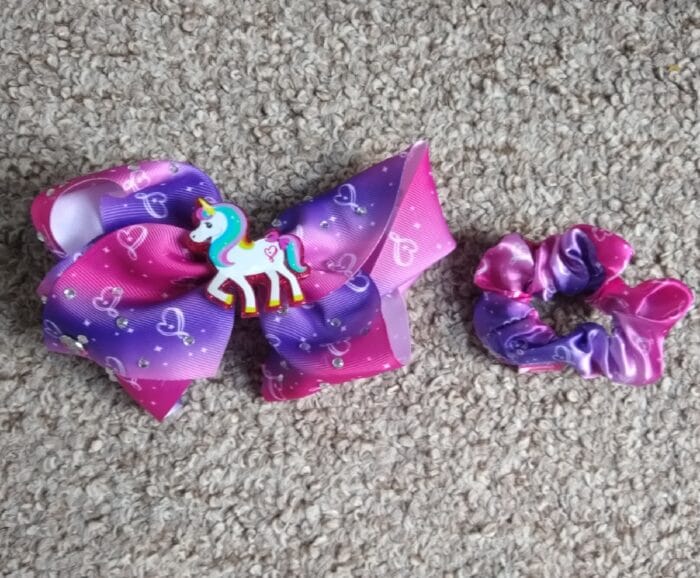 The bow is full sized, and the scrunchie looks just like any other normal scrunchie. The fabric is pink and purple with JoJo’s logo everywhere, and there are scattered fake jewels all over the bow as well. There is a plastic unicorn in the middle of the bow to finish it off. 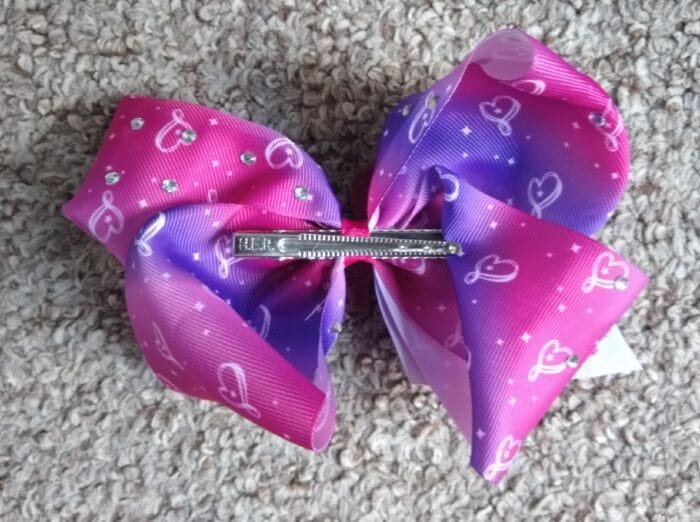 I also have a bow from Claire’s and a bow from Five Below. They all look the same, including the clasp on the back. The Aldi bow and the Five Below bow both have the same type of fabric, but the Claire’s bow has a more plastic-like fabric because it’s metallic. I would say the Aldi bow is about the same quality as the other bows. Just because it’s a $5 Aldi bow doesn’t mean it’s not a quality bow. 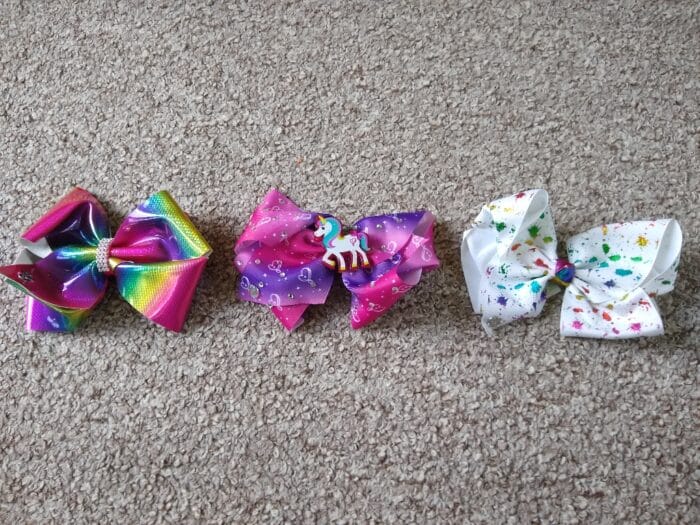 Overall, the Aldi bow was fine. It wasn’t damaged and was well made. I would say this bow in particular is one of the fanciest JoJo bows I’ve personally come across, and I think any JoJo Siwa fan would approve of this bow.