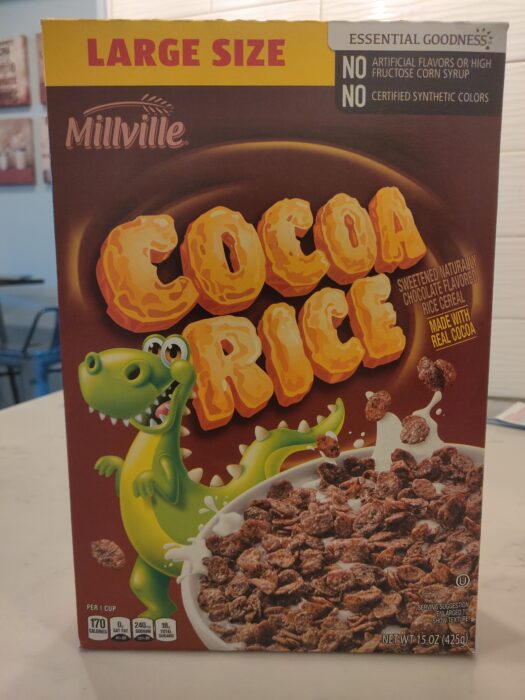 EDITORS NOTE: Our guest poster’s original review indicated that the cereal was gluten-free. It appears it was at one point, but, as several commenters have pointed out, Aldi appears to have reformulated the cereal and it is not gluten-free any more. We’ve removed language referring to the cereal as gluten-free from the review.

Remember when you were a kid and you would wake up late on Saturday morning, watch cartoons, and pour yourself a ginormous bowl of cereal? Since getting older, my sweet tooth for sugary cereals has diminished, but my obsession with chocolate will always remain unwavering. So along with my usual oatmeal, I picked myself up a box of the Millville Cocoa Rice.

If you haven’t checked out Aldi Reviewer’s Millville Cereal lineup, you can do so here. It’s updated every so often and this review will be another addition to the collection. There are numerous “off brands” of cereal, some of which are a great dupe and others are a bit luster lacking. This review will dive into Aldi’s version of Kellogg’s Cocoa Krispies.

Like any responsible adult (annoying I know!), let’s review the nutrition facts. First of all, Millville touts that real cocoa is used along with no artificial flavors or high fructose corn syrup. The ingredient list is fairly short, consisting mainly of rice, sugar, and cocoa. Each serving size (1 cup) has 170 calories and 18 grams of sugar. The Kellogg’s Cocoa Krispies for the same single-cup serving size is 160 calories and 15 grams of sugar. Just keep in mind the 3-gram sugar increase with the Millville brand. 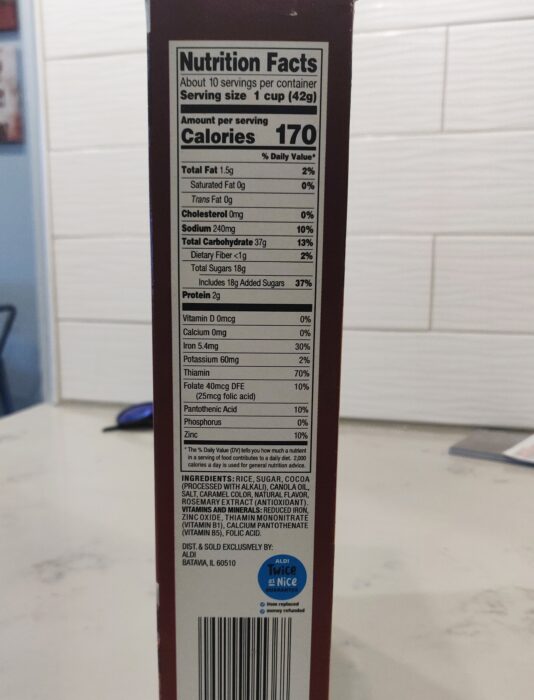 Right off the bat when I opened the box, there was a wafting smell of confectionary chocolate that only intensified as I poured myself a bowl. When I poured the milk on the cereal, it even followed the familiar “snap crackle pop” noises from my childhood. The popping noises followed as I devoured the first bite. At first, I was worried that it would be too sugary, but this had the perfect balance between chocolate and sugar (if that makes sense at all).

One thing I absolutely despise is soggy cereal, which is the general consensus, I assume. I had low expectations due to the sheer fact of the permeability of rice crispies, but this chocolatey bliss held up surprisingly well to milk.

I obviously loved this treat and finished it much faster than I would have expected. In a household of two adults where this box only lasted a few days, I can only imagine how fast it would be finished with children in the house. The best thing about this cereal is that after it is eaten, you are left with a chocolate milk delight. It’s like having two treats in one! 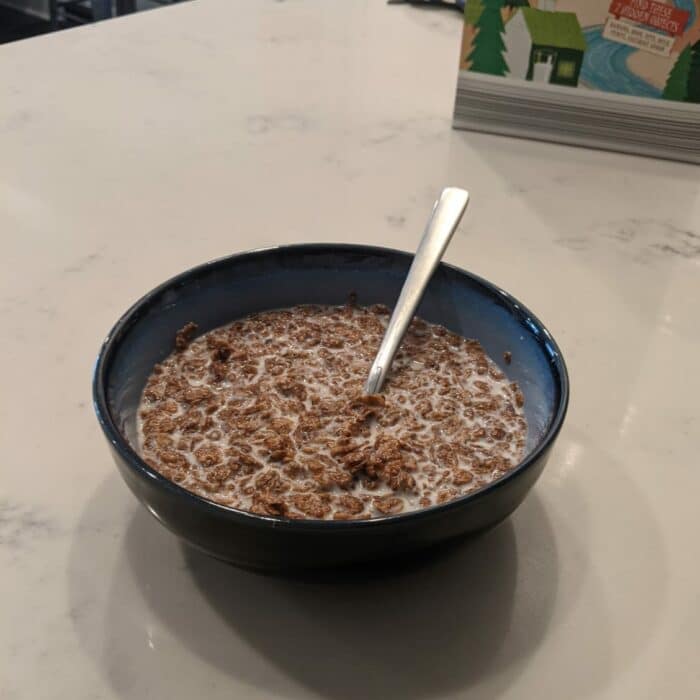 This Regular Buy chocolate cereal is a must-buy! I’d say ditch the name brand and pick your family up one of these to sample. If you have name-brand snobs in the house, just remove the original packaging and they won’t even notice a difference. I definitely didn’t!