In 1927, Kellogg’s introduced a cereal known as Rice Krispies. It has a colorful advertising history: by the 1930s, Kellogg’s used the distinctive sound Krispies made to inspire its “snap, crackle, pop” slogan. Later on, those three words would become the name of three elves.

Rice Krispies weren’t just famous as a cereal. Around the same time “snap, crackle, pop” came into use, an employee at Kellogg’s also concocted what would become known as Rice Krispy Treats, a combination of Rice Krispies, marshmallows, and either butter or margarine.

In the decades since, plenty of generic cereal makers have tried their hand at copying Rice Krispies. Aldi, which runs a brisk business in imitation cereals, is one of them. 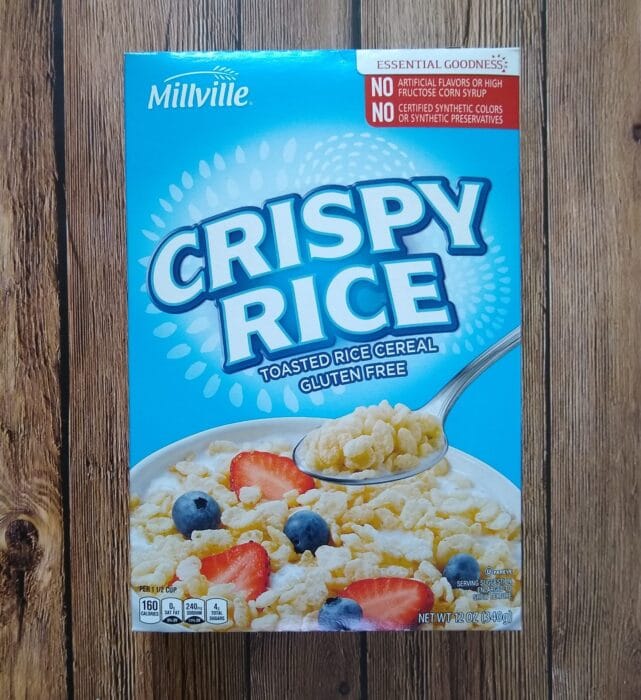 Millville Crispy Rice cereal is a Regular Buy, which means you can find it in stores all the time. At the time of this writing, a 12-ounce box cost $1.49, or about 12.4 cents an ounce. Needless to say, that’s less than the 15.2 cents an ounce you pay for a family size box of the name brand at Walmart.

Aldi also sells Crispy Rice Treats in individual wrappers, or you can make them yourself using the instructions on the back of the box. 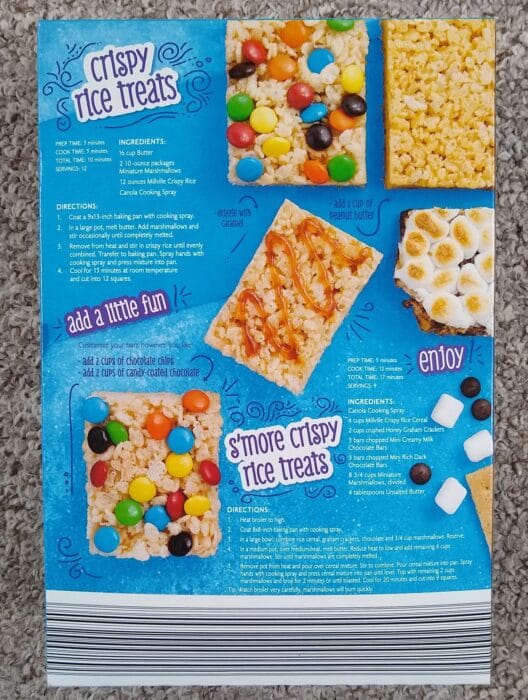 I find Aldi Crispy Rice to be, by and large, indistinguishable from the name brand. I can’t say I’m the biggest fan of Rice Krispies to begin with — I find it to be a somewhat bland cereal unless you doctor it up — but I can say that the Aldi version is a legitimate copy. Nutritionally, when you adjust for serving size, the Millville version also is about the same as Kellogg’s.

I’ve found Aldi to be mostly on its game when it comes to cereal imitations, and Millville Crispy Rice is no different. It’s a useful and low-priced Rice Krispies substitute that can work either as a breakfast cereal or for making up treats.