In 1890, in Denver, Colorado, an inventor named Henry Perky patented the idea of a shredded wheat cereal. He would soon develop a process for turning that shredded wheat into pillow-shaped biscuits, appearing to a national audience for the first time at the Chicago World’s Fair of 1893. While the Kellogg cereal company showed some interest in Perky’s invention, it didn’t wind up in the hands of a large cereal company until the National Biscuit Company — or what is today known as Nabisco — purchased it in 1928.

The Kellogg brothers weren’t done, though. They created their own version of shredded wheat, even to the point of using the name. The National Biscuit Company sued, with the case landing in front of the U.S. Supreme Court in 1938. In that case — Kellogg Co. v. National Biscuit Co. — the highest court in the United States ruled that the original patent had expired and that “shredded wheat” was a generic term that couldn’t be trademarked.

Today, many companies, brand name and generic, make shredded wheat, using both the name and the design. While the original is still sold, by far the most popular today is a bite-sized version Kellogg’s sells with frosting on top. Aldi also sells that version. 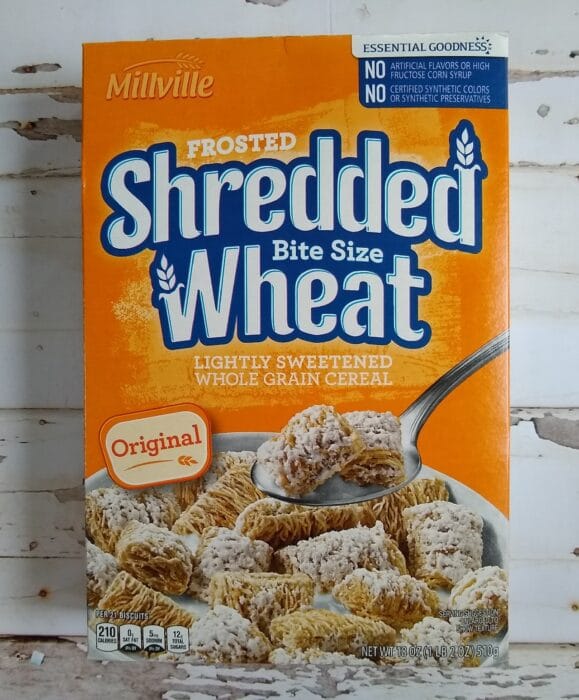 Millville Frosted Bite Size Shredded Wheat is an Aldi Regular Buy, which means it’s in stores all the time. At post time, it comes an 18-ounce box and costs $1.39. Needless to say, Aldi shredded wheat is less expensive than any name brand versions, and it is cheaper than many other generic ones, too.

I’ve had Kellogg’s Frosted Mini-Wheats Breakfast Cereal, and this shredded wheat looks and tastes a whole lot like that one. The texture is similar, as is the taste. I happen to like this cereal a lot, myself, with both the crunch and the top layer of frosting that adds some sweetness. For some people, the cereal can be a little crunchy at first, but a short time in milk tends to fix that. (As with any cereal, too much time in milk can make it soggy.) 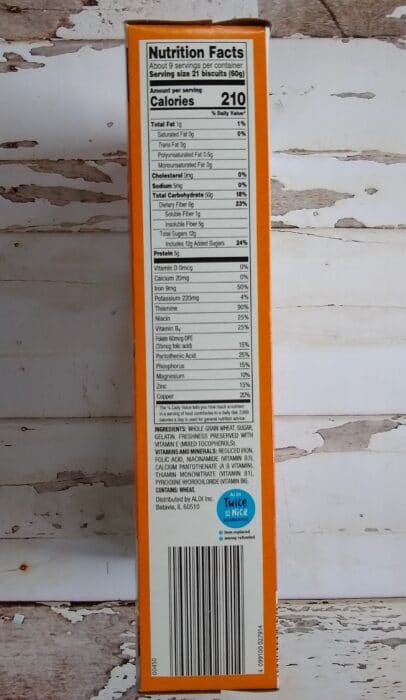 Millville Frosted Bite Size Shredded Wheat is a quality substitute for Kellogg’s Frosted Mini-Wheats, with a similar taste and a much lower price tag. Best of all, it’s in stores every day.