Growing up, I was a big fan of Kellogg’s Honey Smacks. They were sweet and puffy, the perfect way to start the day in front of the Golden Age of Saturday morning cartoons.

As a kid, I didn’t fully realize how much sugar was in them. I now know that they are one of the most sugar-laden breakfast cereals on the market. In fact, when they were first released in the 1950s, they were called Sugar Smacks before being rebranded as Honey Smacks in the 1980s. This is misleading, because honey is only a small ingredient in the cereal. Sugar, on the other hand, is one of the main ingredients.

Think what you will about this cereal’s sugar content, it’s still popular. It’s popular enough, in fact, that Aldi sells a generic version of it. 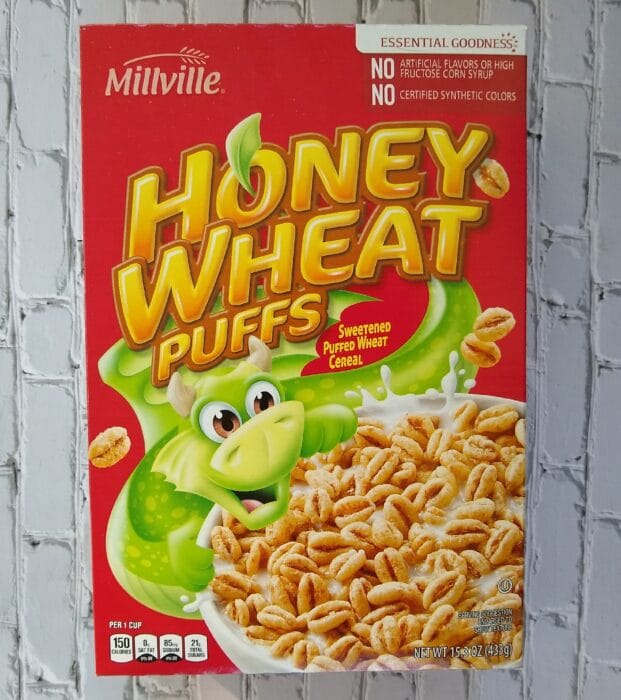 Millville Honey Wheat Puffs are an Aldi Regular Buy, which means you can find them in stores all the time. Ours came in a 15.3-ounce box, which is the same size that Kellogg’s currently sells its Honey Smacks in.

That’s not the only way Aldi is imitating the name brand. Just check out the two boxes. 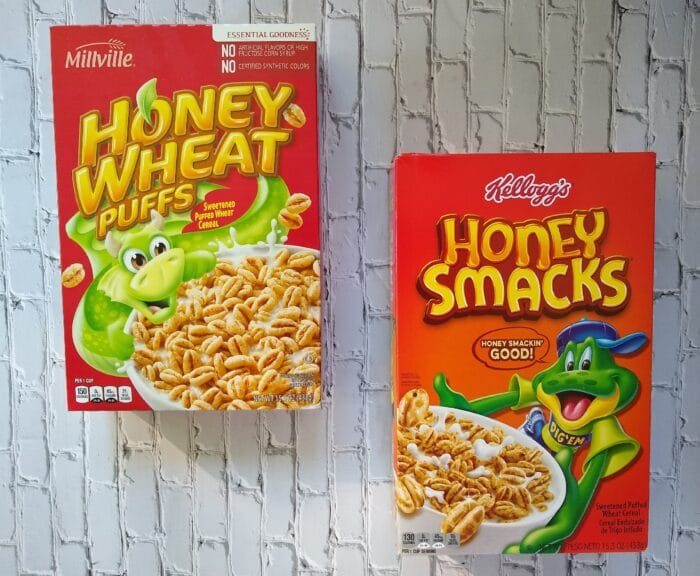 Aldi brand on the left, Kellogg’s on the right.

Aldi has made an art form out of imitating name-brand packaging, so this is nothing new.

That doesn’t mean you’ll pay name-brand prices. At the time of this post, the Aldi cereal is $2.19 for a box, while the name brand is $3.99 for the same-sized box. With Aldi running 14 cents an ounce and Kellogg’s running 26 cents an ounce, there’s no contest on price.

What about taste? I gave both a try … and, to me, the taste and texture are identical. If you blindfolded me and told me to pick which was which, I couldn’t do it. Both have that same puffy sweetness. 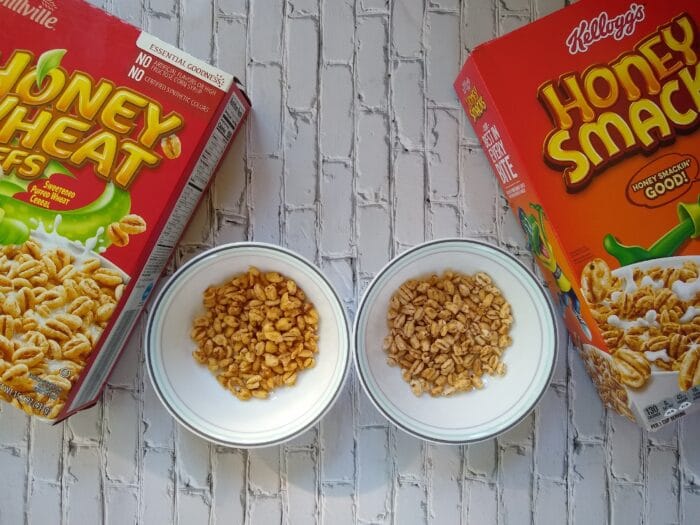 Aldi on the left, Kellogg’s on the right. There are small differences in color. But in terms of taste and texture, I couldn’t tell them apart. 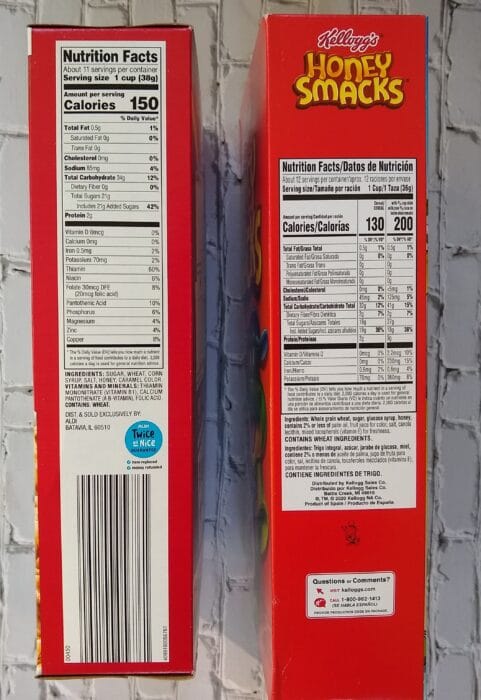 Millville at left, Kellogg’s at right. (Click to enlarge.)

I think the Aldi take on Kellogg’s Honey Smacks is a dead ringer for the name brand, and Millville Honey Wheat Puffs are a lot less expensive. Both are high in sugar, though, so they may be better as a sometimes food than as an everyday breakfast cereal.