One of my favorite guilty pleasures is Lucky Charms. The General Mills oat cereal interspersed with colorful marshmallows has a satisfying sweet crunch. I don’t buy it often because it’s like eating dessert for breakfast, but it’s a fun occasional treat that my kids and I enjoy.

Name-brand cereal can get somewhat pricey, though, especially if it’s a cereal that is popular in my household. A box of Lucky Charms can disappear in a matter of days even when I limit everyone’s consumption to breakfast time only. Fortunately, Aldi sells its own version of Lucky Charms, and Aldi cereals are incredibly inexpensive, with many of them costing less than $2 per box in our area. 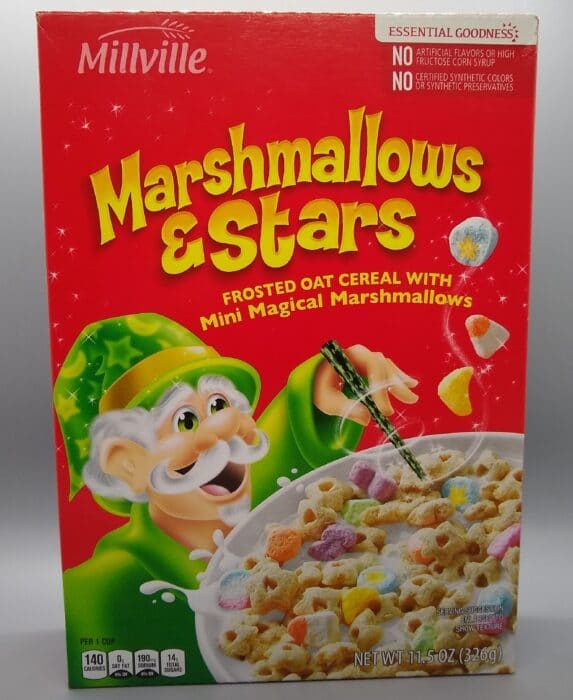 Millville Marshmallows & Stars cost $1.29 for an 11.5-ounce box at the time of publication. The package describes this as “frosted oat cereal with mini magical marshmallows.”

In keeping with Aldi’s commitment to avoid artificial colors, the package states this cereal contains no synthetic colors or synthetic preservatives. 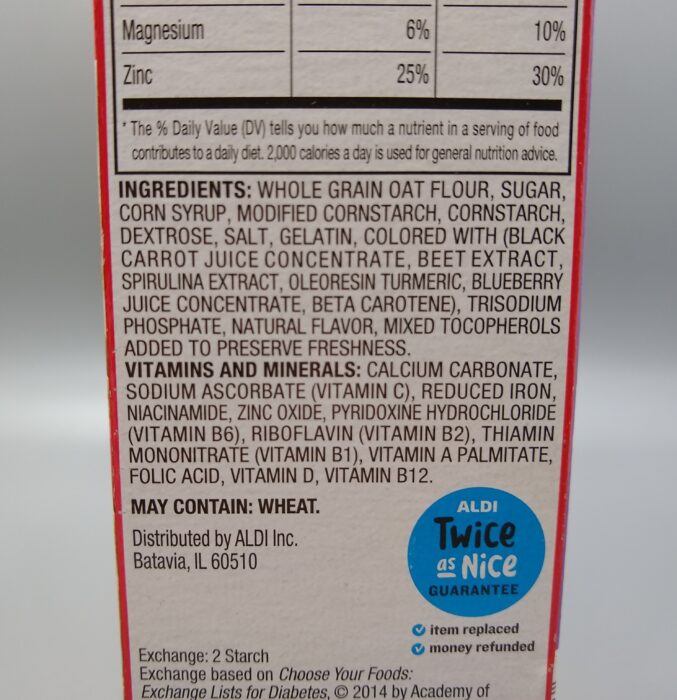 If you’re watching out for allergens, this contains wheat. 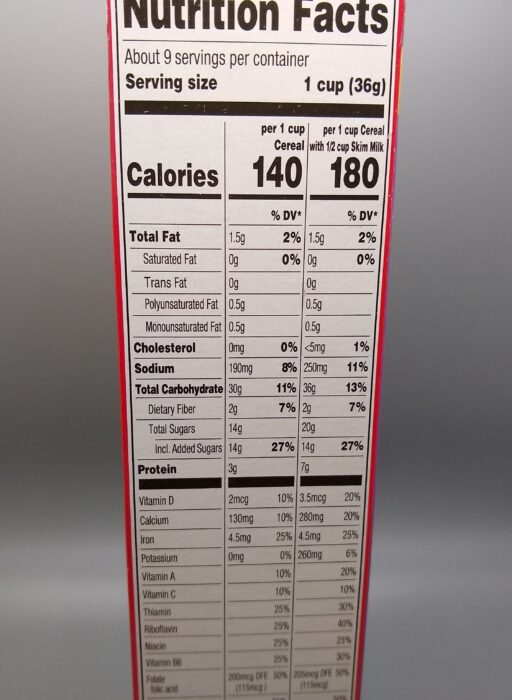 Ingredients and nutrition information are very similar between the Millville cereal and name-brand Lucky Charms, with the Aldi cereal containing slightly less sodium. 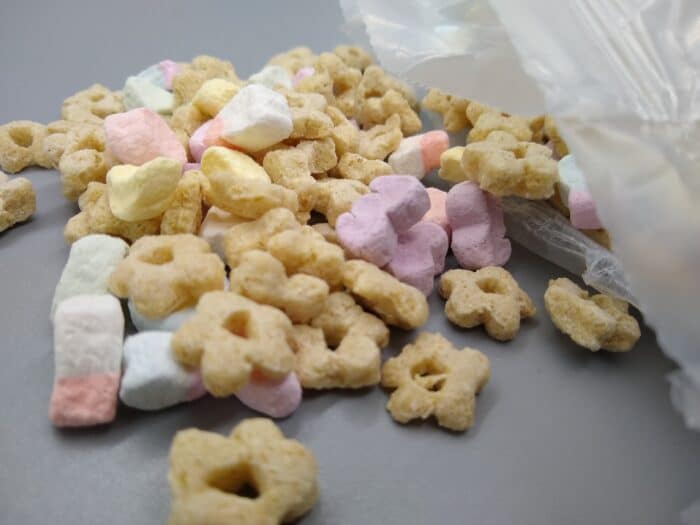 This cereal is well liked in my house. It’s maybe not quite the same in terms of taste as its name-brand counterpart, but it’s close enough that we happily eat it and no one complains.

Millville Marshmallows & Stars is the Aldi version of General Mills Lucky Charms, and it’s a pretty good imitation for a fraction of the cost. Recommended.