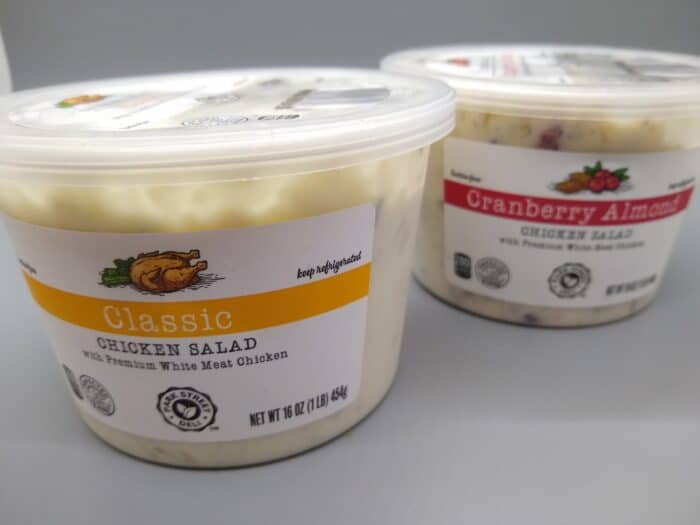 Chicken salad is a favorite in our house. It’s easy to use, has a flavor that is both sweet and a little salty, and it goes perfectly on sandwich bread. It’s not uncommon to see it put to use at lunch, and around here it doesn’t usually stay in the fridge long.

Chicken salad is a fairly old idea, with origins in Europe. The specific kind of chicken salad that Americans are familiar with, which usually involves mayonnaise, seems to have appeared in the South in the early-to-mid 19th century, with the first known appearance in a restaurant taking place in Rhode Island in 1863. 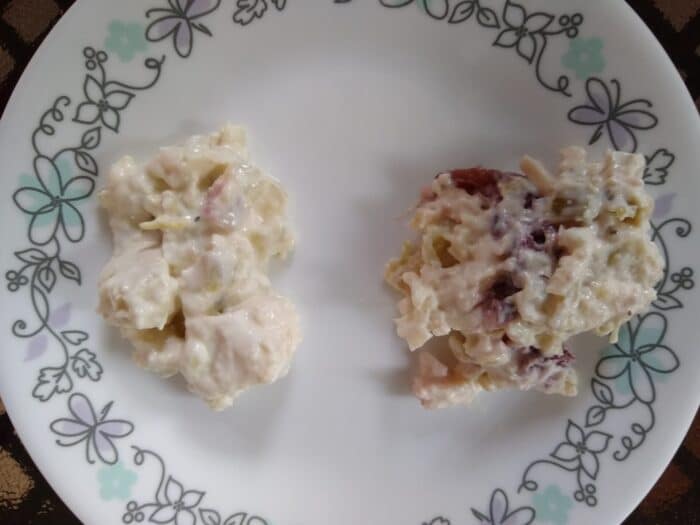 We like both of them. The regular chicken salad is your traditional chicken salad, with large chunks of meat, a sauce that is both sweet and savory, and a little crunch courtesy of the celery. Keep in mind that the classic contains eggs, soy, and wheat.

The cranberry almond chicken salad has nice chunks of meat, a sauce that is sweet, cranberries that complement the sweetness, and almonds that add a little crunch. This version of chicken salad contains almonds, eggs, soy, and wheat.