Street corn is a Mexican dish that consists of grilled corn smothered with a mixture of mayonnaise and sour cream and topped with cilantro and cotija cheese. It’s popular in Mexico and also in certain U.S. restaurants. It’s not hard to make it yourself, but you can also find variations on street corn in grocery stores. You can even find it in a dip form at Aldi. 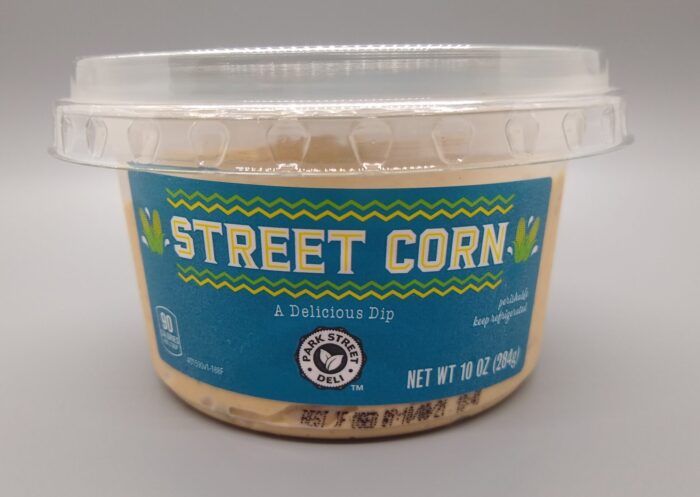 Park Street Deli Street Corn Dip cost $3.29 for a 10-ounce container at the time of publication. The label describes this as “a delicious dip made from fire roasted corn, cilantro & red chili spices in mayonnaise & sour cream, with Monterey Jack, cotija, & Neufchatel cheese.”

This appears to be a Regular Buy, which means it should be available at Aldi all year. It is sold alongside another southwestern-themed dip: Mexicali, which includes various peppers and onions, spices, mayo, sour cream, and cheese.

If you’re watching out for allergens, this street corn dip contains egg and milk. 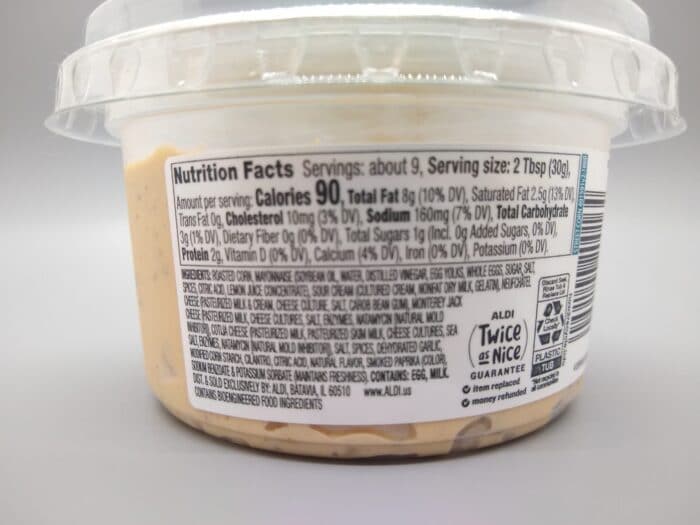 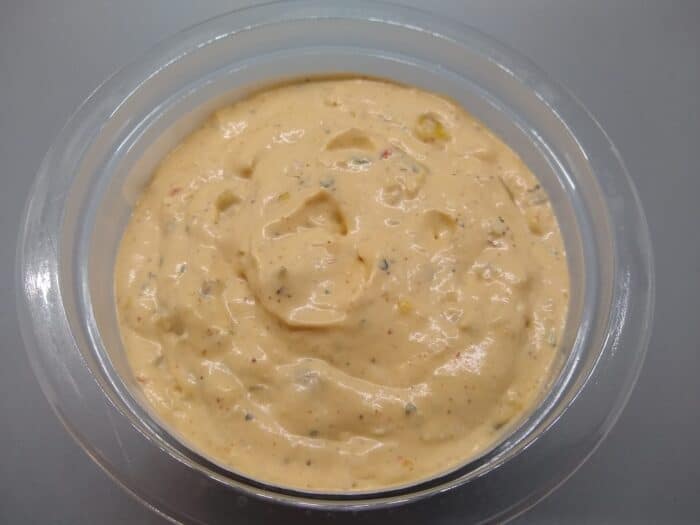 This dip was a hit in my house. It’s got some kick to it, but it’s not overly spicy. It’s flavorful and goes great with tortilla chips, but you could also serve it with crackers or cut veggies. It’s a fairly smooth dip aside from the corn. The corn kernels are on the chewier side because they’ve been marinating in the dip, but otherwise this is a fantastic dip that’s great as an appetizer or side item for your next taco night. One container goes quickly, so you might want to buy extra.