Summer is grilling season. There is something both exciting and fun about getting into the open air and firing up the heat for burgers, steaks, chicken, vegetables, or whatever else I feel like grilling up. In many cases, I could bake, broil or panfry those things, but for some reason they come out better on the grill.

Grilling, though, benefits from using the right tools. You can use many of the same tools outside that you use inside, but sometimes grill tools have advantages. For example, I have some kitchen tongs that I can put to use on the grill, and they work fine … as long as there aren’t flare-ups. My kitchen tongs are short, so if the flames get too big there isn’t as much distance between my hand and the fire as I’d like there to be. Grill tongs provide more distance, which makes them a safer option. 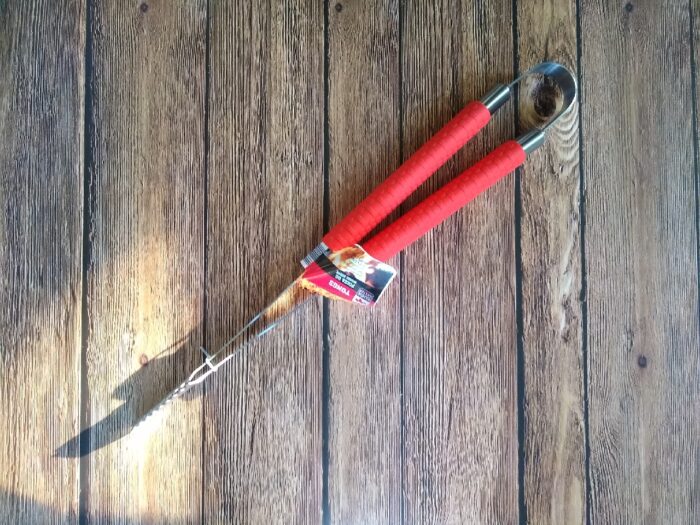 Range Master Grill Tongs (Product Code: 44778) are an Aldi Find, which means they’re only in stores for a limited time. Once they’re gone, they’re gone. At the time of this post, Aldi was selling Range Master Tongs, Brush, or a Spatula, all for $3.99 each. (That’s cheap.) I decided to try out the tongs. 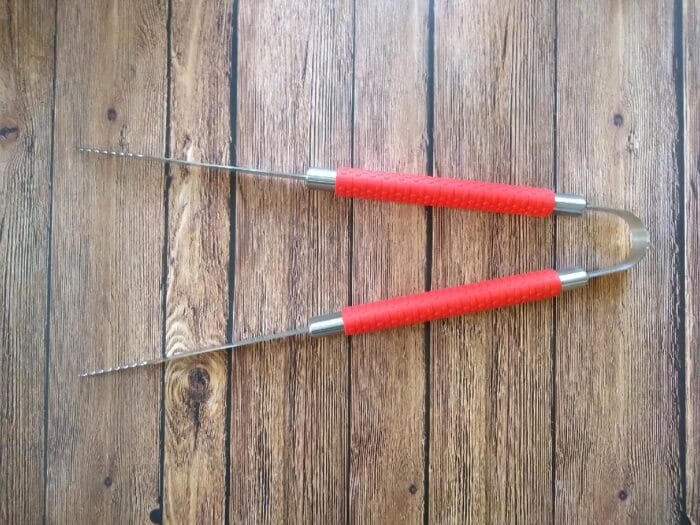 In addition to the soft handle grips, the tong ends are toothed, which can help with getting a grip on hard-to-grab meats and veggies. 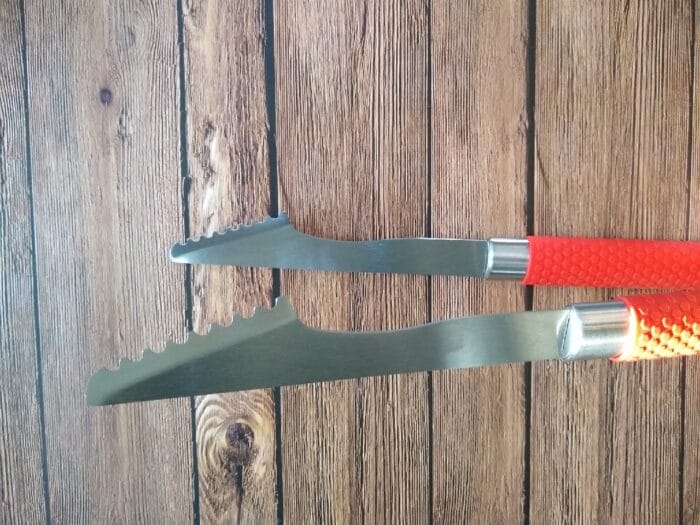 I tried the tongs while making pork chops on my (old) grill. I found the tongs to be useful. They do a great job picking up the meat. You would have thought from the small size of the pork chops that smaller tongs would be better, but I actually found the Aldi tongs to pick up the little pieces better than my kitchen tongs did. 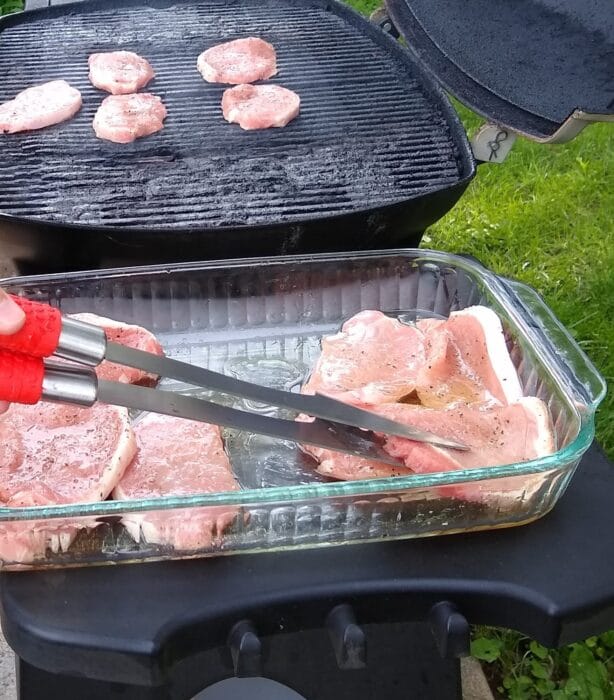 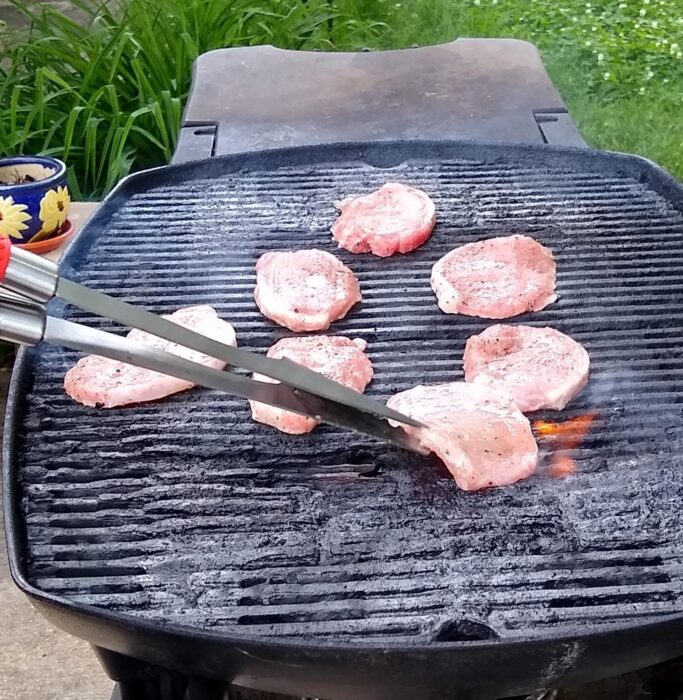 As for downsides? One comes to mind. The tongs require some force to close. That means you need a fairly strong grip. Depending on your grip strength, opening and closing them can be difficult, and opening and closing them several times can start to tire out your hand. So if you’re someone who, for one reason or another, doesn’t have the strongest of grips, be aware of that as you consider these.

Range Master Grill Tongs get the job done for only a few bucks. The toothed design is solid for picking things up, and the length keeps your hand away from the fire. They take a little force to close, though, so keep that in mind if you’re not someone who can put a lot of force into your grip.