When I was a kid, we used to go to Pizza Hut sometimes. I remember sitting in a booth, waiting while they dragged out large plastic containers of soda and water (some families would get beer, too) followed by the likes of salad and, of course, pizza. I can still smell all of it in my mind.

One little curiosity I remember about Pizza Hut were these little packets they would toss on the table along with the pizza. One set of packets contained pepper flakes, while another set contained grated parmesan cheese. I never touched the pepper, but I found the parmesan to be a great addition to a hot pizza. Our family also was known to use the store-bought version of the stuff on Italian dishes like spaghetti or Italian-style salad. 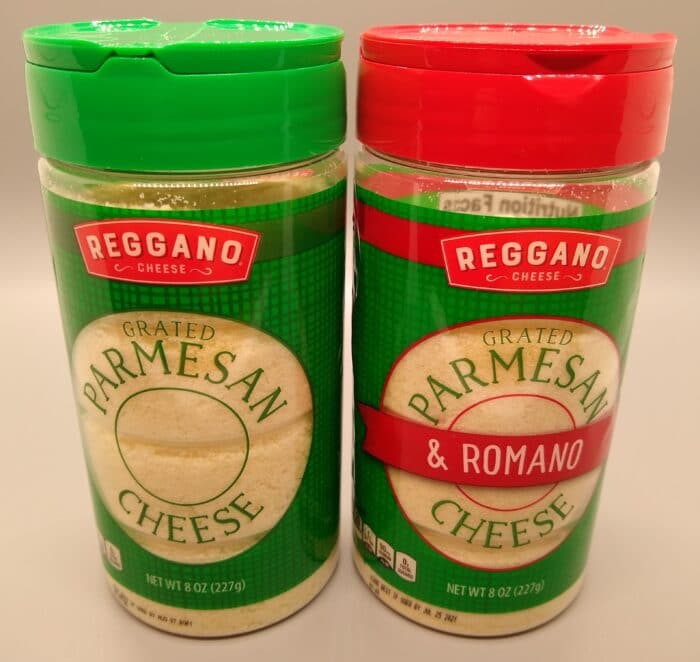 Aldi sells a couple of versions of grated parmesan: a straightforward parmesan in a green lid and a parmesan and Romano cheese blend in a red lid. Both are Regular Buys — they’re in stores all the time — and both come in 8-ounce plastic containers. They currently run $2.29 each in our stores, but your mileage may vary.

If you’ve used other parmesan containers, you’ll be right at home with these. The lid has a vacuum seal that allows it to be stored unopened at room temperature, but the container advises storing it in the refrigerator after being opened. The lid pops open to reveal two different openings, a larger one for pouring and one with smaller holes for sifting. You can also remove the lid entirely if you need to. 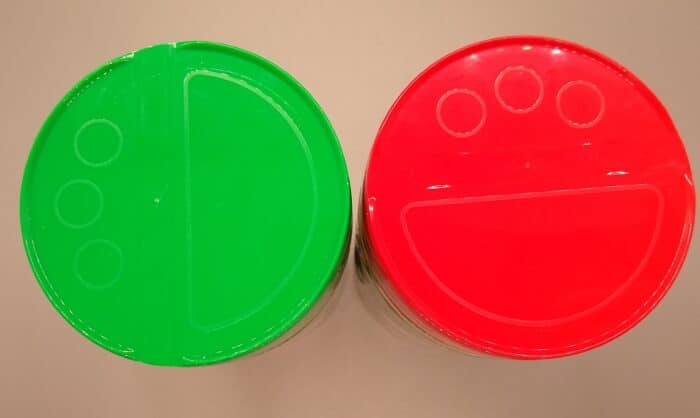 We’ve used both the parmesan and the parmesan-Romano blend. They both taste pretty similar to me. I’ve tried both side by side, and while there may be a slightly more pronounced flavor with the blend, I don’t know if I’d be able to tell the difference in a blind taste test. I like the taste and texture of both, and I think they substitute just fine for a name brand. 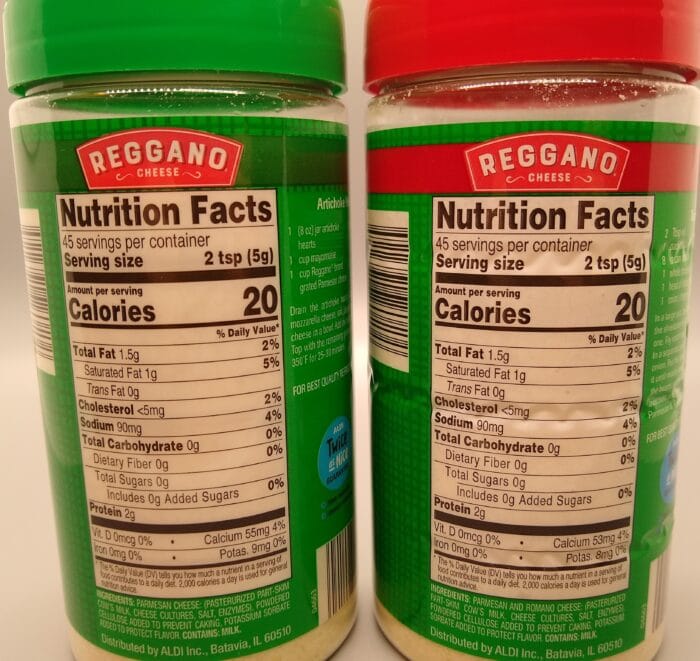 If you need grated parmesan, Aldi has grated parmesan. It’s inexpensive, easy to use, and tastes like parmesan should taste. The Romano blend might be slightly more flavorful, but I would take either on my Italian food.