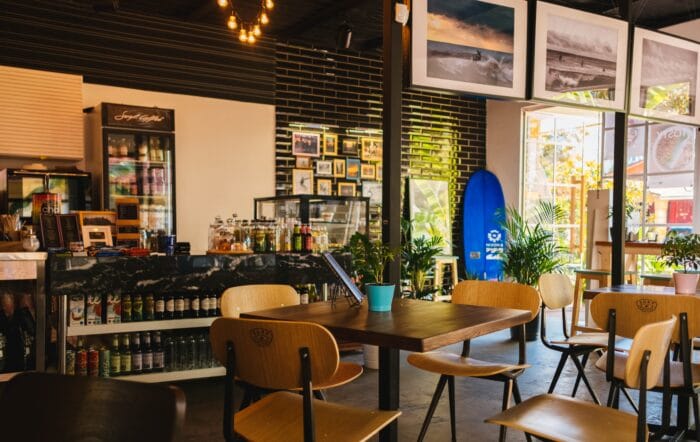 Eating out is a really fabulous activity, as it can be both a great social experience and a memorable food adventure. Restaurant food tends to be good, and when you pair that with family or friends, you can make for a great hour (or three). I have some great memories of eating out with those I care about.

Eating out, though, isn’t always an option. Sometimes eating out is too expensive for the budget. Other times it’s an issue of time, or perhaps even health, as the sodium count and portion sizes at restaurants can be high. And, occasionally, it might even be hard to eat out because of restrictions stemming from a global pandemic.

Regardless of the situation, it can be a bit of a letdown when you can’t hit your favorite local eatery.

Aldi can’t solve all of your problems, but I have found that, in some cases, Aldi can help to give you a decent imitation of some restaurant experiences.

Before we begin, here are a few suggested cooking approaches:

I personally think breakfast is one of the easiest meals of the day to reproduce at home. With apologies to all those great breakfast places out there, I think hot and cold foods can be duplicated nicely at home. One exception is donuts, which can be more difficult (but not impossible) to make.

Aldi is particularly well-equipped to help you make your own hot breakfast. Aldi eggs, for example, are cheap and can be cooked a number of different ways, from simple scrambled to part of a robust breakfast burrito.

Aldi meats taste, to me, like what I’d get at IHOP. For bacon, I’d recommend Appleton Farms Premium Sliced Bacon, and if you want to really nail the crispiness, you might try baking it: either in the broiler for 4-6 minutes, or in the oven for about 10 minutes at 400 degrees. For sausage, the most restaurant-like, in my view, is the uncooked Parkview Breakfast Sausage Links. They take a little longer to cook than the pre-cooked Breakfast Best Heat and Serve Links, but the taste and texture, I think, are closer to eating out — they have that slightly tough outer skin that you think of with a local breakfast dive.

I would also point out that I’ve used Appleton Farms Premium Pork Sausage as a base to make homemade biscuits and gravy that I actually prefer over the sometimes-bland mixes restaurants use. I fry up the sausage in a large skillet, drain it, then mix a 1/2 cup flour and 4 cups of milk and pour the mix into the skillet, heating until it thickens.

One final note: Aldi does sell some prepackaged heat-and-serve breakfast entrees, like sandwiches and breakfast bowls. These aren’t bad, but they’re not a substitute for a restaurant, in my opinion, in large part because they don’t microwave up with quite the same texture. I prefer to make them myself, and because Aldi sells all the component ingredients, I can.

There are seemingly a million different things you can order for lunch and dinner at a restaurant, from comfort food to exotic healthy fare. I won’t try to reproduce all of them here, but I will try to highlight some of the more popular options.

I’ll also point out that some Aldi products, in this area, can be hit or miss. I’ve found Aldi oven-baked chicken to be a great imitation of, say KFC or Popeyes, but not all of our readers have had the same experience, as noted in the comments of our reviews on those products. I’ve also found views on Mama Cozzi’s take-and-bake pizzas — probably the closest approximation to a restaurant-style pizza — to be all over the map. And while Aldi used to make top-tier Indian fare, that’s, sadly, no longer the case in all categories.

If you’re looking to make a burger, I think Aldi can do this quite well. Aldi’s Beef Burgers are very competent frozen beef patties, and they heat up well, especially on a grill. Standard Aldi buns are fine, but if you want something more artisanal, I recommend picking up Aldi’s brioche buns, which are especially good if you heat them in the toaster or air fryer for a couple of minutes.

Also, a pro tip: when you make a cheeseburger, consider wrapping it in a paper towel and heating it in the microwave for, say, 10 seconds. It’s what McDonalds basically does, and it helps meld the flavors together.

If you prefer chicken to beef, Aldi sells Kirkwood Breaded Chicken Breast Fillets, which, when paired with a brioche bun, are about as close to Chik-fil-A as you’re likely to get. Those fillets also go well cut up over a salad. (If you go the salad route, try Aldi’s powder mix Tuscan Garden Ranch Salad Dressing and Seasoning Kit, which we feel is more restaurant-like than the Aldi bottled Ranch.)

What about fries and chips? Some of our favorites, sadly, are ALDI Finds, which are only available sometimes, but there are some decent Regular Buys, too. If you like standard fries, Aldi’s crinkle-cut fries are pretty good in the air fryer, while fans of curly fries might like the similar taste of Aldi’s seasoned fries, also best out of the air fryer. In terms of chips, Aldi chips are a mixed bag, but the regular potato chips are similar to what you’d pluck off the shelf at Subway.

One more potential ticket item in restaurants is steak. Aldi has several steaks for a number of different uses, but if you’re just looking for a classic steak, USDA Choice Ribeye Steak, grilled of course, is probably your best bet.

Aldi has plenty of beverages. On the soft drink front, you have the usual soda suspects, both Aldi-specific and brand name. While I think Coca-Cola is superior to Summit Cola, I think Aldi root beer and lemon-lime soda are pretty comparable to the brand alternatives. Also, if you like the craft soda feel of some eateries, I really love Aldi’s craft drinks, too.

In terms of alcohol, Aldi also sells plenty in the wine and beer categories, from IPAs to French specialties. We have pieces about Aldi beers and Aldi wines that you can parse through to look for what fits.

Aldi does hot drinks, too. If you need a good donut shop coffee, for example, Aldi sells that, and the Aldi tea lineup covers a lot of the big bases.

I’d say that most Aldi desserts are good but not great. A quality restaurant dessert isn’t always easy to duplicate, and although I think Aldi sells some fun sweets, I’m not sure many of them are of the caliber of places I’ve eaten out.

One exception, in my mind, is cheesecake. While Aldi sells slices of cheesecake, whole Aldi cheesecakes are admittedly only an ALDI Find, meaning they’re only in stores sometimes, but I’ve generally been impressed with the quality of the cheesecake the grocer serves.

Still, with a blender and the right ingredients you might be able to whip up a decent Blizzard impersonation using Aldi ice cream and whatever candies you can come up with.

Have your own favorite restaurant Aldi imitation? Share it in the comments!