And I almost always see kettle chips as an option.

Kettle chips aren’t exclusive to these places, of course. You can get them at Subway if you want to. But kettle chips have taken on an aura of being something more upscale than your run-of-the-mill potato chips or wavy chip. Kettle chips are something different, especially when you see them paired with more unusual flavors.

It might surprise you to know that kettle chips — or, more accurately Kettle Chips — is a brand. The chips were first created by an American Sikh named Cameron Healy, who in 1982 devised a method for making chips in a kettle based on something he’d seen while on vacation in Hawaii. He returned home to Salem, Oregon, where he developed the product and later sold it to a larger food company.

It took off, to the point where other companies started using the kettle chip name, too. This led to a series of bitter trademark disputes, which ended in 2007 when a judge ruled that kettle chips are a generic name that couldn’t be trademarked. Through various sales, Kettle Foods is today a subsidiary of the Campbell Soup Company, but the term “kettle chip” can be used by any company selling that kind of product.

Aldi sells that kind of product. 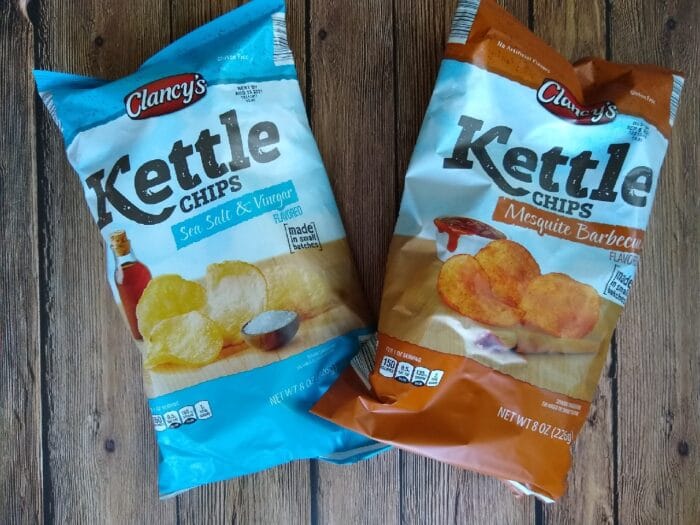 Most Clancy’s Kettle Chips are an everyday Regular Buy, which means you can get them in stores all the time. They currently cost $1.29 for an 8-ounce bag. At 16 cents an ounce, that’s more than I typically pay for other Aldi chips, but it’s still a lot less than what I’d pay for either name brand potato chips or name brand kettle chips.

At the time I wrote this post, I was able to find two versions: sea salt and vinegar or mesquite barbecue. Since then, I also found Original and Jalapeno. There are sometimes other ones out there, too, depending on the store and season, including occasional Aldi Finds. 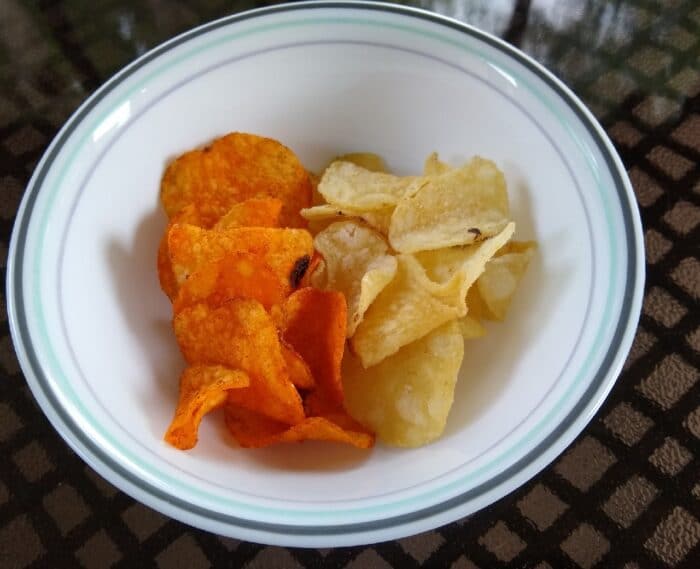 Mesquite at left, sea salt and vinegar at right. (Click to enlarge.)

I found the chips to taste the way I expected them to. The sea salt and vinegar has that bite that comes from the vinegar, along with the saltiness. The barbecue has a pretty conventional barbecue flavor. And the chips are crisp and crunchy, just like kettle chips are supposed to be.

Are they healthy? No, they’re not. They have plenty of carbs, fat, and sodium, and they are especially bad if you eat them in large amounts. As with all chips, these are moderation foods. 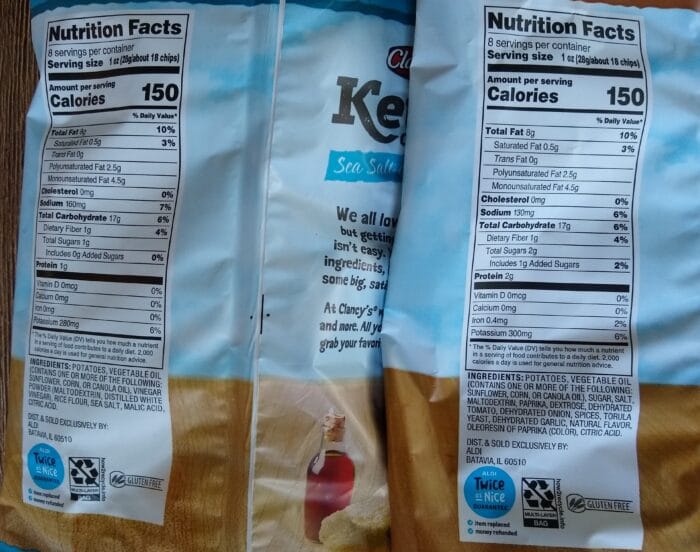