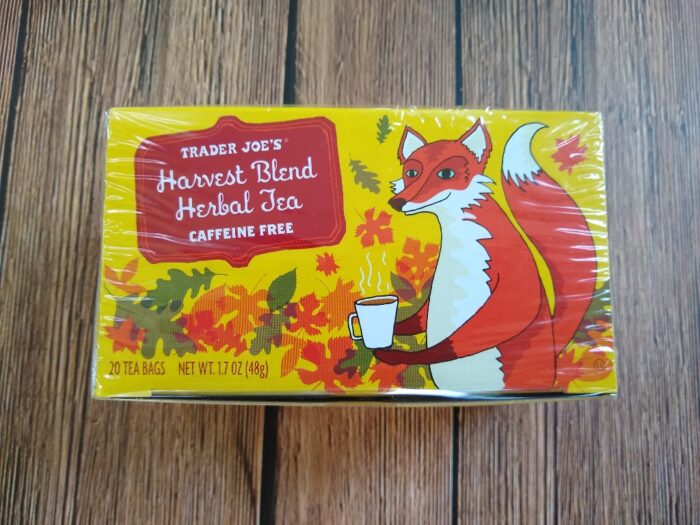 EDITOR’S NOTE: Read our roundup post about some of Trader Joe’s other teas here.

Last fall while visiting a relative who is a fellow tea drinker, I was introduced to a new-to-me seasonal tea from Aldi’s cousin, Trader Joe’s.

“We call this Fox Tea,” she said, showing me the box, which features a brightly colored fox holding a steaming tea cup while surrounded by orange, red, and green leaves.

She told me how much she and her daughters love this tea, but it is only at Trader Joe’s for a short time each fall. She said she makes sure to pick up a box or two each year, and she sent me home with a few tea bags packed in a sandwich bag.

When I tried the tea a few days later, I understood why she and her family like it so much, and this year I planned a trip to Trader Joe’s in September just so I could score a few boxes for myself.

At the time of publication, it cost $1.99 for a 1.7-oz. box containing 20 tea bags. That comes out to about 10 cents per tea bag, which is a bargain for tea because name-brand teas such as Bigelow or Twinings often cost $3 or more for a box of 18-20 tea bags. 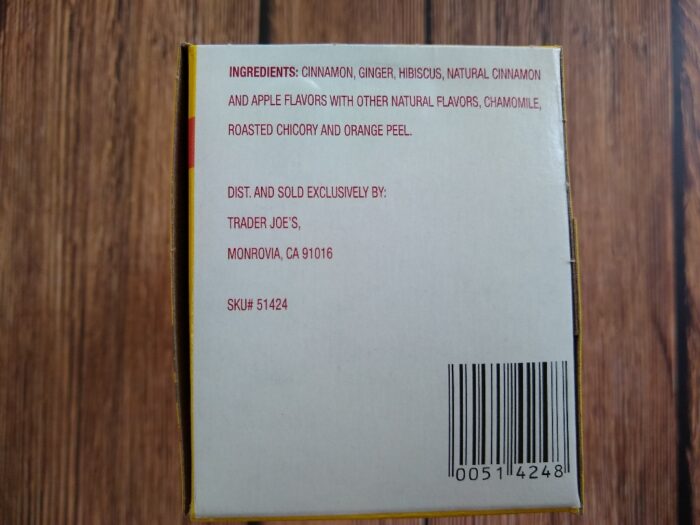 This harvest blend tea has a lot of flavors and aromas that are associated with autumn, such as cinnamon, ginger, and apple.

This isn’t just a basic spiced apple tea, though. It has a complex flavor, owing to other ingredients like chamomile, which has apple notes as well, along with the nutty flavor of chicory and the tart flavor of orange peel. These all combine to create a unique fall-themed tea that is unlike any other seasonal tea I’ve found in stores.

This has become one of my must-have autumn teas, and every year I’ll be looking at Trader Joe’s for the box of tea with the fox on it.

Trader Joe’s Harvest Blend Herbal Tea takes the basic spiced apple tea a few steps farther with the addition of ingredients such as chamomile, chicory, and orange peel. If you like seasonal, fall teas, this tea with the colorful fox on the box is a great choice.