My wife and I drink a fair amount of tea, especially on mornings when we’re not going anywhere. Tea is good at all times of the year, but it’s especially nice on those cold fall and winter days. Hot tea adds a little warmth to one’s body and a little light to those cloudy, dreary days.

Most grocers carry tea, especially staples like black tea, English breakfast tea, and green tea. Trader Joe’s is no exception: the distant cousin to Aldi stocks a robust selection of tea options, from staple black teas (my favorite) to more fruity or herbal options (my wife’s favorite). TJ’s is also known to rotate the occasional seasonal tea, so when we saw this one, we decided to try it out. 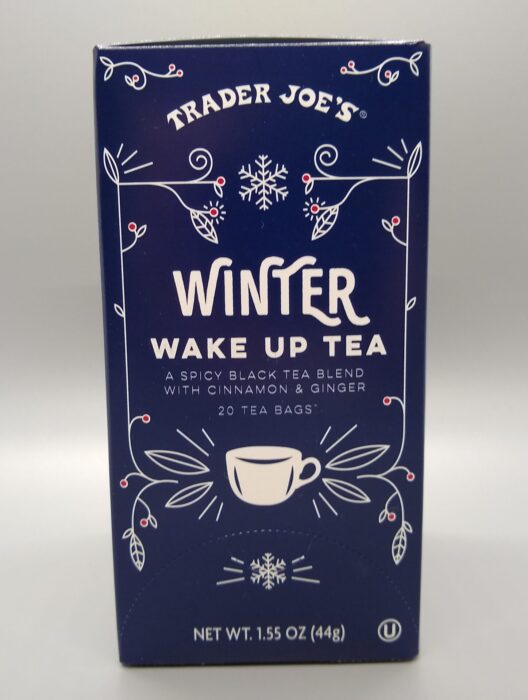 Trader Joe’s Winter Wake Up Tea comes in a box of 20 bags. At the time of this post, it cost $2.79, or right around 14 cents a bag. That’s a little more than your average TJs tea, but you’re also paying for something a little different.

The packaging does not indicate where the tea was sourced from or who packaged it, other than the fact that it’s distributed by Trader Joe’s.

The box comes with twenty tea bags. The tea bags themselves are each sealed in individual plastic packaging to preserve the tea bags. Oddly, the plastic packages are all lightly glued together, so you first have to separate one of the plastic bags from the others before tearing it open and pulling out the bag. Beyond that, though, using these tea bags is just like using any other tea bag. 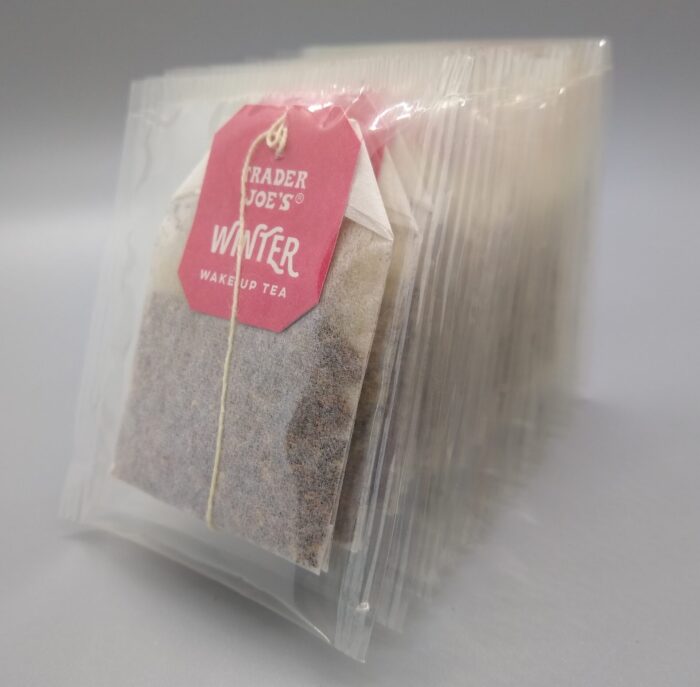 Tea bags all stuck together.

The packaging does carry information on how to brew the tea, both hot and cold. In both cases, the box recommends brewing (steeping) the tea in the water for 3-5 minutes. 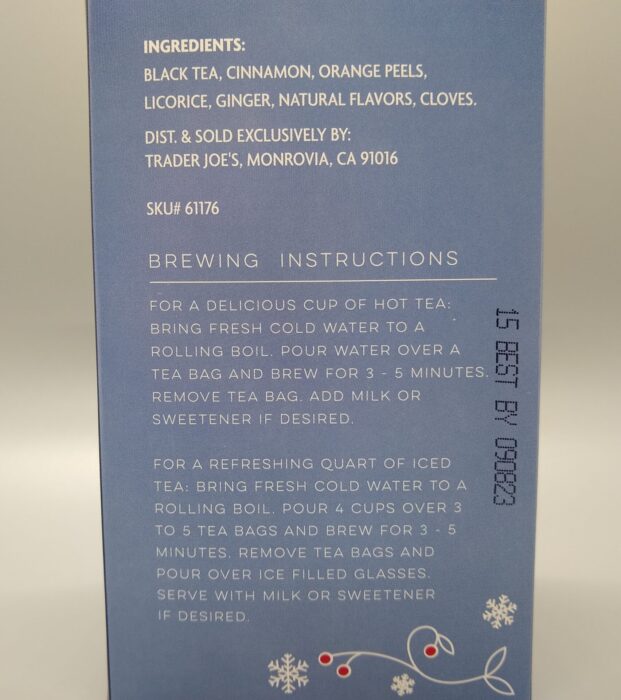 This is a pretty good tea. The cinnamon is the strongest flavor in the mix beyond the black tea itself, but there are traces of the other flavors as well. As more of a person who prefers black tea without anything added, I still liked this tea. My wife did, too. It certainly has a nice mix of flavors that are good without being too overwhelming.

Trader Joe’s Winter Wake Up Tea is a good tea, with just the right blend of cinnamon and other additions to give it a flavor beyond the normal black tea. It costs a bit more than your average TJ’s tea, but as far as unique teas go, it’s still not overly expensive.