Our family often packs lunch food in a cooler and accompanying carry bag when we travel. It’s undeniably cheaper to make lunch at a rest stop than it is to hit up a drive-thru, but we also like the more relaxed pace of pulling up to a picnic table rather than waiting in a crowded line.

Potato chips aren’t necessarily the healthiest thing to eat, but they are a nice sometimes treat for those trips. The problem is that potato chip bags don’t always hold up when packed with all the luggage in the trunk. Chips in a can are a durable solution. We’ve been known to pack Aldi chips, but Aldi’s distant cousin also carries them. 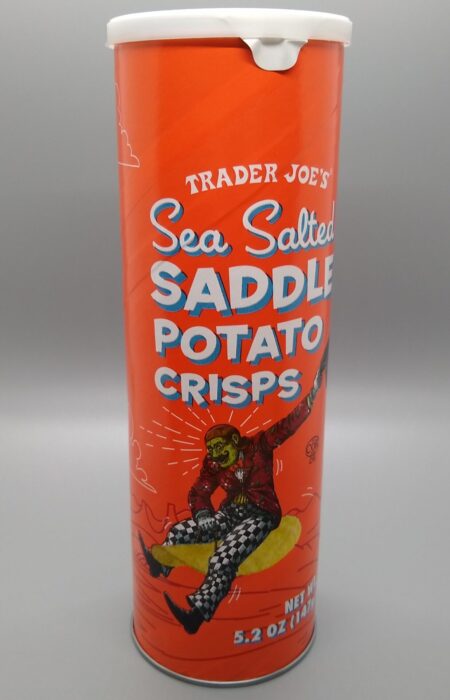 The can indicates that they’re a product of Canada.

We’ve learned in the past that there are two big players in the canned chip market: Pringles and Lay’s Stax. Stax are thicker than Pringles and have flavoring on the inside curve of the chip, which makes them less likely to break when you eat them. While Aldi chips are designed more like Stax, Trader Joe’s Potato Crisps combine qualities of both of the two name brands. Like Pringles, TJ crisps are thin, but they also have their flavoring on the inside curve, which makes them less messy. 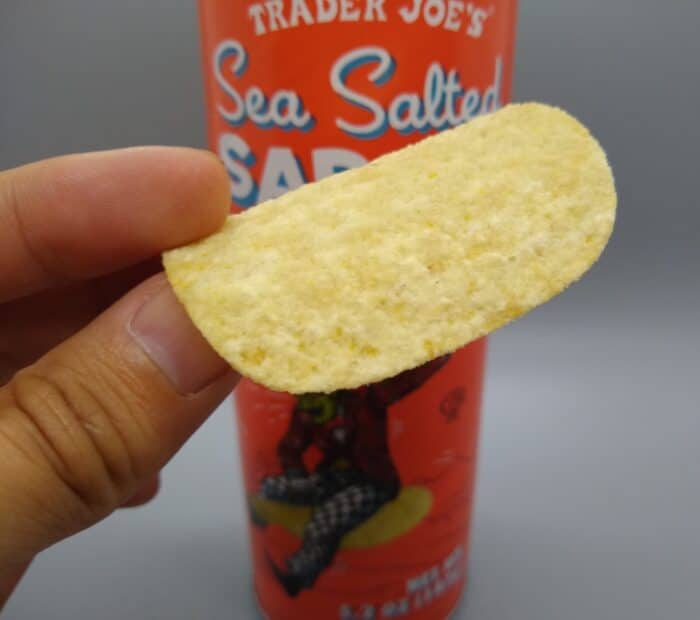 This has the effect of producing a chip that is both light and flaky while also tasty, with a good balance of salt. These are good potato chips. I have to say that I like them better than Pringles myself, and they’re also superior in my opinion to Aldi Stackerz, even if Stackerz are probably a better value.

Are they healthy? They’re potato chips, so no. Still, they have a relatively modest ingredient list. 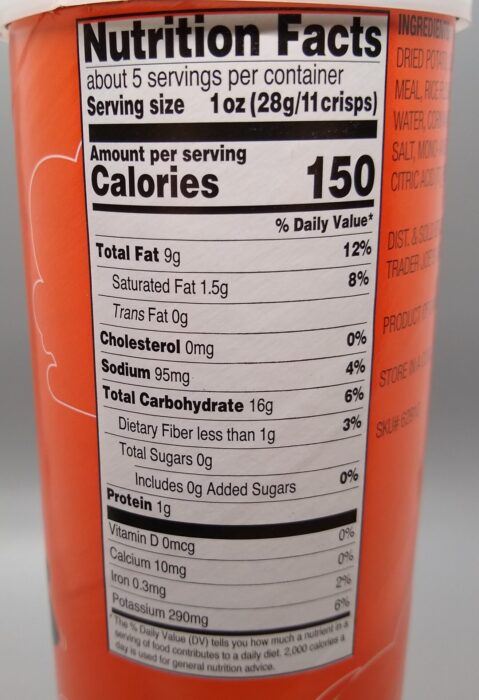 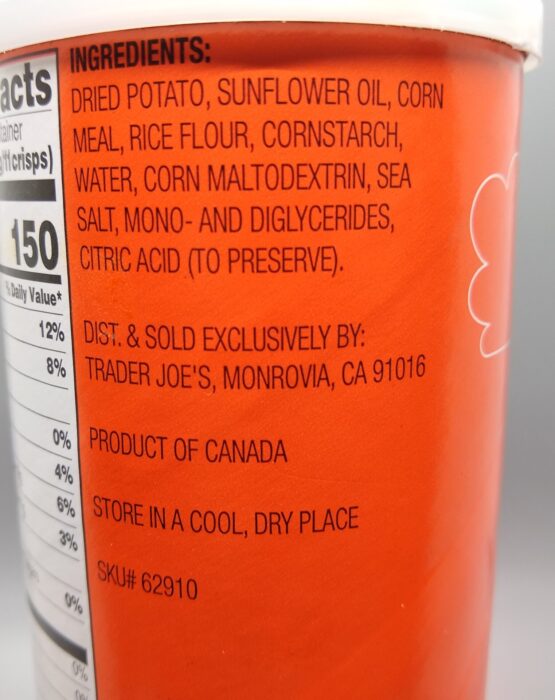 These aren’t exactly budget chips, but Trader Joe’s Sea Salted Saddle Potato Crisps are good. I like them more than Pringles, with a crispy, flaky texture and just the right amount of saltiness. If Pringles or Lay’s Stax are your thing, these are worth picking up off the TJ’s shelf.