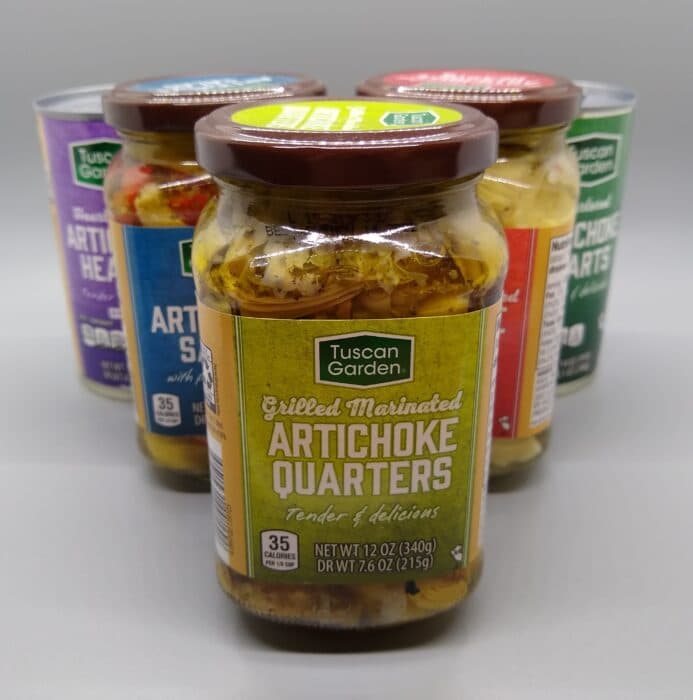 Artichokes are a plant whose origins as a food may go back to the Greeks and Romans. Artichoke hearts are the edible parts of artichokes, and they are especially popular in Italian salads and dishes. My grandmother used to make a Rich and Charlie’s salad — a St. Louis salad similar to Pasta House Salad — using artichoke hearts, and I’ve also seen them on things like pizza.

As niche as artichoke hearts seem to be, Aldi has a surprising variety of them. By our count, there are some five different kinds of artichoke hearts on our local Aldi shelves — two canned, three jarred — and all of them appear to be everyday Regular Buys. 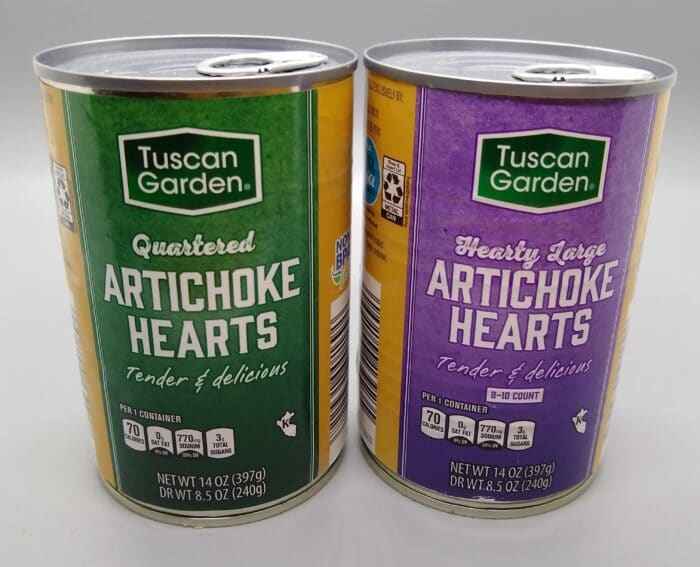 The Aldi canned artichoke hearts come in 14-ounce cans. At the time of this post, they were $1.89 a can, or 13.5 cents an ounce. They come in two varieties: Hearty Large Artichoke Hearts and Quartered Artichoke Hearts. They are listed as a product of Peru.

I think they have about the same taste and texture, so which one you want will depend on what you need them for. Our experience with these has been varied; sometimes parts of them can be a little tougher than the name-brand artichokes we buy. It varies, though. 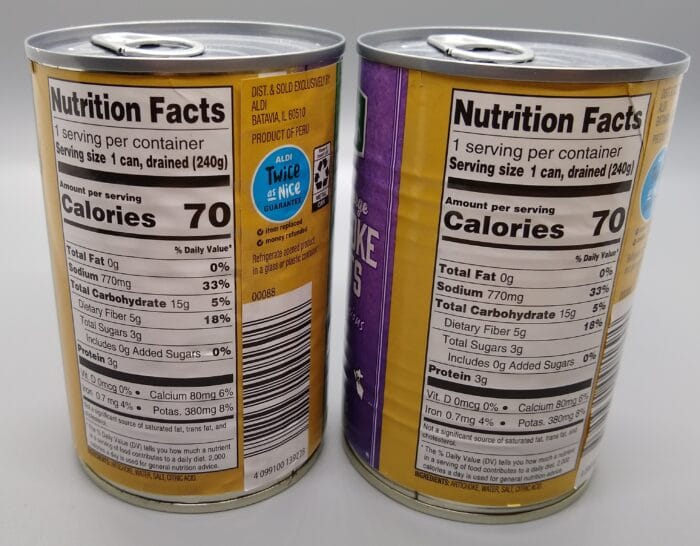 Nutrition information for the canned artichokes, quartered at left, whole at right. (Click to enlarge.) 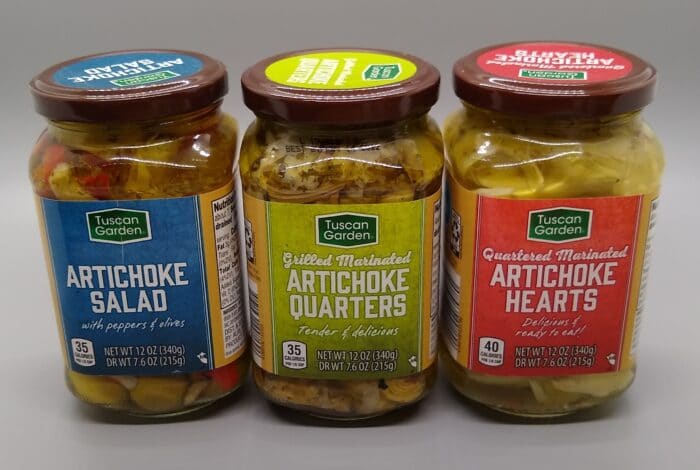 Aldi artichokes in a jar currently come in 12-ounce containers and cost $2.39, or 19.9 cents an ounce. That makes them more expensive than Aldi canned artichokes, although they’re less expensive than the $2.50-$3.00 Reese brand jarred artichokes we see at our larger regional grocery store. Like the canned ones, they are listed as a product of Peru.

I felt like the texture of these was pretty similar to the canned artichokes, to the point where I’m not sure I’d get the jarred ones over the canned ones unless I had a specific specialty item that needed the specific marinades and additions in the jars. 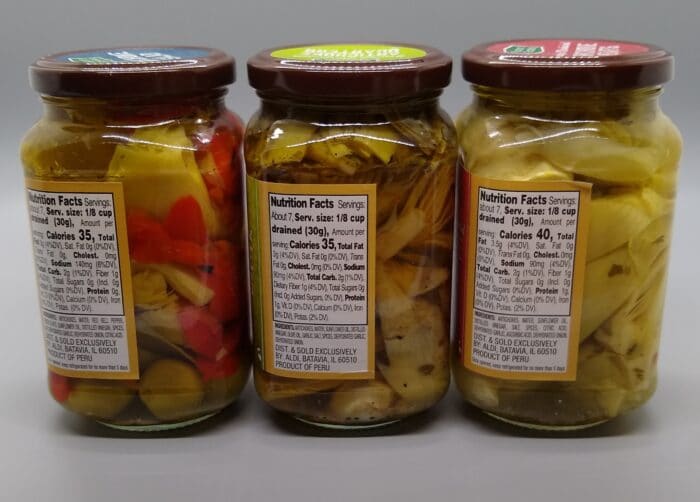 Aldi sells a surprising variety of artichoke hearts, both in canned and jarred versions. Occasionally we find some of them to be a little tougher than their brand-name counterparts, but overall they’re pretty good, and less expensive than name brands at our regional traditional grocery store. Whether you need canned or jarred will depend on what you need them for.