If you enjoy seafood, you’re in luck at Aldi during the season of Lent, when the grocer rolls out a variety of limited-time fish specials, from lobster mac and cheese to stuffed clams to traditional fish fry fare. 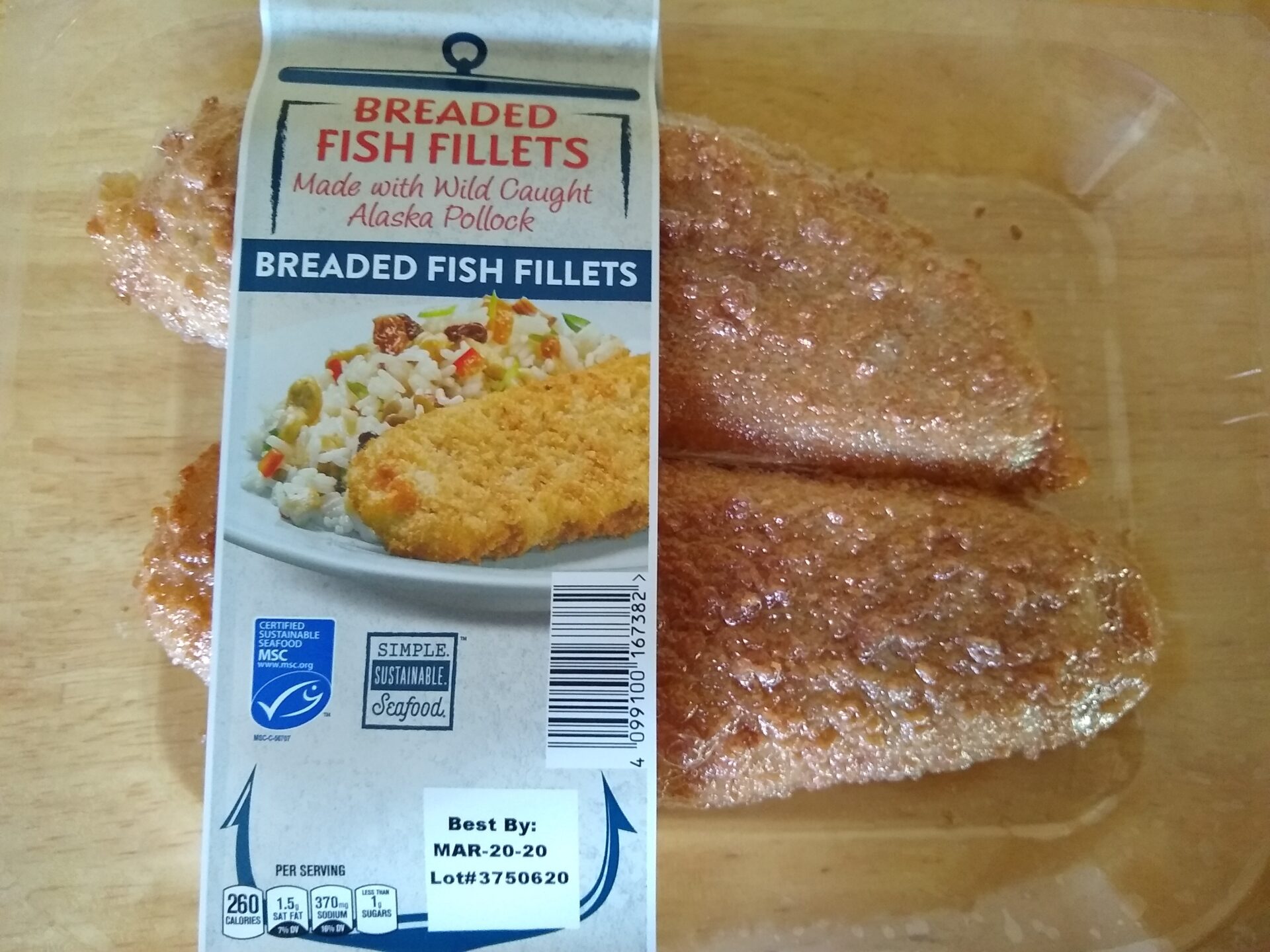 Aldi’s Breaded Fish Fillets cost $4.99 at the time of publication for a 10-oz. pack containing two fillets. That makes these not the cheapest meal out there, since I had to buy two packs at a total of $10 to feed my family of four, but they’re also not the most expensive dinner either. They’re sold in the refrigerated ALDI Find (Special Buy) section, which means they’re in stores for just a short time. Although they’re not sold frozen, which would seem to indicate these are more fresh, the package states they were previously frozen.

They’re made with wild-caught Alaska pollock. They’re produced in the Netherlands and packed in the U.S. They were caught in the Pacific Northwest using the trawl method and are certified sustainable through the Marine Stewardship Council.

The package says these may contain bones, but my family didn’t find any. People with allergies should be aware these contain fish and wheat. 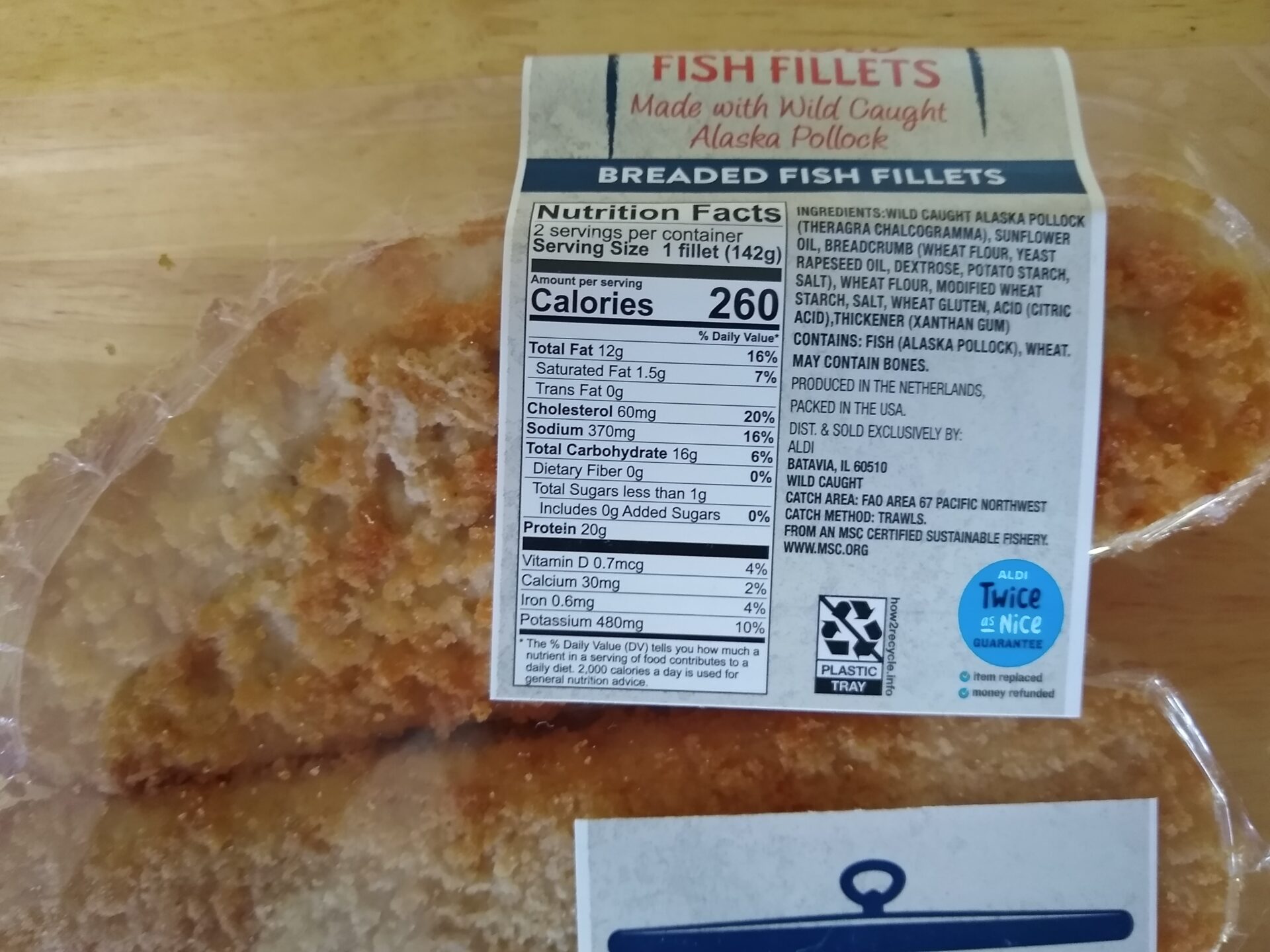 They can be baked or air fried. The fish should be fully cooked to a temperature of at least 145 degrees before serving.

Because I bought two packages with two fillets each, I baked two fillets in a conventional oven and baked the other two fillets in my air fryer from Aldi. While the package directions state to cook at 425 degrees in an air fryer, ours does not heat above 400 degrees. I put them in our air fryer at 400 degrees and they were done in about 14 minutes, and I flipped them over carefully halfway through. 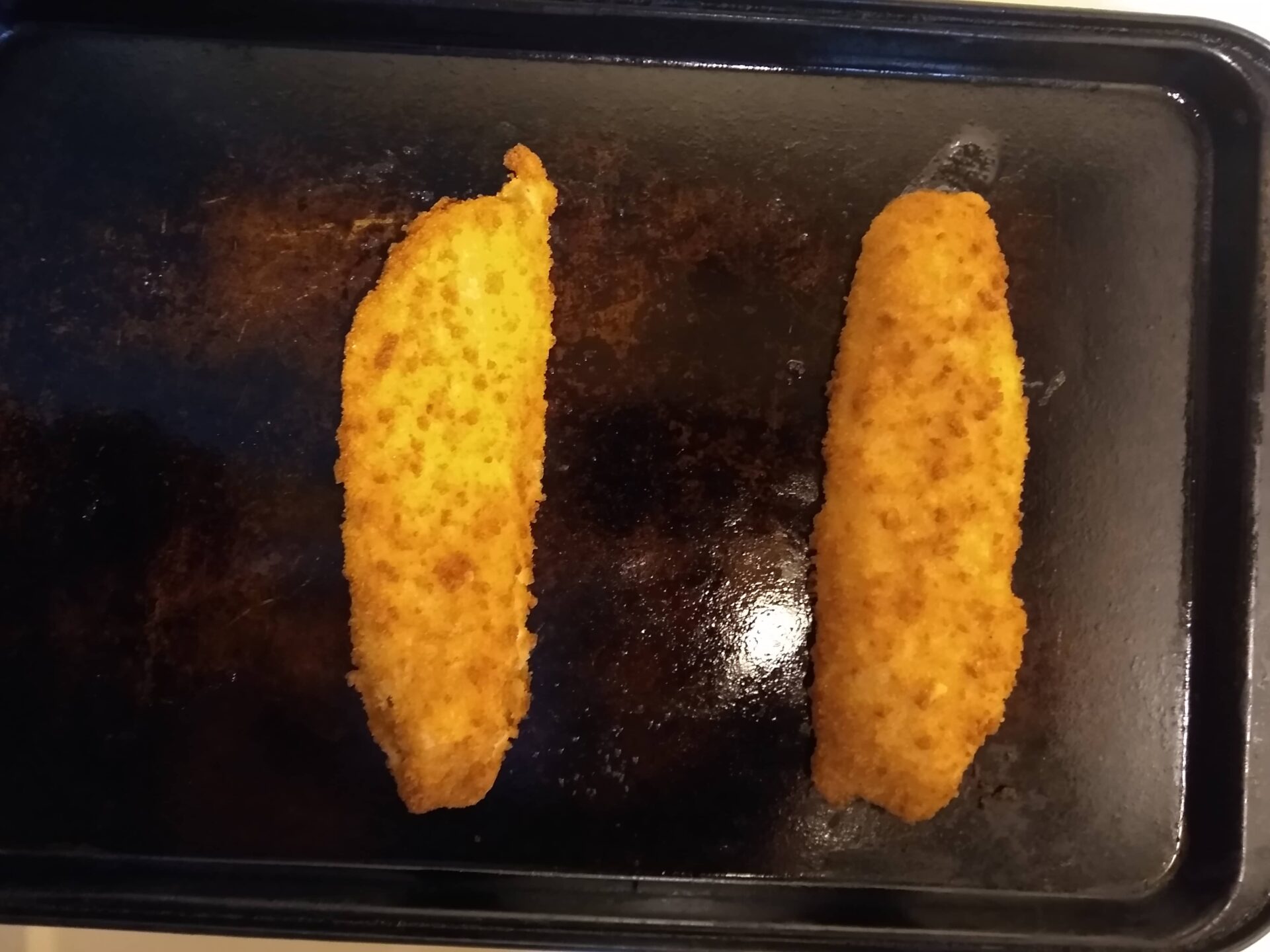 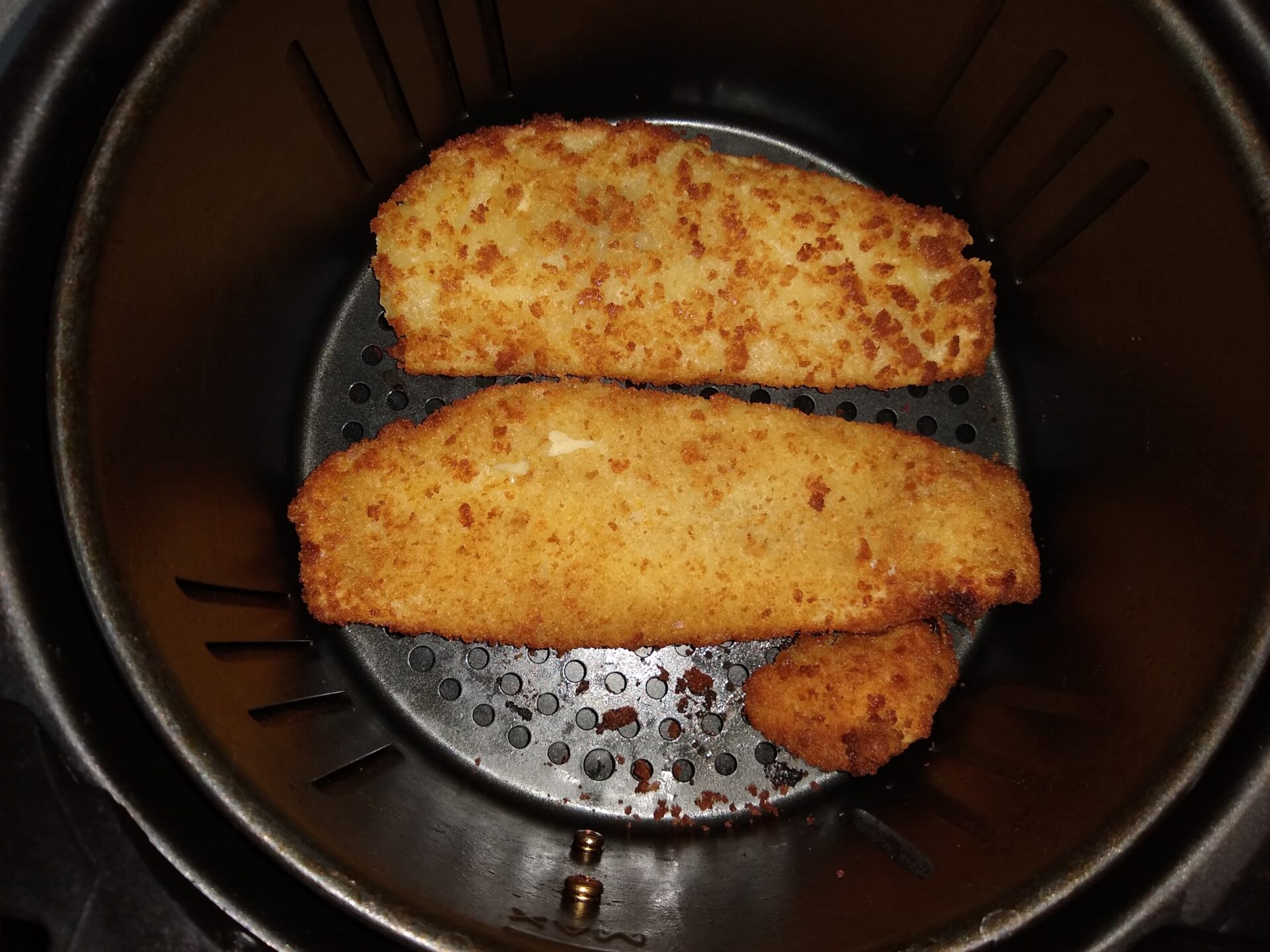 The other fillets after a round in the air fryer. Some of the ends broke off because the fillets are a bit long for our air fryer, but that did not affect their taste.

All of the fillets turned out great, although I was partial to the air fried ones because they were extra crispy. Parts of the fillets broke off a little at the ends when I tried to fit them into the air fryer, but that didn’t affect their taste. These have lots of large flaky chunks of fish meat in them, and they tasted like restaurant-quality fish fillets. My family quickly ate them up. They are well worth the somewhat-higher price tag. And while you’re picking these up at Aldi, don’t forget the tartar sauce in the condiments aisle.

Aldi’s Breaded Fish Fillets bake up crispy in the oven or air fryer, and they taste like what you’d get from a restaurant or a seasonal fish fry event. Highly recommended.