EDITOR’S NOTE: We were able to find and purchase the Belavi Mini Raised Planter, and you can read our full review here.

In April of 2021, Aldi sold a wooden raised planter that was so popular and in such short supply that most stores quickly sold out of their limited stock. I went to a local Aldi on the morning the planters were scheduled to hit shelves, and the manager told me they only received two planters, both of which sold soon after the store opened for the day. I was disappointed but figured it wasn’t meant to be.

Then, in late June of 2021, Aldi brought the raised planter back in miniature form. 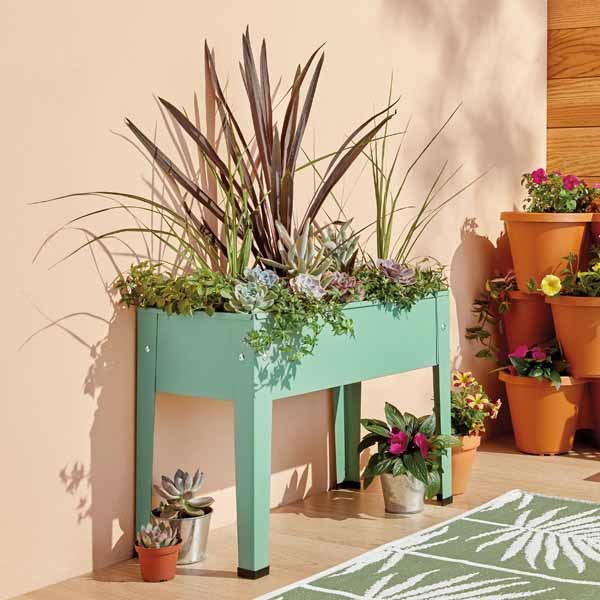 It’s an Aldi Find, which means it’s only in stores for a short time. Aldi does not offer online ordering for its specials once they sell out at your local store, so if you want one, don’t delay.

This mini planter stands just under two feet tall and is less than two feet wide. That’s smaller than the other one Aldi sold, which was about three feet wide and two and half feet tall.

I’m waiting for this to arrive in stores so I can hopefully score one. Until then, I don’t know how easy it is to assemble this planter, what its measurements are, how durable it is, or if it comes with a warranty.

If I can get my hands on one of these mini planters, I’ll post about it. Wish me luck.